Ah, France. Land of cheese and baguettes. A country of delicate, fluffy pastries and croissants, of pies and crepes, and so much more. I lived in France before I was diagnosed as a celiac, and my copious consumption of bread products and pastries certainly led to my finding out I was unable to eat gluten. It’s also responsible for how sick I got before doctors figured out my beloved baguettes were part of the problem. The good news is that traveling in France is very possible while strictly gluten free. The bad news is that croissants smell really, really good.

Being a celiac in France means availing yourself of all the wonderful, quality base ingredients that are found throughout the country. This may mean avoiding bakeries (unless recommended below) but it does not mean going hungry. From fabulous cheeses to buckwheat crepes, to stews and salads and so much more, there is plenty to eat that won’t get you sick – and that will still make you smile.

This guide will help you navigate the dishes you will find, as well as offer alternatives when you are eating out.

NOTE! If you are looking for a French translation card but aren’t traveling to France, you can skip to my General French card here. This card is translated for travel to West Africa, Guadeloupe, and elsewhere, without “France” on the card.

THIS POST WAS LAST UPDATED: MARCH 30, 2021. Unfortunately, during the pandemic a few beloved French celiac spots have closed, including Hemut Newcake, Popotte, and Raccons.

Already know you want a gluten free translation card? You can buy my French card here, as well as Japan, Greece, Spain, and more! 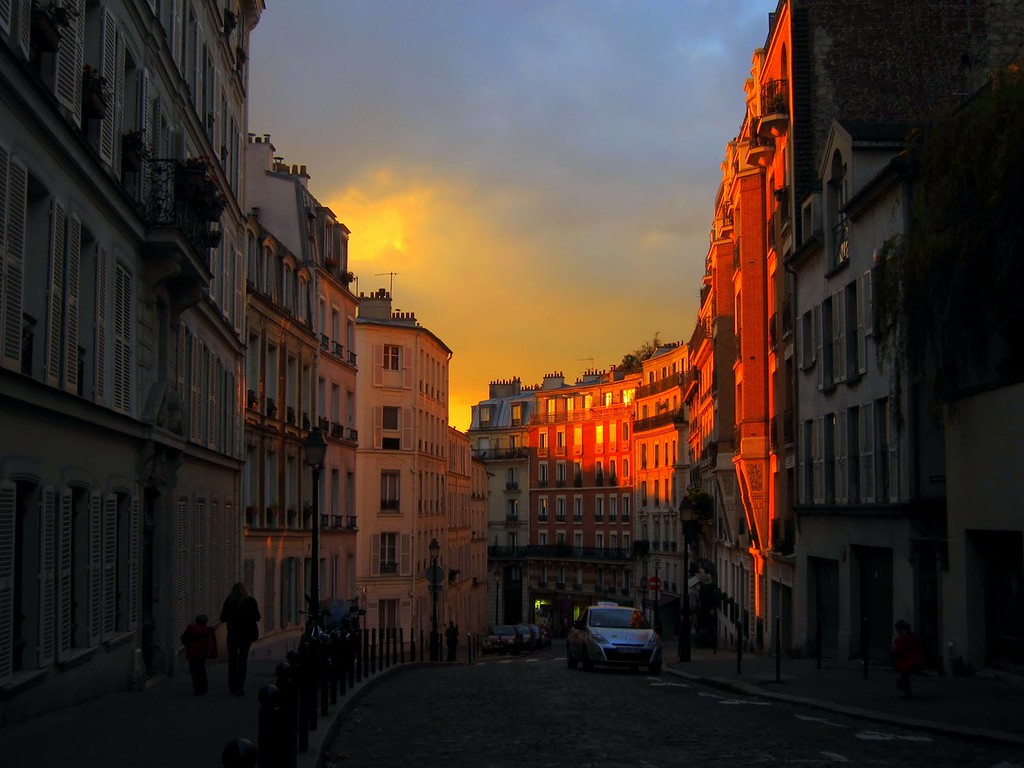 For starters, this detailed gluten free restaurant card will help communicate your eating restrictions, and allow you to understand what is safe and unsafe from the menu. The card was created with celiac-specific research, mention of cross contamination, and a double checked translation from locals who speak the language. The food names and dishes within the card are also double checked for accuracy with different regions in France.

Why is this gluten free card different?

While the card above contains the safest way to communicate celiac disease in France, here are three quick phrases, the most important.

(I chose these three as a French speaker – and I was living in France when I was diagnosed. See below for additional names of different dishes/foods)

The following dishes are commonly wheat-free in France.

As with any destination, at home or abroad, it’s important to confirm on a case-by-case basis that no flour was used in the sauces, or to thicken. 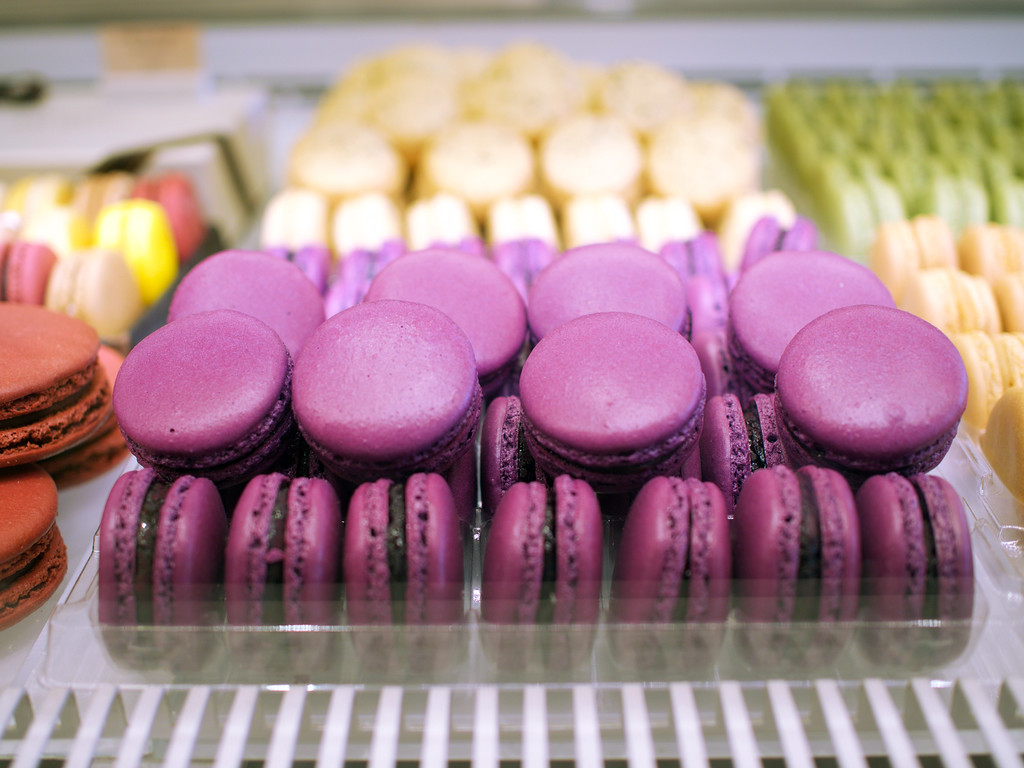 Macarons! Usually safe for celiacs and ridiculously tasty. Photo by To Europe and Beyond’s Marie-Eve.

Fresh smoked fish at a Paris market – safe for celiacs!

As with each of my celiac travel guides, this section is divided into shops, restaurants, bakeries, and more.

You can also follow Soraya from Gluten Free in Paris (founder of the ‘week without gluten’ even there!) on Instagram, here.

*I recently changed the name of these sub-heads to say Gluten Free Restaurants in [x] because of one too many emails asking about gluten free tours and whether I forgot to add the tours, not gluten free IN Tours. Ha!

Need a different translation card or country guide? Please see my landing page for all things gluten free, with guides and restaurant cards for Japan, Italy, Greece, Spain and more! 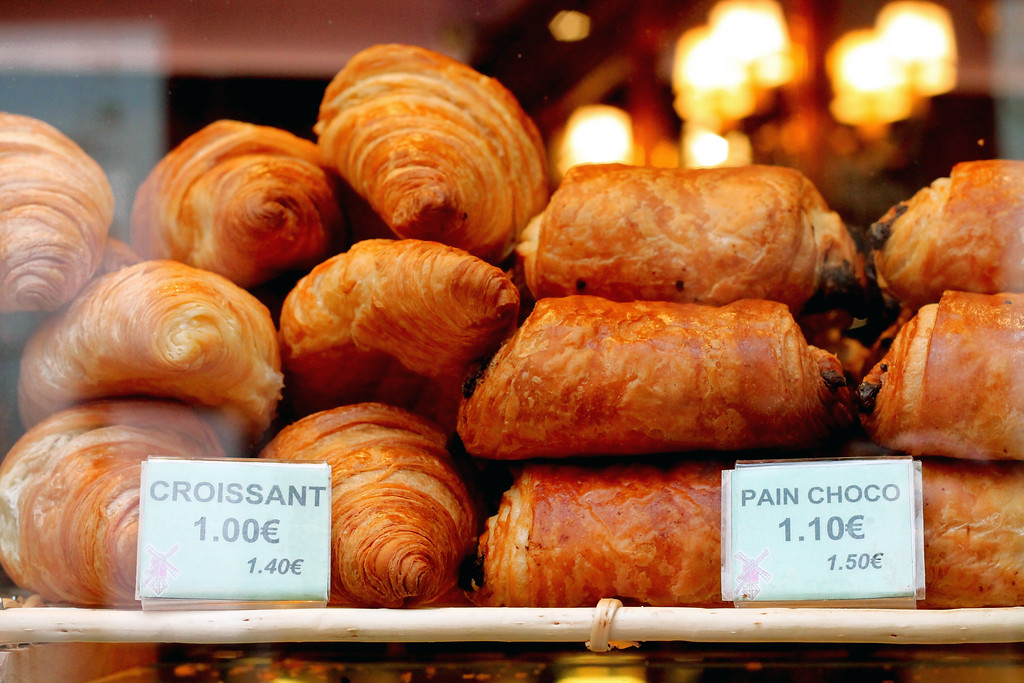 Croissants and pain au chocolat: sadly a no-go, unless a celiac-friendly bakery. Photo by To Europe and Beyond’s Marie-Eve.

Other off limits pastries include:

CELIACS LOOK AWAY! Sadly these are all off-limits. Photo by To Europe and Beyond’s Marie-Eve.

Other dishes likely to be unsafe for celiacs in France:

Books and Further Reading About France

For those of you looking to visit, here are some wonderful books to help learn a little more about France and its food before you get there.

For those of you looking to visit France, there are some wonderful books to help inform your visit, and a few other helpful resources:

My Suggestions for Food Books about France