I haven’t done a Featured Photo on Legal Nomads in a long while, mostly because the sheer density of what I was experiencing merited at least a full post. But in this quick trip through Europe, there have been a few small moments that stopped me in my tracks, and I want to share them.

This photo was taken walking on the Quai des Grands Augustins as I made my way to my 3rd meeting of the day. Something about the cobblestones and that lone waiter frantically checking his phone gave me pause, and I stopped to snap the photo.

The Grands Augustins is a street in Saint-Germain-des-Prés in the 6th arrondissement of Paris, and was actually the site where Louis XIII received the sacrament a mere hour after the assassination of his father Henry IV.

This quiet photo was one of my favourites from the trip. 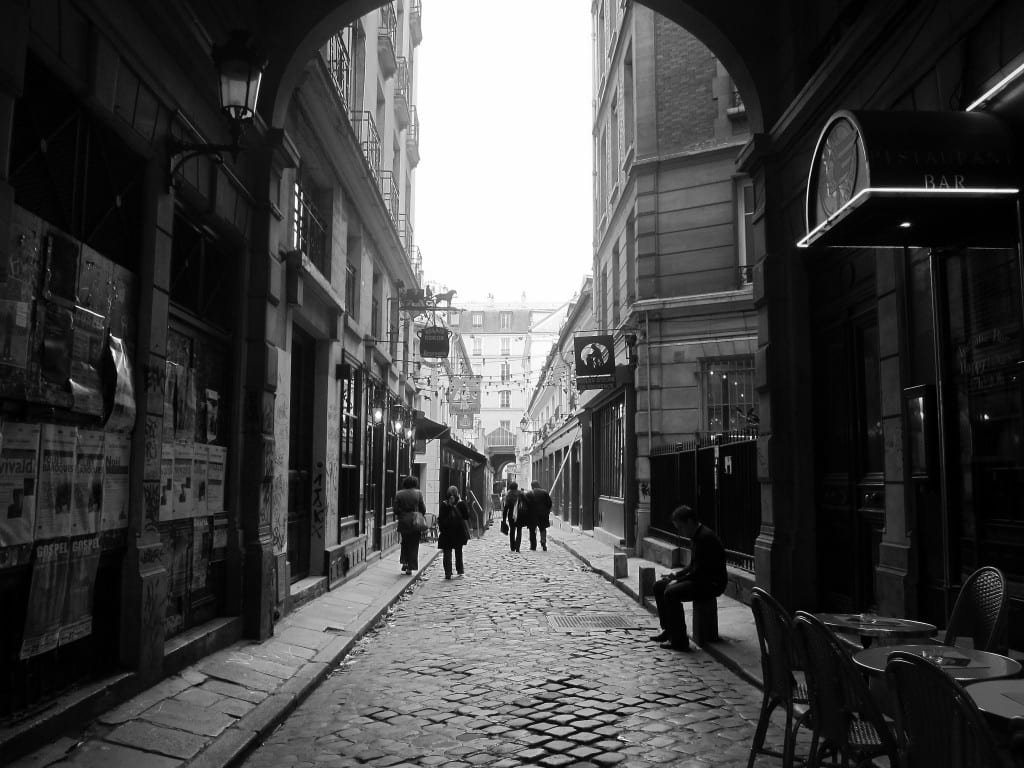 More to come from Paris this week, then Barcelona, Madrid, Rome and Milan. In the interim, if you are looking for a great book about Paris, I highly recommend The Seven Ages of Paris, by Alastair Horne:

“Whereas London…has clear male orientations, and New York has a certain sexual ambivalence, has any sensible person ever doubted that Paris is fundamentally a woman?”  Thus begins Horne’s long love letter to Paris, starting with Caesar and Abélard and moving through the ages. Horne tackles the tumultuous history of Paris in a series of ambitious biographical essays, infused with captivating narrative and an attention to detail. The book skilfully blends the passionate politics of the city, with its art and music and scandalous royal class, resulting in a dense but enlightening book spanning Paris’ lifetime. As Maurice Druon notes in the forward to the book “Horne is everywhere and knows everything.” After reading this book, you cannot help but agree with Druon.

11 thoughts on “A Moment in Time: Paris’ 6e Arrondissement”