Named after Antonio José de Sucre, Quito’s Mariscal Sucre airport is located in the heart of the city, which makes for quite the descent. I wanted to devote a post to the stomach-lurching, wide-eyed feeling that landing there inspires. 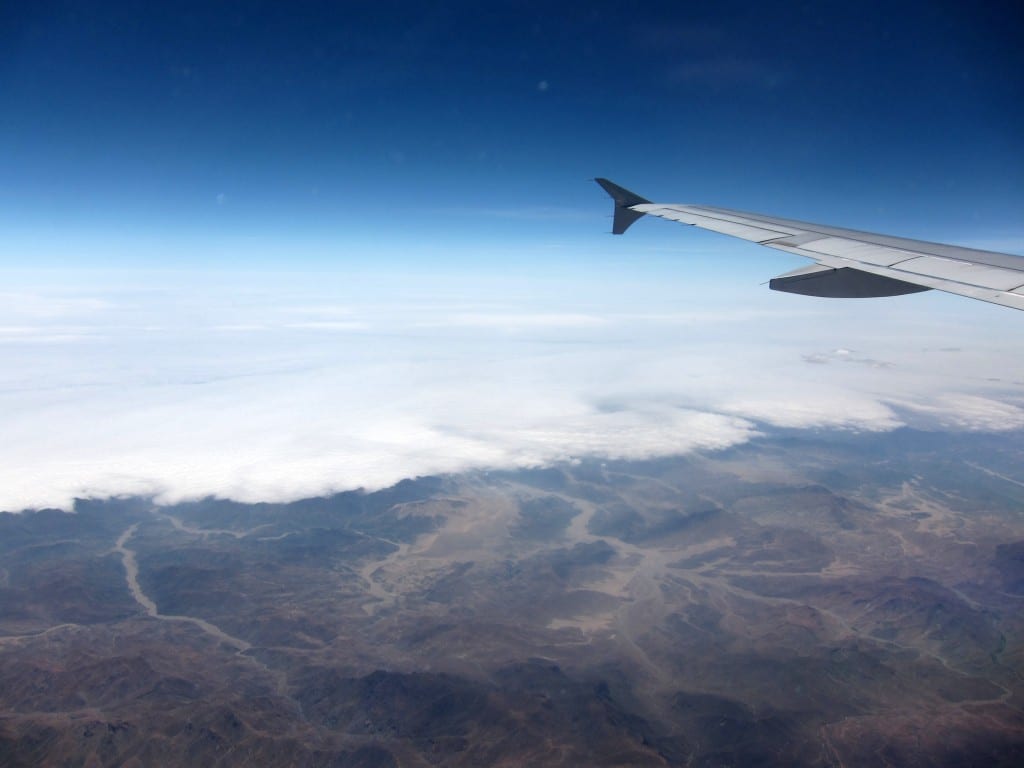 About to begin our descent.

At 2800m above sea level, Mariscal Sucre is one of the highest airports in the world. And its location in the centre of a sprawling metropolis bordered by volcanoes makes for a difficult expansion plan. The new airport, which has many of Quito’s residents grumbling because of its distance, should open in late 2011. 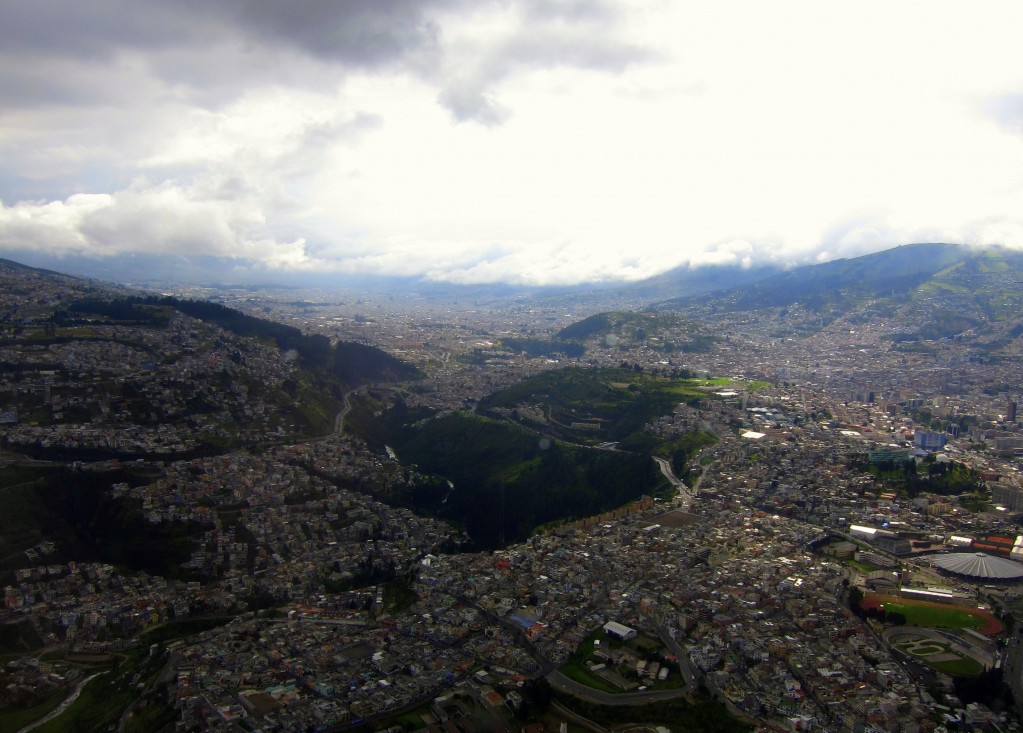 Quito through the clouds on the approach. 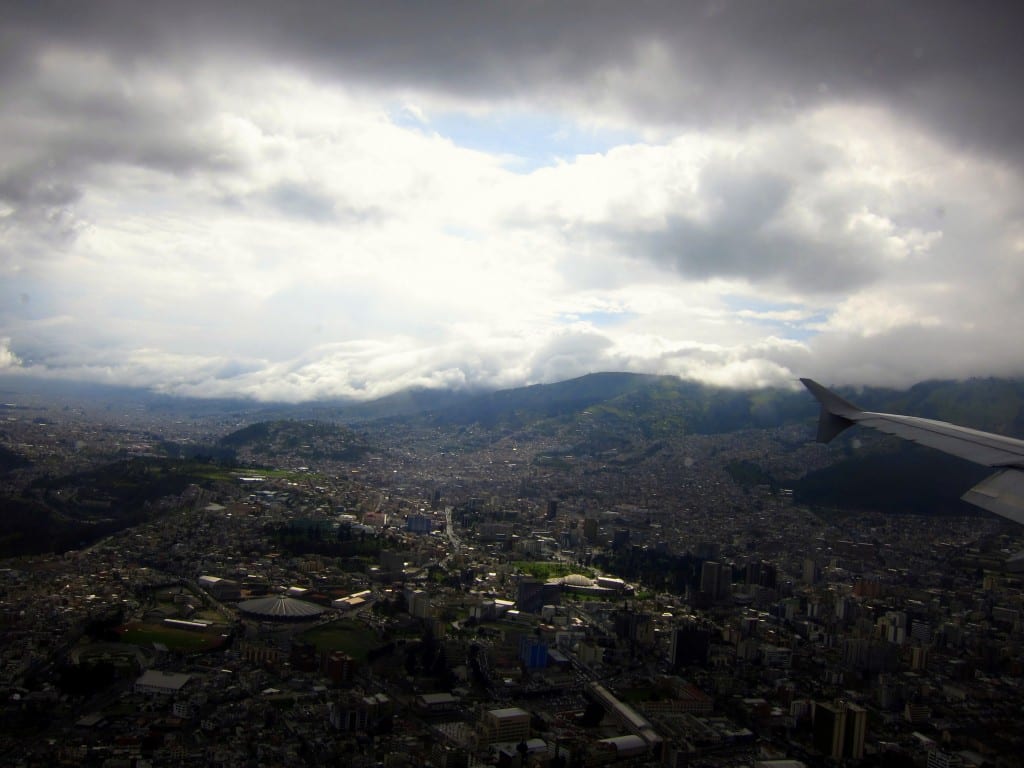 Getting closer to Quito. 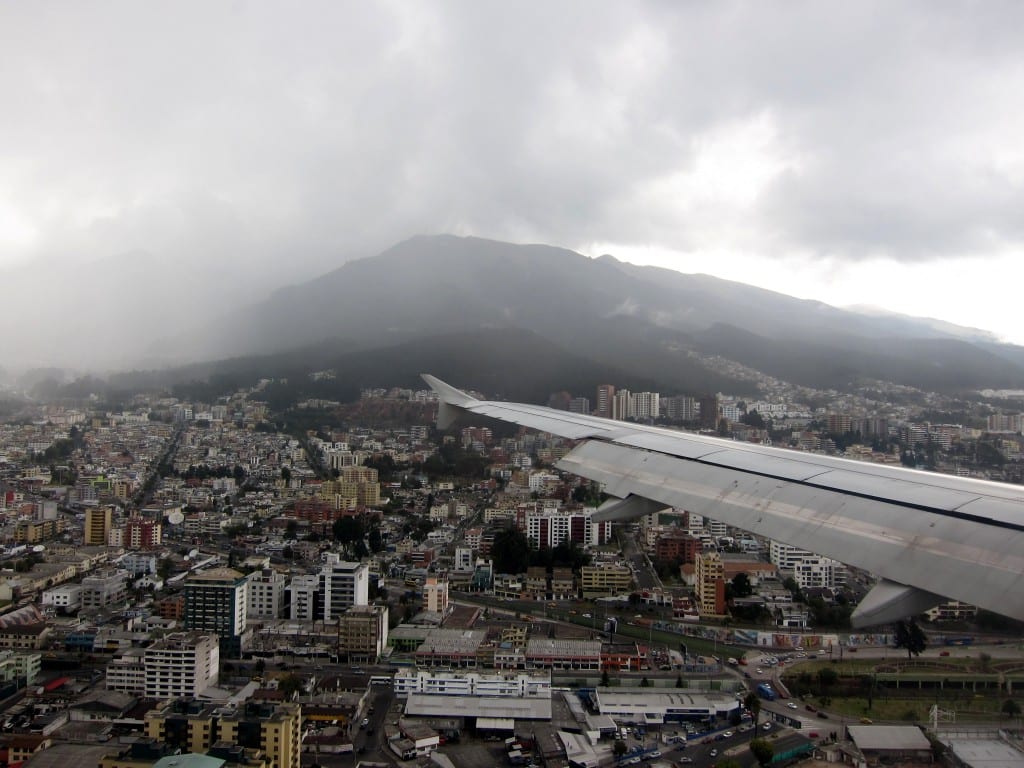 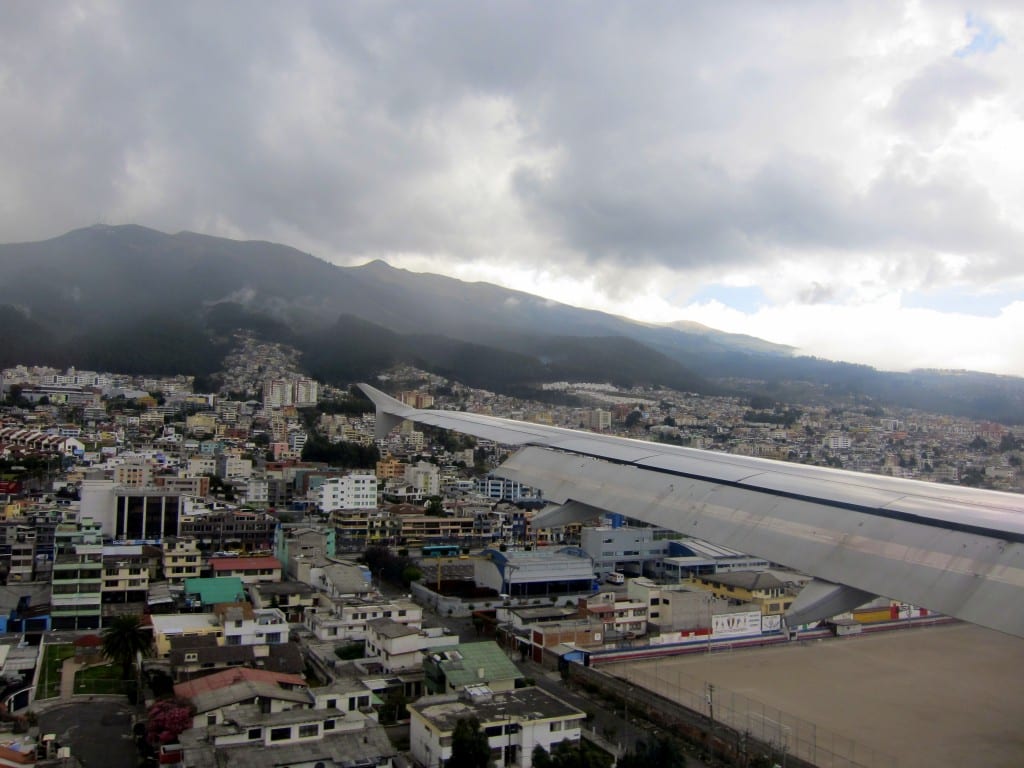 And we’re just about sitting on some houses now.

Of course on the way out, I had to try and take a picture too. Quality not great as it was night and we were, obviously, moving – but imagine this connect the dot snapshot of lights multiplied fortyfold and spreading out in front of you:

And finally, the runway itself, nestled between the city. Photo is not mine, and no credit to the photographer could be found, but it illustrates how zany the airport was: 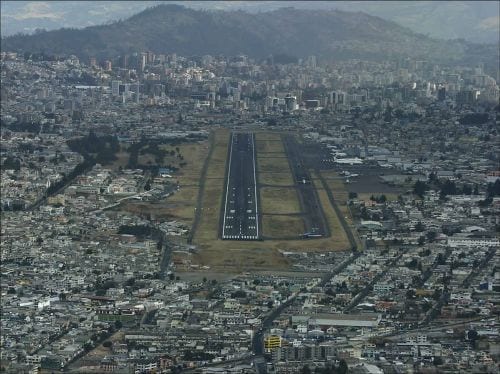 I say “was” because in 2013, the government moved the airport far outside the city for (understandable) safety reasons.

Per The Economist, it’s not all smooth flying:

Getting to the airport can also be tricky. In a straight line it’s only 13km from the north of Quito—just over three times the length of the runway—but the whole circuitous route there totals 42km through some of the city’s worst traffic. Although the route has been partially expanded, two new shopping malls have thoughtfully just opened along the way, joining several existing ones. The worst bottleneck is a rickety, mid-1970s Bailey bridge across a small river. Hopefully nobody will need an ambulance ride across to the nearest hospital before a wider bridge is finished in the second half of next year.

For more on the original airport, see Craziest Airport Runways, or YouTube’s long list of Quito Flight Landings. For now, the bigger threats are traffic to get there and the crazy geography of glaciers and volcanoes that makes Quito majestic — yet difficult to land in. 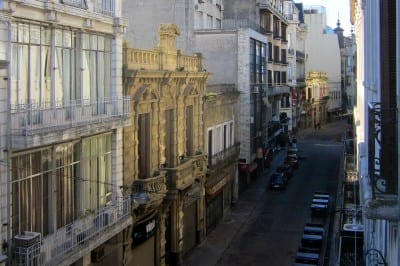 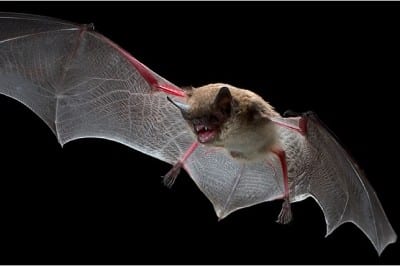 The Bird Crap Counter:
Not Just for Birds Anymore 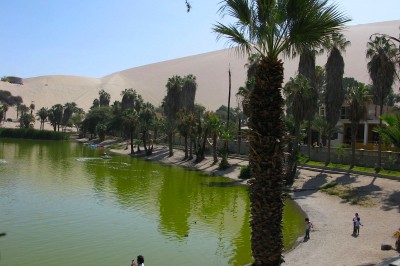 Sand, Sand, Everything in Huacachina is Sand!