The Legal Nomads Guide to Montreal: What to Do & Where to Eat Gluten Free

I was born and raised in Montreal and it is rightfully a hot tourist destination — it has great food, lovely views, a fun party scene, and is easy to get to. So I thought I’d put together a post on what to see, do, and eat, in the city, with additional notes to follow for fellow celiacs who need to be a bit more careful about what they eat.

Below, you’ll find my thoughts on what to see and how to make the most of a cold winter visit, as well as the best rooftop bars and my picks for restaurants that you absolutely ought to try.

I hope you enjoy my city!

Latest COVID-19 updates for Montreal can be found on the Tourisme Montréal site here. The mask mandate has been lifted in Quebec, and the city is open despite rising case levels due to the influx of BA4 and BA5 Omicron strains, which are on their way to becoming dominant.

My Opinionated Guide to Montreal: What do See, Do, and Eat

My Favourites for What To Do in Montreal

Much of the city’s activities are centred around the downtown core, now linked not only by subway but via Bixi Bikes as well.

Montreal: A City of Many Festivals

Montreal is well-known for its many festivals, and growing up my family would trundle down to the downtown core to watch jazz in the summer, right in the middle of the streets. When I tell people to visit Montreal, I implore them to time it for the city’s most famous festival, the Festival International de Jazz de Montréal. Streets are closed off with hundreds of jazz shows, free and paid, taking over the spirit of the downtown core.

The second most known festival in town? Comedy. Montreal’s Just for Laughs has become a sprawling, world renowned event with huge names in comedy, newer artists breaking into the scene, and heaps of free shows and fun food trucks and more downtown for weeks.

A newer free street art festival MURAL has been making waves in the summer. It celebrates the creativity of urban art as it links up with music, dance, film, and street installations during the festival’s length.

Fantasia Film Festival runs in the summer months, right in the downtown core. Featuring films from all around the world, and known as the world’s largest genre film festival out there. 2018 marked Fantasia’s 22nd year, with every aspect of film industry represented: directors, actors, producers, studio reps, and so much more.

Montreal’s International Festival of Digital Creativity and Electronic Music (easier to just use Mutek, as it’s known here!) is a festival that happens around the world, in Buenos Aires, Barcelona, Tokyo, and more. In 2018, the dates were moved to August – this way it doesn’t conflict with some of the other big festivals in town – and for its 19th year Canada’s Heritage Minister Melanie Joly notes that the festival is “an essential event for fans of electronic and alternative music in Quebec. It sets itself apart through the quality and originality of its featured artists.” Don’t miss it if you’re in town in August!

Zoofest, is a Montreal festival founded in 2009 as an ode to risks takers and rising talents in comedy, allowing for the overflow from the now-super-famous Just For Laughs to start with something smaller. It’s fully bilingual, and one of the longest festivals in North America. Their 2017 events featured more than 500 artists over close to a month of  zany extravaganza.

For more festivals, including the Montreal World Film Festival, a summer series of fireworks shows, and the winter extravaganza, “IglooFest”, please see the Montreal Tourism Board’s festival page. To list them all out here would take up this entire post, but I wanted to highlight a few as it’s definitely a highlight of the city.

Also note that Montreal Museum Day happens once per year, where the city’s full roster of museums are free to enter. For 2016, it is May 29.

Winter Activities in Montreal: Bundle Up and Enjoy!

Despite the fact that my eyelashes often froze together in the winter months, Montreal in the winter is not all ice and cold. The city has an infectious spirit and an ingenious tendency to ignore the weather in favour of fun. With over 26km of underground passageways (and art!), even those who want to avoid the cold can find something to do around town. I wanted to post some of the winter highlights if you visit Montreal during its subzero months.

For 2018, this list of activities is a good start, including warming up with bowls of ramen and a local beer tour.

Where to Eat in Montreal: An Important Question

Montreal is known for a wide range of gastronomic delights, and you’ll never run out of fun places to eat. Every summer when I return to visit my family, I’m excited to try the new restaurants that have sprung up in my absence. The city’s contemporary chefs focus on farm-to-table foods from Quebec, with an emphasis on seasonal ingredients and a deep understanding of flavors. Ethnic food options abound, and I grew up on a steady diet of not simply local food but also Ethiopian and Indian and Vietnamese fare.

(If you’re a celiac who travels, see my continuously-updated series of gluten free travel guides, divided by country. )

I got you covered in Montreal, mostly because it’s how I have to eat. As I have had to re-establish myself with a home base in Montreal due to health reasons, I plan to write a longer gluten free Montreal guide.

Though the city is predominantly bilingual, some non-French speaking readers have had trouble as celiacs outside the Montreal area. You can pick up a French celiac translation card if that is something that worries you!

The bottom line: Come visit. You won’t regret it – though you might come away a few pounds heavier.

Best Books to Read about Montreal

Pre-trip reading always makes your time in a new place more interesting. Many books are set in Montreal, and reading them always makes me envision a wander around my city, reliving the characters in my mind.

The Apprenticeship of Duddy Kravitz, by Mordecai Richler. Richler’s great wit and wry commentary on being an immigrant in Montreal made his books a popular requirement for schools as I was growing up, and this book remains one of his classics. The Guardian also has a good roundup of the places still standing in town that are featured in his books, in their “Mordecai Richler’s Montreal.” The Apprenticeship of Duddy Kravitz is part coming-of-age story, part family sitcom, and wholly enjoyable. I’ve read it many times and keep a copy at my parents’ place for my visits.

This Island in Time: Remarkable Tales from Montreal’s Past, by John Kalbfleisch. This book has no reviews on Amazon (I should get on that), but it is a fascinating tome about the crazy spies, royal tourists, priests, fur trappers, and more that made up the foundation of what is present-day Montreal. Engaging book, and highly recommended if you want an understanding of the city’s short but busy history.

The Tin Flute, by Gabrielle Roy. Set in the 1940s, the book follows one woman as she grows up within the slums of Montreal, during a time of war, poverty, and social stratification. A really interesting book that was originally written in French and then translated into English.

The Favourite Game, by Leonard Cohen. Many know Cohen for his songwriting, not writing, but this semi-autobiographical book follows a man named Lawrence Breavman as he grows up in Montreal.

Sacré Blues: An Unsentimental Journey Through Quebec, by Taras Grescoe. I first read Taras via his excellent The Devil’s Picnic, a book about why places ban certain foods or activities. In Blues, explores the Quebec of the early 2000s, from a referendum issue to separate from Canada to fears about assimilation within an English-speaking country, to sense of humor and its relationship with France. Entertaining and an insight into some of what makes Quebec so different.

Balconville, by David. The bilingual play follows English and French-Canadian characters of Montreal’s working class, living in an area of town called “Balconville” because of the many balconies that line the buildings. A classic for us who grew up there, but great that it is available now in Kindle format to give an insight into the urban areas that founded the Montreal that we know today.

The History of Montreal: The Story of Great North American City, by Paul-Andre Linteau, translated from the French by Peter McCambridge. This book covers more than the “This Island in Time”, opting to start in prehistory and zoom all the way to the 21st century. One of the few long history books of Montreal in English, it’s a good primer of influences from the rest of the world and the city’s confluence of cultures.

I hope this guide makes your time in my hometown more interesting and delicious! 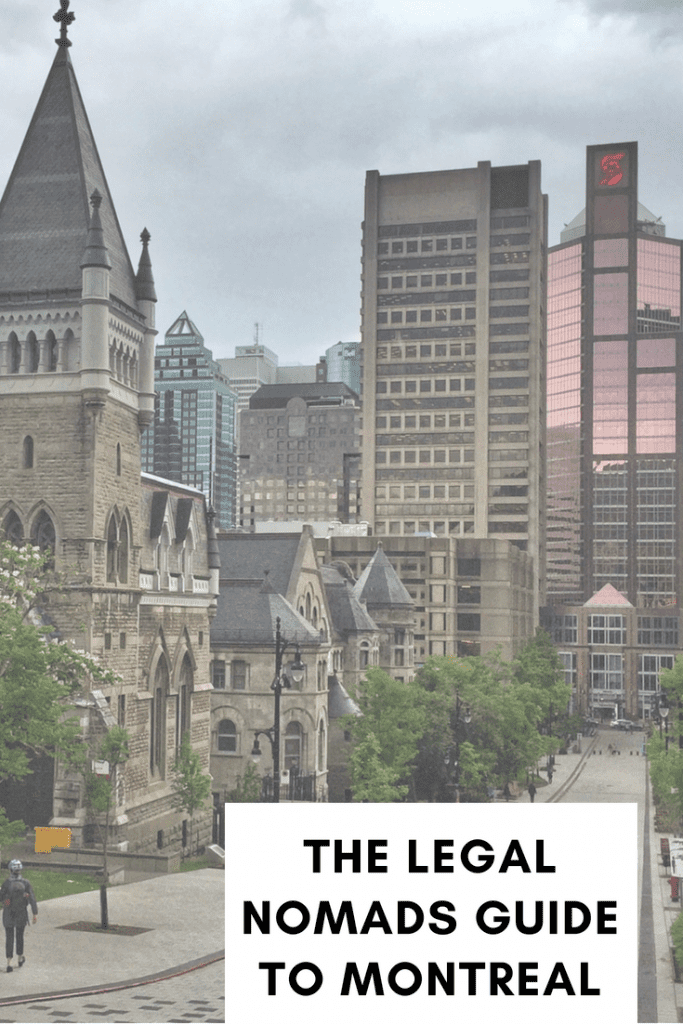