Before writing about my time on Dominican Republic’s beautiful northern coast, I need to cover one thing: the crazy flight I took to arrive there. The flight itself was painless. It was on time, direct and my luggage arrived intact and unscathed. But the editorial from my 5 hours in the air? Much to tell, and a good amount of the hilarity can be boiled down to one thing: 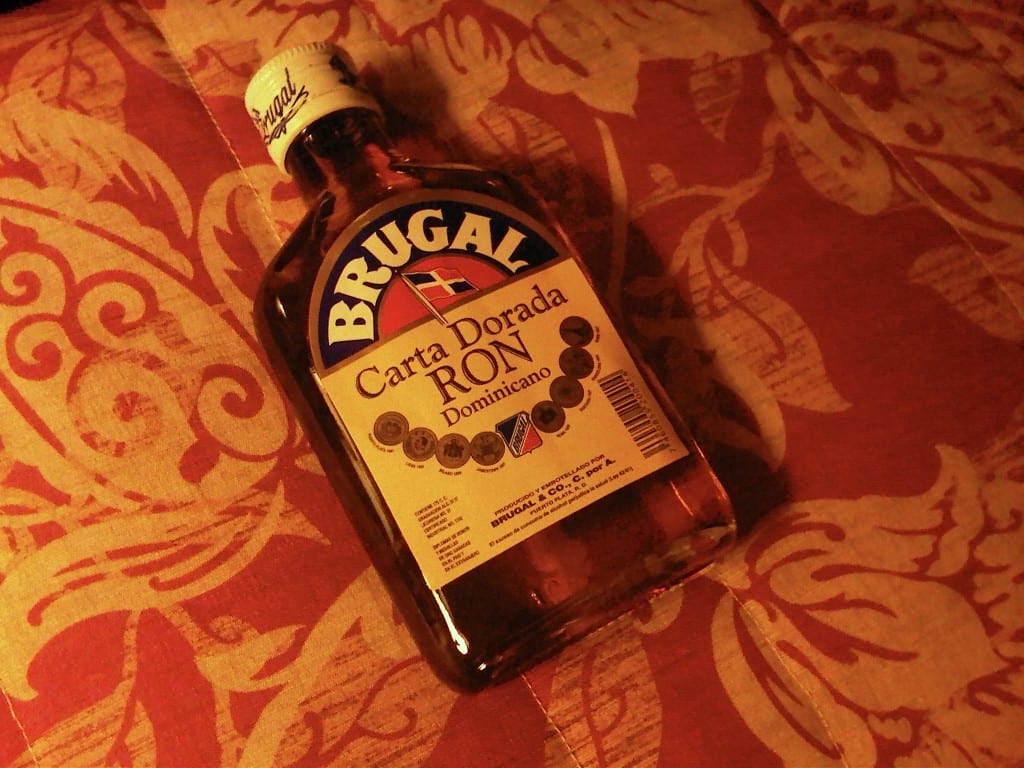 Alcohol Makes for a Crazy Flight to the Dominican Republic

Before boarding, the woman in front of me gets into an argument with the flight attendant about gate checking her bag. She won’t do it, and he insists she does. An olympic round of eye-rolling ensues, and she only agrees to check her carry-on after a talented swear-off with her sister. Of course, I sit directly in front of her. And of course she has several small children, each with a terrific set of lungs.

We take off. The man in front of me and his wife also have a baby and he is more vocal than the multitude of other infants on the plane combined. I steal a glance at the woman next to me, who tells me she is a teacher from Puerto Rico currently employed in the DR. Her head is in her hands and she’s breathing quickly. She shoots me a panicked look “I work with children every day. What happens if I hate them by the time this flight is over?” she says. I smile helplessly and offer her a piece of gum. “Maybe they’ll quiet down once we’ve been in the air for a few minutes?”

The man in front of me goes to the bathroom, yanking open the door only to find that the older woman inside hadn’t locked it. After she slams the door with a cry, he slinks back to his seat, embarrassed. She stops at his row on the way back to her own, yelling “how DARE you open the door on me!”

As though he did it on purpose.

He takes a long look at his wife, at his screaming child, at the others around us who are now looking at him and then drawls “you’re merely a campesina. You need to calm down”.

Everyone (including me) gasps audibly; calling an already angry Dominican woman a peasant does not seem wise whatsoever. It takes several flight attendants a good 10 minutes to wrestle her away from his seat and back to her own.

Meanwhile, the woman next to me has been sobbing quietly since we took off. I ask her what is wrong and she replies that she is headed home for a funeral, that she is sad to leave her grandchildren in New York and sad to have missed time with her now deceased friend. The boy next to her helpfully interrupts by telling me he is 18 and just finished his first visit to the States. And then smiles and takes out a bottle of rum. He and my seat-mate take a quick swig. They offer the bottle to me but I decline; showing up for my first press trip drunk seems like a bad idea.

Things quiet down for a few minutes and then we hit some turbulence, upsetting any tenuous balance on the flight. The rum comes out again, the children start screaming and the poor woman across the aisle starts mumbling swearwords under her breath. The flight attendant saunters over and offers to buy me some drinks. When I decline he offers (with a wink) to show me the DR “the Dominican way”. I happily tell him that I’m on a press trip and won’t have free time, but appreciate it – I really do.

And then the woman next to me starts making out with the kid to her right. That’s correct: he is 18, she’s already talked to me about her grandkids in NY and now they’re swapping spit at 35,000 feet.

At this point, I start jotting down some notes because this flight is too crazy not to write about.

We land to rousing applause. My seat-mates are now both crying and as the flight attendant yells “Bienvenidos al mas mejor país del mundo!” the entire plane cheers in response.

Before we even taxi to the gate, everyone is up and getting down their carry-ons, elbowing each other and jostling for space.

The door isn’t even open yet, and you would think they announced a prize for the first person off the flight. “Uno, dos, tres … VAMOS!” the flight attendant says triumphantly, and the plane collectively pushes toward the door and out into the humid night.

Such a change from Asia.