Last week in New York, I took the N train back to Brooklyn, and turned around as the train made its way over the Manhattan Bridge. The city was painted orange and red, streaks of colour streaming away from Manhattan as the sun began to set. I tapped the tall guy sitting next to next to me.

“Hey, look at that sunset!”

At first he thought I was trying to get him to move, so he ducked forward.

He let out a low whistle as he twisted around in his seat, shaking his head slowly. “That IS beautiful.”

Turning back to me, he cocked his head and asked, “Hey, I don’t suppose you’ve ever been to Colorado?”

He stared out at the city again. “It was so nice to see.”

I asked him if he had seen the Northern Lights in person, and when he had moved back from Colorado to NYC. (He hadn’t, nor have I — one day!)

He asked where I lived.

“Well, nowhere but mostly Vietnam, if I can help it.”

His eyes lit up.

“Are you in the food and beverage industry? I am too!”

And there we were, exchanging business cards on the N train to the confusion and mild suspicion of the people sitting across from us. We talked food the rest of the trip. 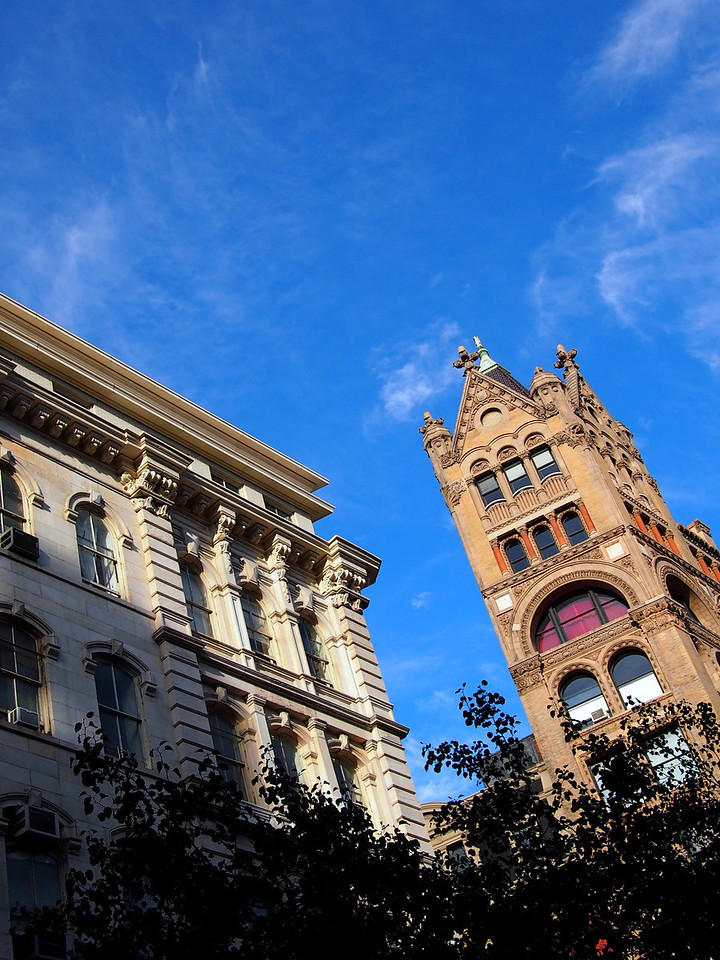 Years after I wrote about an impromptu life discussion on the Q train, I find myself back in New York every summer, comparing the city that was against the “me” that is, trying to fit in meetings and time with friends I love, wandering around and under the bridges and into the leafy green parts of a concrete city.

The summer visits are a pleasure but never feel like enough time. I know the city so well but it is remains in a state of permanent flux, shapeshifting into something new during my absence. I usually leave my camera in my bag and roam the streets with an iPhone and a roving head. With cousins living in town and friends from university happily settled in Brooklyn, I always feel extremely grateful to get these weeks of fierce, strengthening hugs, of playtime in the park, of writing and reading on long subway rides. And, of course, impromptu conversations with strangers.

Next to San Francisco — not the city itself, but to Corte Madera, where I’ll spend my birthday presenting about digital media at Book Passage, alongside colleagues and friends.

Oh, and for those following along, from earlier in my travels or the most recent Birdcrap Counter update: IT HAPPENED AGAIN. Now up to 14 birdcraps and 1 batcrap. The vendetta continues. (To all of you saying it’s good luck: a few times might be good luck, but let’s be honest, isn’t it just a way to make people feel better about being crapped on? Either way, 14 times is a battle, not good luck. It’s on birds. It’s ON.)

I hope everyone is having a good (birdcrap free) summer!

A few photos below from my iPhone during my brief NY summer visit.