This next instalment of my interview series highlighting lawyers who are doing interesting things is with Patrick Richmond, a marketing and development director at Secret Compass.  Patrick originally wrote to chat about Secret Compass’ expeditions to far-flung places, but once I heard he was a former lawyer, I asked him to participate in a series interview.

Like me, he’s been bit by the travel bug – irreversibly so – and has used that passion to fuel a new, alternative career.

What made you decide to follow a less conventional path than typical law school graduates?

I have been truly lucky in some of the travelling I have done and this included the [ed: UK’s] usual gap year and university jaunts through South East Asia. I also did a six month placement at a school in Queensland, Australia and had a wonderful time. However, I was truly affected by a trip to Chilean Patagonia on a Raleigh International Trip in 2000. We spent eleven weeks in some of the remotest and most stunning places I had ever seen. For one 6 week stretch all we did was explore the Patagonian wilderness and camp with not another person in sight. During the following years I never could quite recreate that experience, nothing quite gave me that buzz and awe.

What I did not realise then (because I was not mature enough to be that self-aware) was that I should have chosen the outdoors and adventure as my career path. What did I choose to do? I went on to do a law degree and then a solicitor (lawyer) traineeship. Great!

From 2006 to 2008 I had trained as a lawyer but pretty much hated every minute of it – and it showed. I realised pretty quickly that I could not do a job in the long term that I had no interest in. I was even told by a superior during one of those all too painful performance reviews that I should probably look for something that I loved because being a lawyer was clearly going to make me unhappy. The fact I couldn’t hide my distaste for what to me was a pointless exercise was a blessing because it forced me to start searching for what I wanted in life.

My search really got going at the end of 2008 but I could never quite get a grip of what I wanted to do, and it really frustrated me. I see now that a lot of it was aimless searching on the internet looking for my perfect job. Fast forward two years of vague internet wandering, feeling totally unsettled, when I stumbled across a site called Escape the City. It was a moment of clarity – here was a forum where there were others exactly like me. There was even a “Heroes” section, interviewing people who had made the biggest leaps into different careers. I was hooked.

After a few weeks I spotted an advertisement which read “Managers required for barefoot beach lodge in remotest Mozambique”.  I applied and got through the various rounds and eventually got the position.

I spent the next 9 months living, working and breathing life as a manager at an extremely remote beach lodge in Mozambique. It was an eco-lodge and so remote that running water and electricity had not yet reached this part of the world. The local staff spoke their local language (a variation of Swahili called ki-mwane) and because of the country’s colonial past they also spoke Portuguese. By the end of my time in Mozambique I was chatting away quite happily in Portuguese, having started with no knowledge of the language at all.

My time in Mozambique was paradise and I am so glad I made the leap when people thought I was completely mad for doing so.

How did you end up getting involved with Secret Compass?  Was there a particular moment that catalyzed the decision for you?

I eventually returned from Mozambique and fell back into some legal work to keep the money coming in. I was frustrated at finding  myself in the same old position as before I left for Mozambique. I realized that I could not do a job for the sake of it as I would never be any good at something I did not have a passion for. I therefore narrowed down my searching to things that I knew that I would love to do. This helped a little, but I was still overwhelmed by what direction to take. I went back to the Escape the City website and stumbled across an article about a person who had build a career around their passion (which in this case was travel).

Lev Wood was a former Officer in the Parachute Regiment. After leaving the army he decided that he didn’t want to find a “normal” job after the Army and that instead he would set up his own expeditionary company to lead exploratory expeditions to the world’s last undiscovered places. This company became Secret Compass.

I looked at their website and it described everything that I wanted out of a job. I very happy to see that they were advertising for interns on their site. I was offered a position as an intern to help develop and plan expeditions to some of the wildest places on the planet. Since joining Secret Compass I have developed expeditions to Ethiopia, Iraqi Kurdistan and Mozambique. I have also been on the expedition to the stunning Zagros Mountains in Iraqi Kudistan.

A couple of months ago an opportunity came up to head all things marketing at the company. I grabbed the opportunity with both hands to become more involved with the company so I also do this alongside developing and going on expeditions.

After years working in a legal job that I found quite stultifying it came as a real sense of relief to be working with a group of ambitious young people in a business and industry that I am genuinely fascinated by.

It is a small start-up and the decisions I make have a genuine impact on the direction of the company.

As I have already mentioned when you believe in a business you will tell anybody about what it is you do. The plus side of working for Secret Compass is that people are genuinely interested in what we do and the places that we take our clients to.

After our expeditions into South Sudan and the Wakhan Corridor (Afghanistan) we have been approached by a number of production companies wanting to piggyback on our experience in the region and take them back to those countries to film documentaries. New and exciting opportunities like these arise each day.

Did I mention that I also get to go on the expeditions that I develop?

I do a lot on the social media side of our business and one of my tasks is to put out a weekly quote.

“Don’t die without embracing the daring adventure your life is meant to be.” — Steve Pavlina

I really believe in this mantra. If you truly feel that there are other adventures for you out there and that you are wasting your time in your current job then what are you waiting for? Get moving now!

However do not be afraid to take time to work out what it is you want to do. I am not advocating quitting without knowing what your next move is going to be. This is the key! (Ed. another take on the great lessons from Cal Newport’s keynote – you need to build a skill and then leverage it to do what you really want in life.)

“It is never too late to be who you might have been.” — George Eliot

I would say that my legal education has enabled me to see that things are not always black and white. Too often I see people who make a judgement call on something without looking at both sides of the story before coming to a measured conclusion. Things are never as straightforward as they appear.

I would also have to say that my legal education has allowed me to express myself in a way that I could not before. The conversational, written and vocabulary tools one gains during a legal education serve you well for the rest of your life.

Though I do not want to practice as a lawyer, I suppose I do still identify myself as being one. It must be all those exams I took!

A lot of my friends are lawyers in top city firms in London and because a lot of their time is taken up by what they do, they have to make the most of their time off. Believe me these guys know how to have a good time when they are not working!

Patrick Richmond, 30, studied Law at the University of Newcastle Upon Tyne, UK and subsequently went to law school in Nottingham. He qualified with a Top 20 law firm before deciding that a career in law really was not for him. In 2010 he left the UK to manage a beach lodge in remotest far north Mozambique and worked there for the next 9 months. He now heads up marketing and expedition development at Secret Compass. So far this year he has helped to lead an expedition to the Zagros Mountains in Iraqi Kurdistan and in the next few months will be heading off to Siberia and then back to Mozambique. 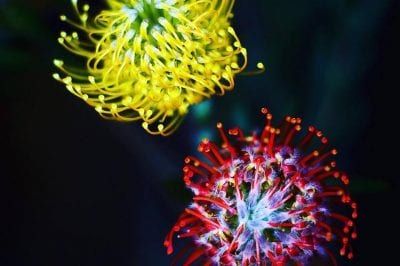 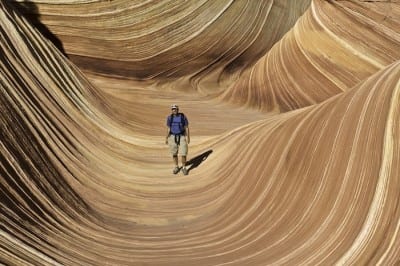 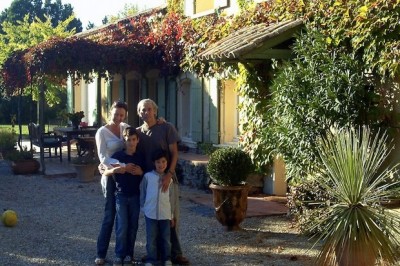