Pink is the New Awesome

I came to Chiang Mai in 2008 with the hopes of motorbiking the Mae Hong Son loop and eating my body weight in khao soi soup. But first I had to find a motorcycle where I could actually reach the ground, and then a helmet that fit my child’s sized head. The former was easy enough in a country full of vertically-challenged individuals. I often make the joke that Thailand feels like home not only because the food makes me smile on a fairly perpetual basis, but also because all the clothes fit me straight off the rack. When in North America I need to shorten all my pants at the tailor, whereas in Thailand I meet Thai people who exclaim “Thai-sized farang!” with an enthusiasm that amazes me.

With a Honda Click in hand, I needed to find a helmet. The rental shop only had adult-sized helmets and they were falling off my head standing still, let alone on a 844km loop through the mountains of Northern Thailand. For 300 baht, I found a kids’ helmet that fit – bright blue, adorned with cartoons and with the word Pinkie scrawled out in cursive. Short on time, I bought it and used it for the Mae Hong Son loop. 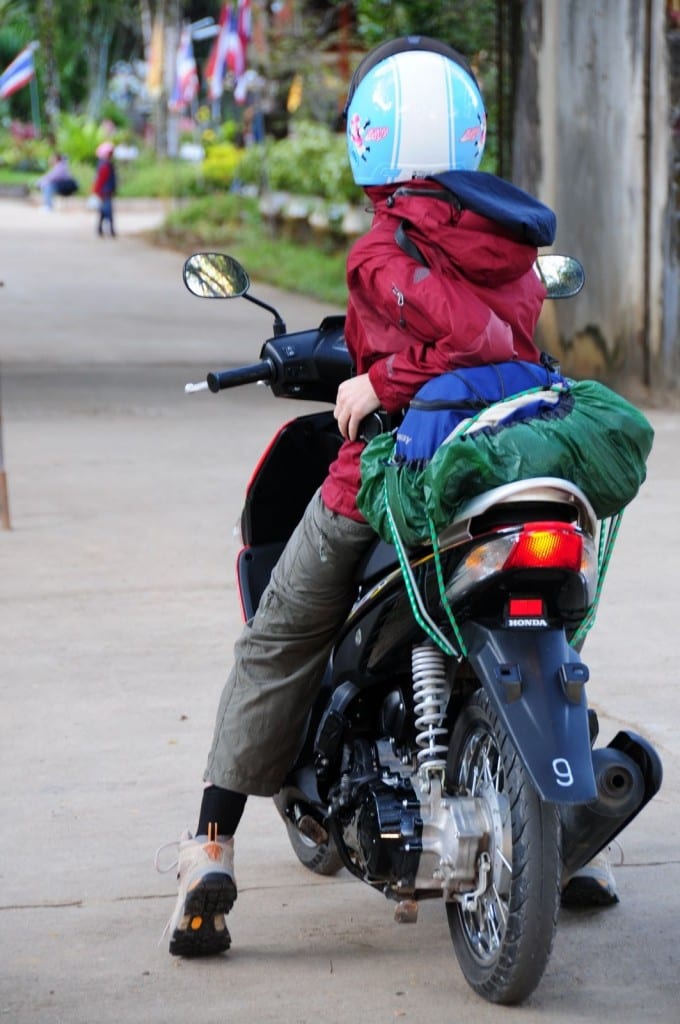 Pinkie, the moto helmet that could, my Honda Click and me in 2008

No really: let’s get a closer look…. 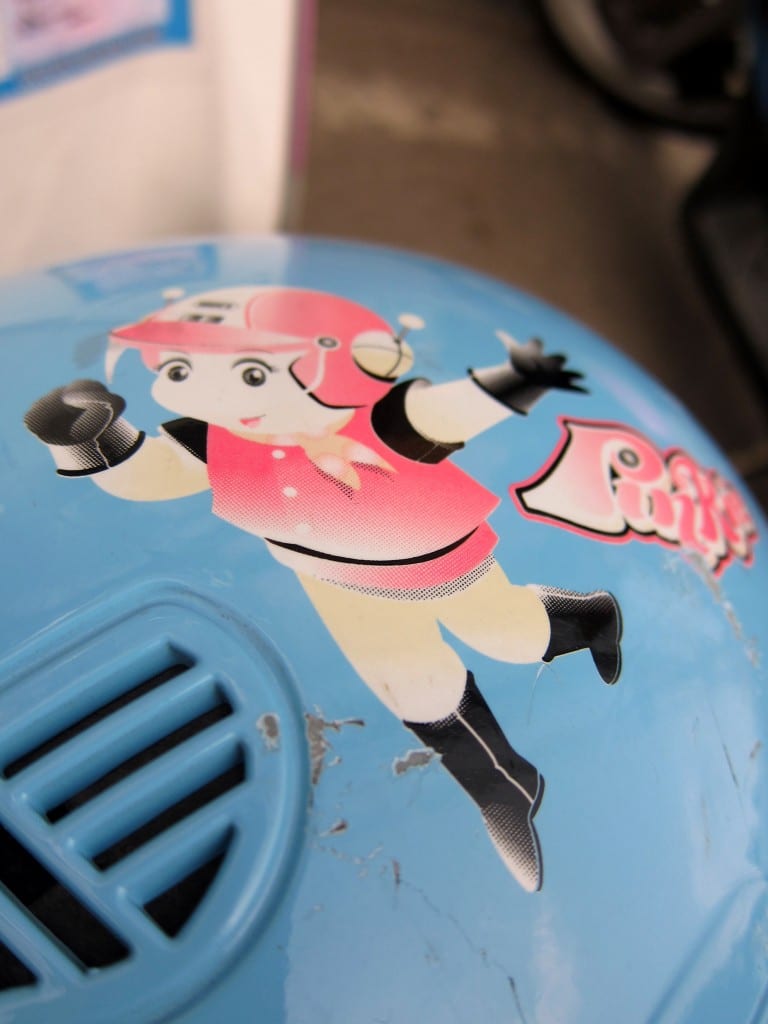 At the end of my weeks in Northern Thailand, I gave the helmet to the lovely owners of Na Inn. I jokingly said they could use it until I returned, but I had no plans to come back to Chiang Mai at that point in time. Last week, I stopped by Na Inn to make a reservation for a friend and the owner took one look at me, reached under her desk and pulled out Pinkie The Moto Helmet. “Here you are!” she said, as though she knew all along that I would be showing up to reclaim my helmet that day.

Part of the benefit in moving to Chiang Mai is that driving a motorcycle in everyday traffic is far less of a death wish than in Bangkok. In renting a moto on a monthly basis, I asked that it be one of the lighter models, so that my short frame could support the bike if it began to tip over. What I ended up with was a fun, 1950s-style Fino….in bright pink. I named her Emily, in honor of my family’s holiday turkey of the same name. (Naming our turkeys is a family tradition). And thus, over 2 years later I have been reunited with my ridiculous, shiny, tacky kids’ helmet, only to use it to drive a ridiculous, shiny, tacky motorbike.

Today, I made the mistake of wearing my only pink item of clothing, something I didn’t think about until I was driving on my motorbike over to meet Team Chiang Mai for lunch. Several Thais gave me a thumbs up along the way, laughing to themselves.

Note to self: no more pink clothing when riding the moto. 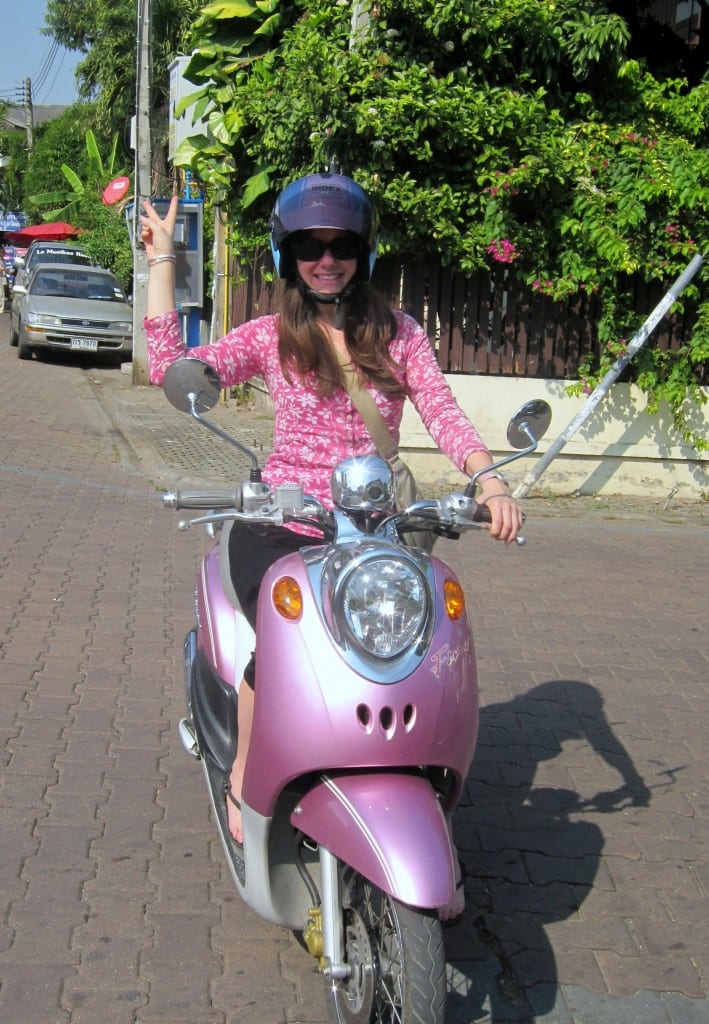 And thus concludes my second week in Chiang Mai. Tomorrow I’ll be heading to Laos for a week or two, to explore Luang Prabang (readers: if you’ve been there and have a food suggestion, leave it in the comments!). I’ll be posting my first Thrillable Hours piece next week, but will be lighter on posting for the next bit until I return to Chiang Mai (and my shiny Fino) in early February.