As a tourist, you’ll never run out of temples to see in Southeast Asia. After two years of exploring temples, from Thailand to Cambodia to China and back, nothing stands out in my memories like the crumbling ruins of Bagan.

Often, I will hear people complain about “temple fatigue” — there is, it appears, such a thing as too many stupas to visit. As with anything in life, moderation via travel is usually the wisest of paths, including keeping a positive view as you go through the ups and downs of learning from your own mistakes on the road. If you do start to find yourself getting tired of the cultural exploration, I would suggest simply taking a small break before you pick it up again. Ignoring something as majestic as Bagan, or simply skipping out after a day or two of these beautiful ruins, would do a disservice to the industry that went into building them many eras ago.

Formerly Pagan, Bagan was founded as a city in 849 and in only a few hundred years became the heart of a huge Buddhist kingdom with the construction of the ruins you see here today. The “Bagan Archaeological Zone”, the formal name for the full swath of ruins that represented the ancient Kingdom of Bagan, is thought to comprise up to 13,000 temples and other religious structure, originally built during the apex of the Kingdom, sometime between the 11th and 13th centuries. Alongside Angkor temple complexes and the beautiful Borobadur in Indonesia, it remains an important Buddhist relic from the region as a whole.

The Kingdom fell to the invading armies of the Kublai Khan, with the Mongol invasion claiming Bagan as well as much of the region. The former capital city never rose again, and the structures from the city — the old buildings built from teak, the houses and communal spaces — have been destroyed by fire, looting and floods from the Irawaddy river.

What remains is simply the temples of Bagan themselves, as well as the pagodas known as zedi locally, and stupas in Theraveda Buddhism generally. Zedi are single-structure shrines to Buddhism, without the larger areas to walk around. The larger ones are known as paho, temples themselves, often inspired by Indian relics. They were like Buledi shown above, giant, multi-level structures that included shrines and long echoing hallways, and vaulted arches.

I’ll never forget the feeling of standing atop these ruins with coarse scrublands to the left, the Irawaddy to the right and the mountains standing guard in the distance. 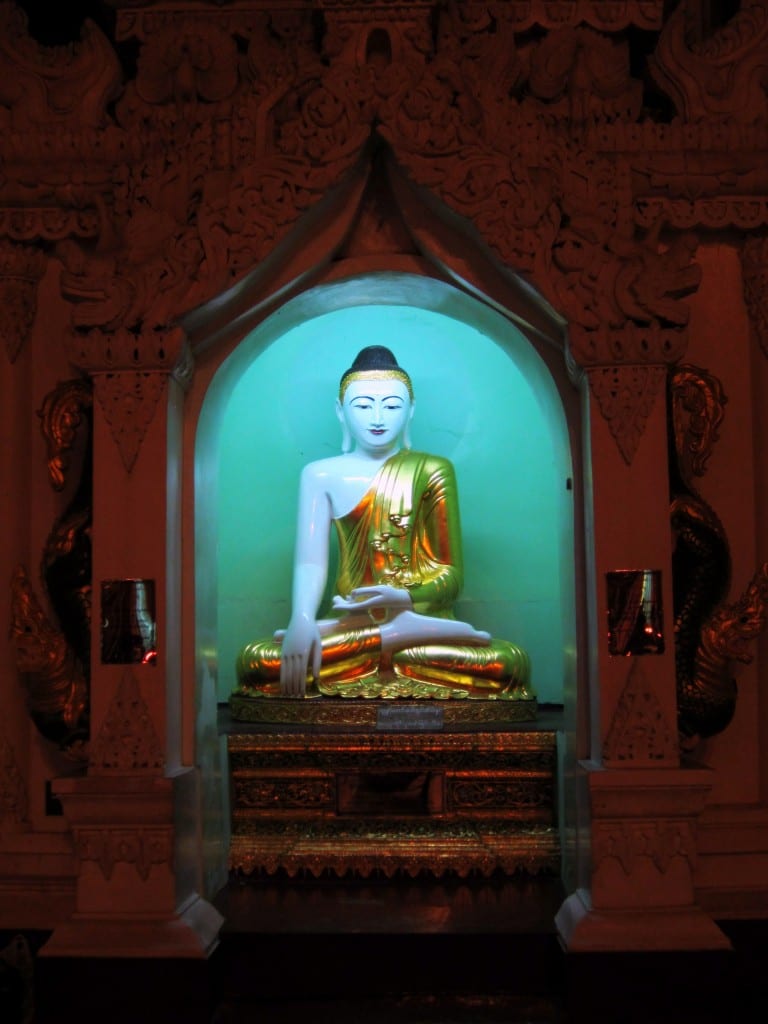 For seven days I woke up at dawn to explore the maze of temples by bicycle. I actually have ridden a bicycle only a handful of times during my life, and it felt magical that one of them was in this crazy former Kingdom, with its ruined zedi and awe-inspiring paho and imagining what it would have been line to witness this place myself, many centuries ago.

Map in hand and almost no tourists in sight, my days were filled with colorful frescos, gilded Buddhas and the smiling, thanaka-covered faces of the Burmese children who ran after me as I scrambled to the top of a zedi.

On my last night, a goat herder gave me the key to one of the temples he watched over, and we sat together in silence, watching the sun go down over the plains of Bagan, thinking our own private thoughts.

Head on over to CNNGo for my photoessay on the crumbling temples of Bagan (and where to stay and eat when you’re in town).

10 thoughts on “The Crumbling Ochre Temples of Bagan, Burma”