I was prepared to dislike Bangkok from the minute I stepped off of my Air Asia flight from Krabi. During my weeks on the Andaman Coast, no one I met had anything positive to say about Thailand’s capital, resorting instead to one-liners about the plethora of tourists, dirty streets and prostitution. Having arrived from a month of lazing around and learning to enjoy the beach for the first time, Bangkok was certainly an assault to island life. However, once you scratch past that first layer of grime and wintry, wary stares Bangkok becomes a lot more inviting and a lot more fun.

A Little Bit About Bangkok’s Name

Initially known as Bang Makok**, from Bang the Thai word for a village on a riverbank and makok for a plum tree endemic to Central Thailand, Bangkok consisted of a group of trading villages clinging to the banks of the Chao Phraya river until 1767, when the reign of Ayutthaya collapsed and King Taksin of Burma officially established it as the capital of his kingdom. When Taksin’s reign ended shortly thereafter, the city was given an official name that is listed in the Guinness Book of World Records as the longest name for anyplace on earth: Krung Thep Mahanakhon Amon Rattanakosin Mahinthara Yuthaya Mahadilok Phop Nop pharat Ratchathani Burirom Udomratchaniwet Mahasathan Amon Piman Awatan Sathit Sakkathattiya Witsanukam Prasit.

As named by King Rama I, it means “The city of angels, the great city, the eternal jewel city, the impregnable city of God Indra, the grand capital of the world endowed with nine precious gems, the happy city, abounding in an enormous Royal Palace that resembles the heavenly abode where reigns the reincarnated god, a city given by Indra and built by Vishnukam.” Most historical writings on Bangkok will list its Raman name as Krung Thep Maha Nakhon meaning “City of Angels”, which is understandable because one might pass out trying to recite the capital’s name in its elongated form. As we all know, Thailand’s “City of Angels” is almost always referred to as Bangkok.

** Insert your jokes here. My favorite remains unusable due to the fact that I have no Y chromosome

Wats etched against the afternoon sky off of Yarowat Road in Chinatown:

Despite the city’s extraordinarily tumultuous and winding history, much of its cultural heritage remains intact, making for a lesson in contrasts as you explore its streets and soi (alleyways). Bangkok is quite a large city, with several areas to stay.

The Siam Square crowd tends to include mid-budget travelers, with very few backpacker hostels in sight. Sukumvit is generally known as the “sex tourist” area, and the many guesthouses cater to that crowd: there are no rules about bringing Thai men or women back to your room, and staff discretion is well-renowned. There are, however, some good budget options in that area, away from the main throng of tourists.

Bangalumphu is away from the Skytrain station route, but is generally centrally located and within walking distance to the University, the reclining Buddha and Phra Athrit pier on the Chao Phraya river. It is also home to the backpackiest of backpackerlands: Khao San Road.Wading through a sea of tourists certainly wasn’t the way I wanted to spend my days in Bangkok, but as I was traveling alone it provided a good, safe place to plunk down and explore. I found a room at the Four Sons Village Inn, one of the few Four Sons franchises that have popped up around Bangalumphu. The Inn was away from the main roads, tucked in Soi Chana Songkhram and directly across from a Wat (temple), where I would get my breakfast of sticky rice and chicken.

I have stopped in Bangkok on my way to or from Chiang Mai, or before I flew home for the holidays, and always stayed at the Four Sons. The staff was very friendly, asking for makeup tips (one night I did everyone’s makeup at the front desk: men, women and ladyboys alike), wanting postcards from home and making sure I had plenty of freshly squeezed lemon juice whenever I sat down at the bar. Past all the street vendors hawking fisherman pants, t-shirts and flowing skirts, and the tuk-tuk drivers soliciting takers for ping-pong or ladyboy shows, the guesthouse became a comfortable home away from home in a busy, crowded neighbourhood.

And during the day: 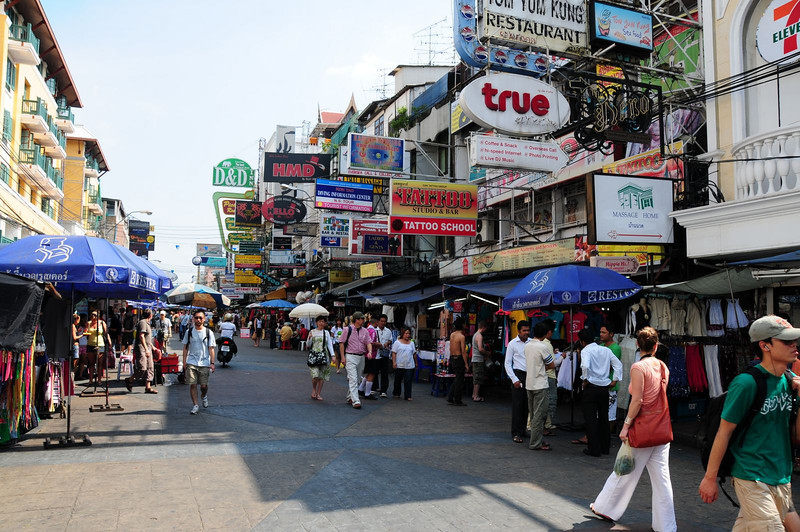 Since the city fans outward from the Chao Phraya in an overwhelming mix of people, food and places to explore, the best way to summarize many (numerous) times there is a good old fashioned top 10 list.

What to do in Bangkok

From a daily dose of pad thai for $1, to the melt-in-your mouth sweetness of the fresh pineapple sold all over the city (15 cents) to the puffy, savoury coconut pastries filled with corn at every street corner, Bangkok has a ton of food at your fingertips, and it won’t break the bank to indulge. In my trips to the city, I can’t think of more than one time that I ate at a proper restaurant. Street food: fast turnover, cheap and delicious. Definitely the way to go.

Sticky rice and chicken for breakfast near Wat Chana Songkhram

I had to break out the sticky rice and chicken because it was my breakfast pretty much every day, and I got a lot of shit for it from other tourists (most of whom were eating muesli and yoghurt). I never liked eggs or pancakes for breakfast, and would eat dinner leftovers in the AM when I was a kid, to the dismay and confusion of my family. Sticky rice and chicken in Bangkok is a great way to start the day!

Thai or Foot Massages starting at $4 an hour

There are plenty of spas to choose from in the city, and a huge spectrum of quality on offer. I ended up going back to a spa on Rambuttri Road several times during my days in Bangkok, drawn in by the stupendously good foot/reflexology massage I got from a woman named Bang. After a long day of wandering, the head, neck and shoulder massage is a decadent pre-dinner appetizer and costs less than a sandwich in New York.

Take a local boat on the Chao Phraya river

The Chao Praya River separates Bangkok and the former Thai capital city of Thonburi, and remains the most relaxed, pleasant way of touring parts of the city. Staying near Phra Athrit pier had many benefits, most notably the ease with which you can see the city – without the crushing, traffic-filled, smoggy roadways to negotiate. Hopping on the water taxi (there are two types: express and local, delineated by the colour of the flag atop the boat) was a lovely way to explore other areas of Bangkok, from the crowded, churning Chinatown to Wat Arun (The Temple of Dawn)’s dazzling 79m tall stupa on the opposite side of the Chao Phraya river.

Enjoy the east of public transportation

An interweaving network of soft rail, buses, subway and boats make up Bangkok’s surprisingly intricate and comprehensive public transportation system. For years, the idea of a mass transportation system in Bangkok was a pipe dream, but in the last decade the government has put a lot of time, money and planning into making sure people can get around comfortably in Bangkok. Half of the city’s buses are now air-conditioned, there is a clean, futuresque SkyTrain running high above the city, a thorough subway system and a fast rail to the new Suvarnabhumi airport. If you need to get somewhere in Bangkok, the city planners have already figured out a way to get you there.

A full 46m long and 15m tall, and covered in gold and with feet made from mother-of-pearl, the reclining Buddha is a sight for sore eyes. Within walking distance from the Four Sons, it is near the Grand Palace (built by Rama I in 1782) and makes for a beautiful way to spend an afternoon. The sprawling Wat Pho complex comprises the oldest temple in Bangkok (and the largest!) and houses over 1000 different images of the Buddha. 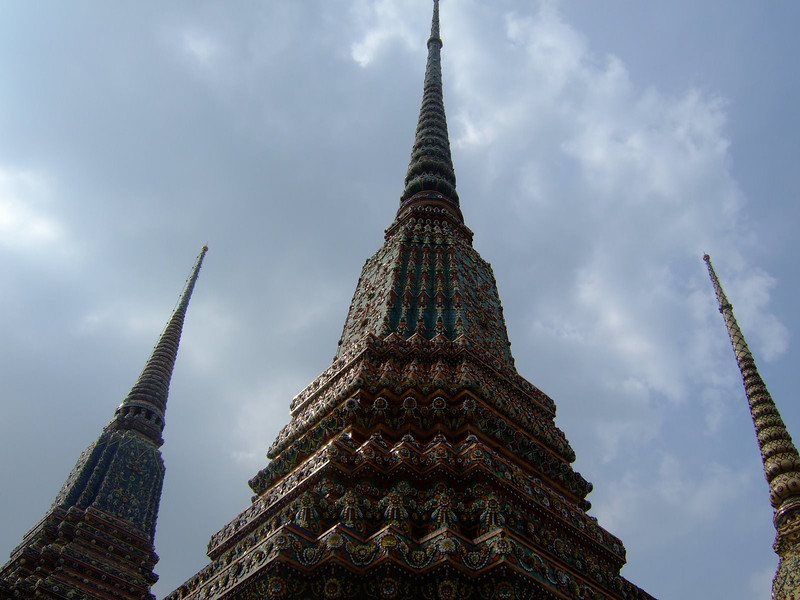 Built by King Rama I the Great, the enormous Grand Palace comprises 3 different complexes (throne halls, temple of the Emerald Buddha and the royal residence) and is impressive to discover. Some lovely pictures to be had with the walls lit up at night. When touts tell you, as you enter the complex, that it is closed? DO NOT BELIEVE THEM. It’s a common travel scam.

Open only on Saturdays, Chatuchak is north of Bangkok’s city centre and the place to buy anything you have ever wanted but were unsure of where it was sold. From kitchy souvenirs to high quality silk, to independent, quirky designers to huge works of art carved out of metal or wood, Chatuchak has it all, in spades. There was a live animal market, several busy food courts and thousands upon thousands of stalls to sell everything else. The market both enormous and overwhelming to navigate: in my 6 hours there I only covered a small part of it, and there are “tourist helpers” set up in the centre of the madness with maps to help you find your way back to a bus or SkyTrain station. Definitely wise to wear comfortable shoes and bring your patience, but well worth a visit, with prices lower than Bangkok’s markets and a seemingly infinite amount of things to choose from.

Though I was initially lukewarm about visiting Jim Thompson’s House, it ended up being a very interesting few hours and a nice contrast to the gold finery of the Grand Palace and Wat Arun and Wat Pho. JT was an American who worked for the Office of Strategic Services (the office was replaced by the CIA during WWII. Returning to Thailand after the war (to the great displeasure of his wife, who later divorced him), JT founded the Thai Silk Company and is credited with bringing Thai silk products to the world stage. Before his suspicious disappearance in Malaysia in 1967 (his body has never been found), he began collecting works of South East Asian art and built a traditional Thai teak home to house them. Post-disappearance, his house is open to the public for tours of the many beautiful works of art.

There are plenty more wonderful things to see and do in Bangkok, but these were the ones that stayed with me upon my first visit.

For more information about Bangkok, head on over to my friend Stu’s site Travelfish, as he runs a huge guidebook online for Southeast Asia and has all the information you’d want.

For good food you don’t need to go far, but Mark from Migrationology has a GREAT post about the best street food areas of Bangkok. 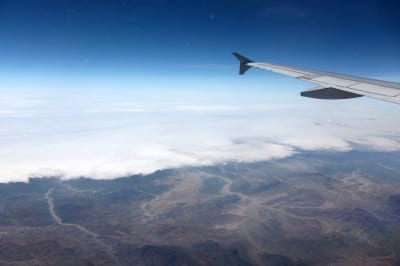 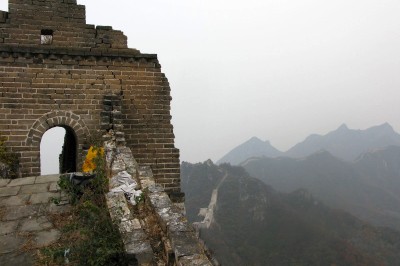