A Flight Like No Other: JFK to Moscow with Vodka

My day started somewhat auspiciously when I walked into JFK’s Delta terminal to an angry Delta employee screaming at a business class traveler that because he never learned how to read “and missed the 53 foot sign telling you to GO TO TERMINAL 2” he’d have to stand in line with the rest of us regular folk at Terminal 3. I was then randomly selected for security screening. When I finally made my way to the boarding gate, I realized that I was definitely the only English-speaking person on my direct flight to Moscow. Apparently I stood out too, because at the boarding gate, a sweet looking grandmother tripped and landed in my lap and the entire boarding gate waiting zone clapped.

My flight to Russia was line none I’ve ever taken. 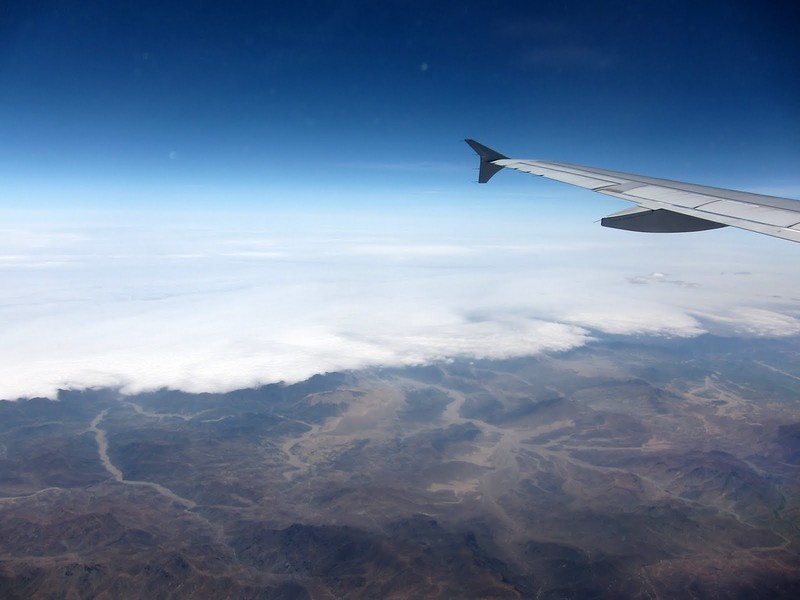 – The guy next to me wanted to know why – as in, procedurally how – was it that I didn’t speak Russian. What went wrong? Did I miss the “this is clearly a flight of Russians” newsletter?

– He finally gave up on the questioning when he started doing vodka shots with me instead. Vodka shots were more fun than truly knowing why I don’t speak Russian, apparently.

– 3 hours into the flight, almost all of the seats were vacated because there was a virtual drinking party in the aisles. Flight attendants were on the PA asking everyone to “Please, PLEASE SIT DOWN” but no one really seemed to care. Cheering and jeering were the only responses, in equal measure.

– There were at least 10 card games being played from aisle seats to aisle seats, meaning that walking down the aisle to get to the bathroom was a minefield. Lots of arguments in loud Russian broke out when pee-seeking passengers were told to shove it (I assume this is what was being said, since the result was never “oh, ok!” and more of “WHAT DID YOU JUST SAY?!”).

– The flight attendant and a guy in a gray, curly faux-hawk with gargantuan silver rings on every finger and a silver briefcase (I am not exaggerating, people) got into a fight near the bathrooms. I reported this to the guy next to me upon my return to my seat and we did a shot in the guy’s honour – the way the fight was going, he was going to have a handful when we landed. The woman across from my seatmate seemed very disappointed that the altercation with Mr. Faux-Hawk did not get physical (though police were waiting for him when we disembarked), adding for good measure “it’s always boring on my flights.” Uh, sure thing lady.

– Everyone – except me – poured their 1000 Island salad dressing on their chicken and ate their salad without dressing. And gave me weird looks for doing the opposite.

– On the descent, all the women in my vicinity were either doing their nails (when I mentioned to the guy next to me that this was hilarious because on a recent SFO-NYC flight they almost kicked a woman off for doing the same, his answer was “well, this is a flight to Russia. Those rules do not apply”) or putting on full faces of make-up, including profuse eyebrow plucking.

– When the planed landed, everyone burst into raucous, drunken applause and rushed to get in line for customs.

All in all, a hilariously entertaining flight. And if this 10-hour tidbit is any indication, the Trans-Sib trains are going to be a helluva lot of fun.