Best of Burma: An Eventful Week in Hpa-An

Hpa-An was a last minute addition to my itinerary. A few weeks into my time in Burma, I decided not to leave the country and instead overstay my visa by several weeks, meaning that I had time to visit the Southern states – Mon and Kayin. My initial connection to tiny Hpa-An was forged when several buildings went up in flames on my first night, but it quickly grew on me even further. So for the next instalment of my Best of Burma photoessay series, I decided to move from Inle Lake to Kayin State. With karst rocks perched at random intervals in the countryside, a slew of caves to explore (my “a little about me” sidebar does admit that I’m a cave spelunker) and a bustling morning market Hpa-An was a perfect place to spent a few days. Oh, and monkeys. The monkeys that chased me up Mount Zwegabin. I still shake my first in the air when I think of those monkeys.

My week there was spent partially in town (eating, of course, mostly noodle soups or delicious, fluffy naan served with a chickpea dip) and partially in the beautiful sights scattered throughout the countryside. There were no more than a handful of tourists in town, and after we went through our first night of fire, we were fast friends. First up was Saddar Cave, a gaping, yawning, soccer stadium-sized cavern filled with offerings and statues and filled with bats. With headlamps in hand we crept through the cave, stumbling on rocks and stairs and hoping not to scare any of the bats into anger (none of us had our rabies shot). Until, that is, a piercing shriek had us all leaping in the air. We turned around and found a monk novice yelling at us and gesticulating wildly. His anger stirred the bats, who started squealing madly and flying lower and lower toward us. Picking up our pace, we made our way to the edge of the cave, revealing an absolutely gorgeous scene below: 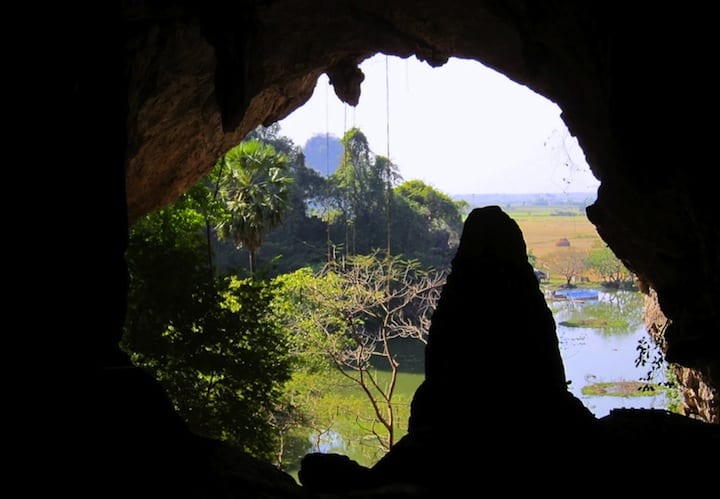 One problem: the monk-child started throwing rocks at us as we made our way to the lake, standing in the bushes and growling when we stationed ourselves below. So our morning exploration was cut short by what we affectionately referred to as a feral monk-child. Exhibit A: 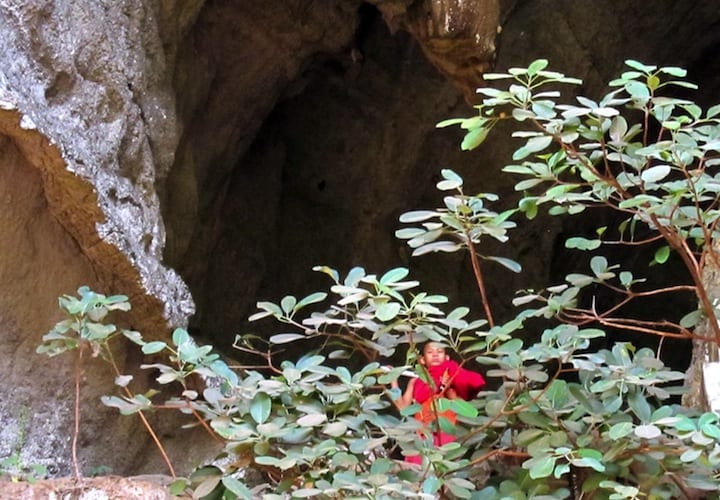 No matter, there were plenty of other sights nearby. We made our way through the karst and rice fields to Kyauk Kalap monestary. The drive there was itself remarkable – we hitched a ride in the back of a pickup truck, wedged into place between throngs of people and straw mats destined for the morning market. With legs dangling over the sides of the truck, flipflops stationed beside me (I’d have lost them in a second), I watched the beautiful scenery along the way: 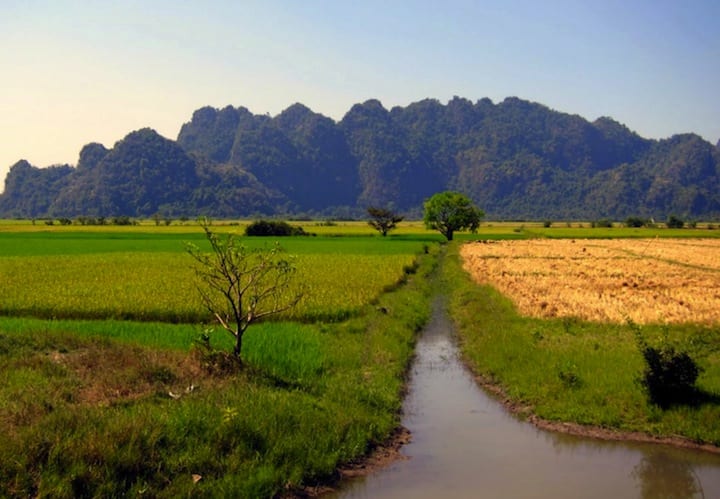 Once at Kyauk Kalap (dubbed “Chocolate” monastery because the Burmese pronunciation of its name is “Chalk-Chalap”), we were enthralled. Standing proudly in a small reservoir, a tall face of sheer rock with a golden pagoda as a hat. The monastery was also known for taking in animals, rabbits included. Unfortunately for the monks, the rabbits behaved in a rabbit-like way and propagated madly, hopping wildly around the temple grounds. 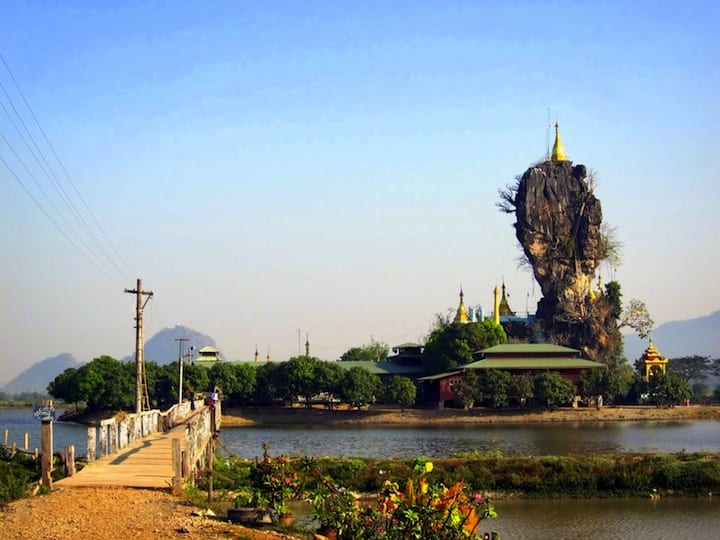 From the monastery, I got a clear view of the mountain I was aching to climb, Mount Zwegabin. Not pictured? The bad monkeys who chased me: 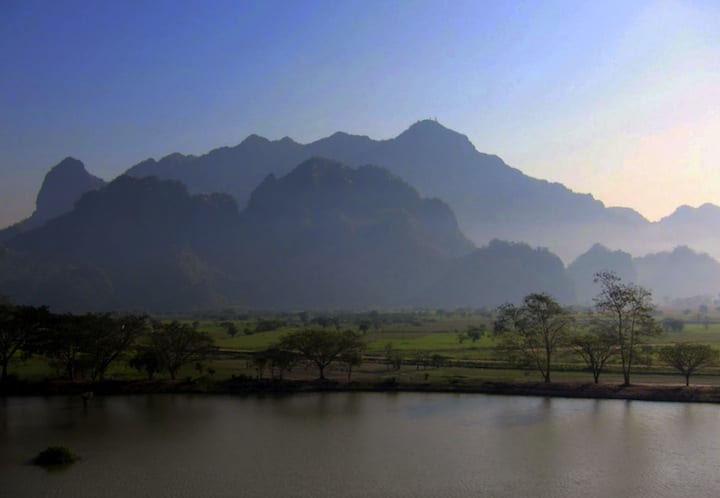 Of course a few days later, I did climb the mountain, blanket in tow. While getting there was a bit of an adventure, the view from the top took my breath away. With a small monastery, a radio tower and a seriously beautiful sunset, waking at dawn made the trip more than worthwhile. And the return to Hpa-An was what ultimately inspired me to write my “why I quit my job to travel the world” post, with all my thankfulness and the sylvan beauty overwhelming me as I descended.

From the top of Mount Zwegabin: 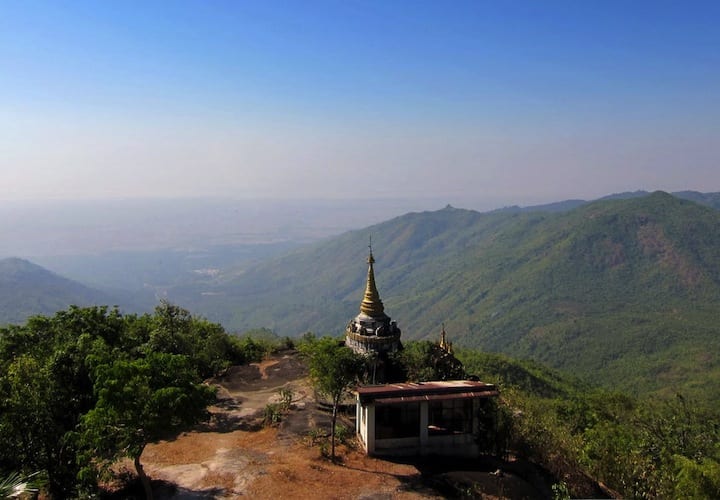 Hpa-An proper gave me many hours of solitude and wandering. I spent a whole day in Shweyinhmyaw Pagoda near the riverfront, using my Burmese phrasebook to chat with the monks and street kids there. And stare at the bright colors of the Buddha statues lining the wall. This was one of thousands: 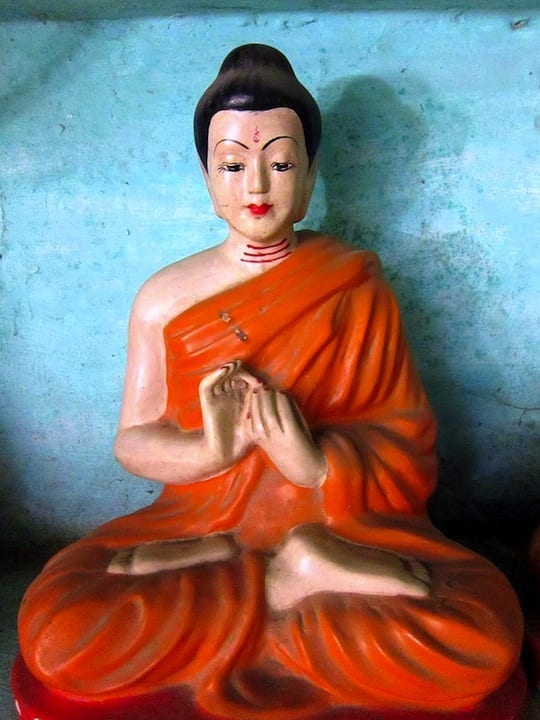 Some human, some not: 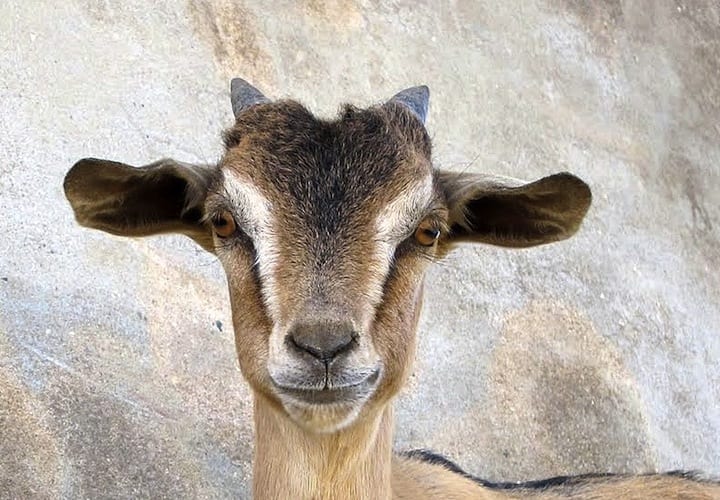 And by the time the week was up, the market vendors would wave when I’d approach and start picking out samosas or naan for my meal. Dinners were spent at a tiny woman’s street stall near the gaudy clocktower in the centre of town. She had two boisterous men working in stalls on either side of her, both trying to get us to sit with them instead. But I loved her quiet smile and rich, spicy coconut khao suey, and at 30 cents a bowl it was the best bargain in town. Every night I’d bring whoever stumbled into town and stayed at my guesthouse, and I’d get a smile and an extra heaping of noodles for my effort. Conversation was stilted, but I had my LP Burmese phrasebook, and she had her a version for English: 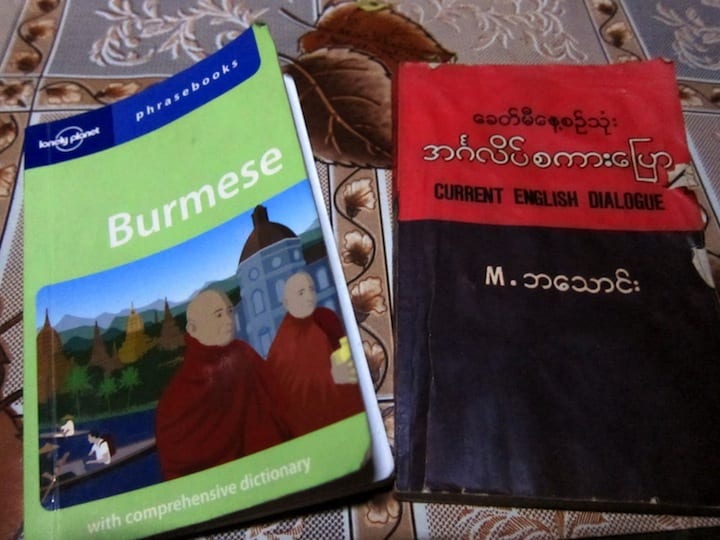 My last night in town, we exchanged emails and got a quintessential photo, peace signs and all: 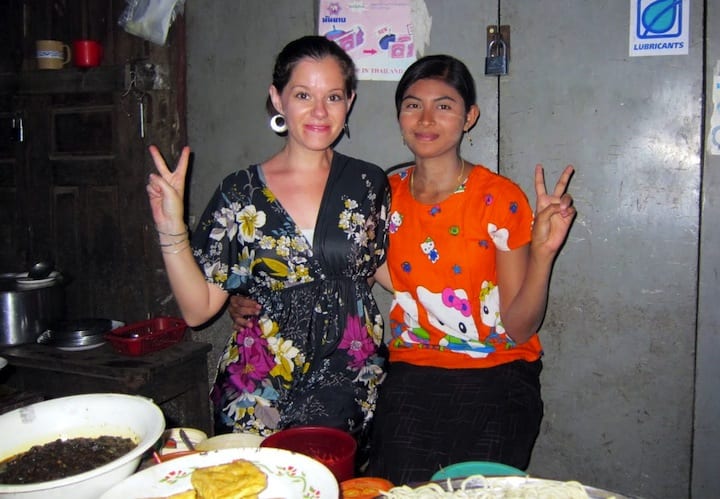 A lovely end to a week that started with some incredible drama. Hpa-An was very quiet on the tourist front but has so much on offer that I would highly recommend a trip south from Yangon.

Where to stay in Hpa-An, Burma:

There are very few options on hand for lodging. Burma is one of those countries where foreigners can only stay at specially- licensed hotels, and of all the guesthouses in town three were available for foreigners. I would highly recommend Soe Brothers’ Guesthouse ($4/night for a single room with shared bath, $7/night for a single with private bath). Run by the brothers Soe (there are several of them), it was clean, central and the bathrooms in decent shape. Mr. Soe was the one who helpfully dropped me off at Zwegabin for the night on the back of his motorbike. The staff will also help you figure out how to plan your days in town and how to get around to surrounding areas.

To get there, buses run from Yangon (twice a day, morning or night, $8) and run approximately 8 hours, or you can take a lazy boat ride from Moulmein and watch the sunset over the karst rocks (recommended! And only 4 hours!) You can also return to Yangon via the Golden Rock – but more about that in my next Best of Burma post.

7 thoughts on “Best of Burma: An Eventful Week in Hpa-An”