I discovered spices in 2002, when I was living in the South of France. Not content with the fresh produce in my temporary home of Aix-en-Provence, I was drawn to the bright colours piled high and sold in a corner of the market. With a British mother and a Polish father, spices never figured prominently in my childhood cuisine and the pungent smells were fascinating to me.  The man who sold the spices was Moroccan, and would quietly watch for days as I picked up my daily fruit. I always drifted by his stall, closing my eyes to take in the smells. After a week, he finally broke his silence. “You’re never going to buy anything, are you?”

It caught me off guard; I could only laugh and shrug my shoulders sheepishly. “I’m living in university dorms – I don’t even have a kitchen!” But I needed to understand why these spices smelled the way they did and what they were used for. And I offered up a trade: I would teach him English to use with the tourists in town, and he would teach me about spices. 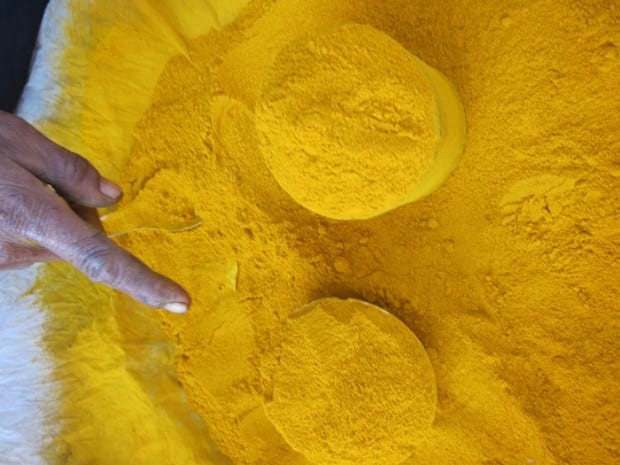 Tumeric at a market in Inle Lake, Burma

Spices were my gateway to new foods

A routine fell into place during my later months in Aix. On the days without morning classes, I would swing by the market for a crash course in cumin. I’d skip Economic Integration Law to learn about tagine and the complicated thread of flavours that made it the beautiful dish that it is – one spice changed, one ingredient moved around and it become a different taste altogether. Nestled in clay, a multitude of possibilities unfolded. With an intricate blend of cinnamon and tumeric, saffron and paprika and the crème de la crème, the spice blend of Ras-el-hanout, my hands (and nostrils) were full. Ras-el-hanout in particular was mystifying: mixing dozens of spices, up to 30 or more in some cases, the complicated subtleties of the blend was a point of pride for spice vendors. This was a far cry from my usual, casual salt and pepper dusting. This was a whole new world. It slowly became apparent, long before I discovered the wondrous prose of Tahir Shah, that I needed to go to Morocco. 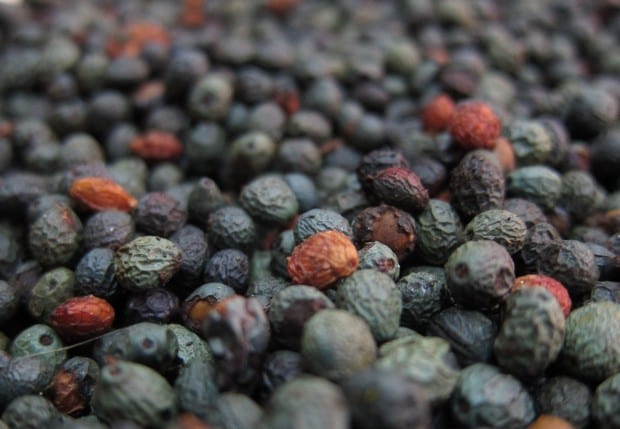 I spent mere days in the country, forced back to Aix for my final exams (in economic integration law, no less). But in my brief time in Marrakesh, I was awash in souks and smells and newfound tastes and returned to France with a deep appreciation for the building blocks of food.

To think that one egg (one simple egg!) could become a thousand dishes merely by adding aromas and spices was an obvious discovery. But the way that we see food in North America doesn’t account for this simple calculus. While attitudes toward food are changing in some spheres, the general gist remains the same. With time as a valuable commodity on many levels, processed, packaged food is easiest and often cheapest. And with farm-to-table culture remaining more expensive than the alternative, those building blocks of food fade into the background. Spices were my first foray into discovering that the way I saw food was altogether twisted. And my love affair with all things edible – built on a fundamental respect for those fragrant bundles that made it taste so good – really took form.

It’s no surprise that my goodbye party from Aix-en-Provence consisted of a huge Moroccan feast. 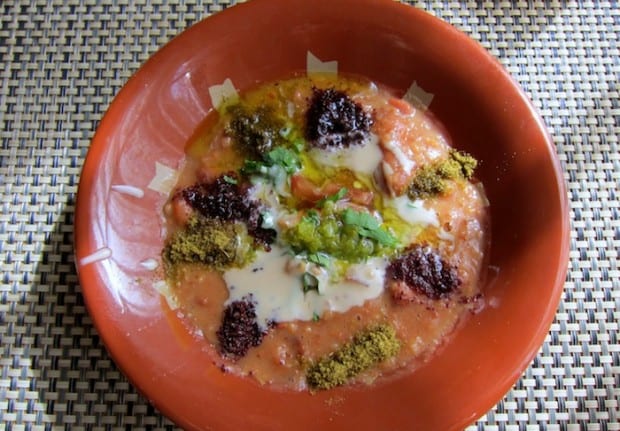 Fuul from Jordan, topped with sumac and za’atar

Fortuitously, my discovery of spices coincided with a forced change in my eating habits. Shortly after arriving in France, I was diagnosed with celiac disease, a condition that required me to cut out all gluten from my diet. Meaning that I’d be unable to eat bread in a country renowned for its baking prowess. The diagnosis came after months of weakness and exhaustion; having never heard of celiac prior, I had no idea what was making me so tired. My first instinct was to cut back on dairy (my mother is lactose intolerant) and increase my bread intake. Of course, this was a terrible idea. Severe anemia, a nutrient deficiency, general sleep deprivation and lots of stomach issues followed. By the time I went to the hospital for testing, I had lost 15 pounds and was too tired to walk up the stairs to my room on the 4th floor.

With my diet now severely hampered by the diagnosis, I needed to get creative with what I could eat, and happily I had the mechanism to do just that. I could add garlic and rosemary and paprika to chicken, or I could add cumin and coriander and lemongrass to chicken. Two entirely distinct meals, each with their own associated thought patterns and backgrounds. Giddy with the possibilities, spices managed to negate the thundercloud of negativity surrounding this big change in my eating habits. I started running, for the first time in my life. I started watching the glycemic index in the foods I ate. And I started to read what I could about complexity of taste in food. 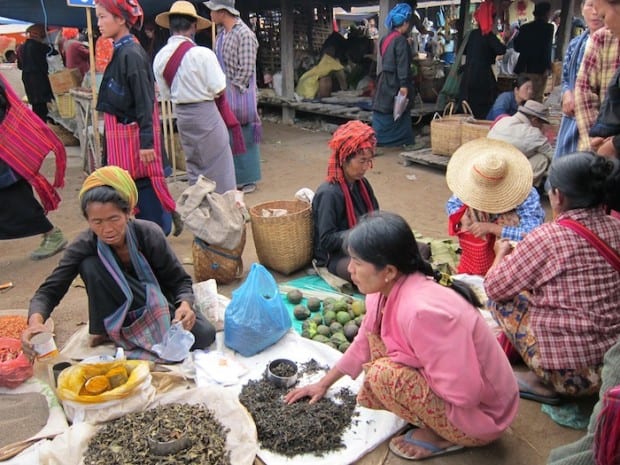 Spice stalls at the market in Inle Lake, Burma

When I started working in New York in 2003, my newfound passion fell to the wayside. In those intervening years, the ones between France and my current travels, I cared about food (just ask any of my friends who were stuck eating with me when I didn’t enjoy the meal) but the intensity was lost. With the pleasure of slowness taken out of my meals, I stopped honing in the brightness and tastes. I’d occasionally talk about wanting to write a book about the history of saffron or how spices make our lives better, but my heart wasn’t in it.

And then I quit my job, started travelling and fell in love with spices all over again. 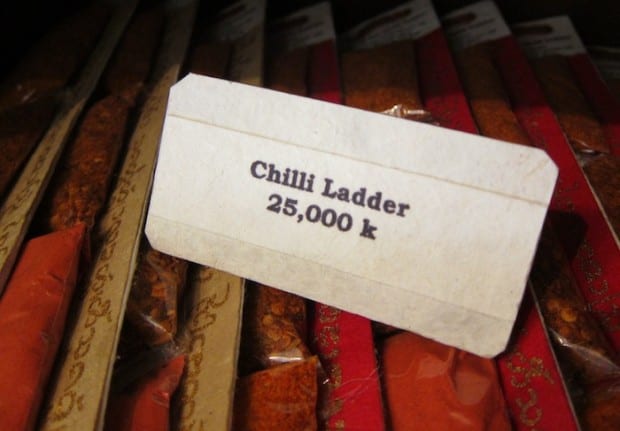 It has been almost a decade since France, and each time I walk into a market, I can easily reach the newness and excitement that I felt back in Aix-en-Provence. I’ve still got celiac disease, but I’m not as diligent about it as I ought to be – during my time in Jordan, I couldn’t resist the soft, piping hot Bedouin bread, cooked on a saj right in front of me. I paid for that in spades, but my stomach pain was mitigated by the fact that I was back in a land of spices, back to the knowledge that food could be a pleasure even though much of it was off limits. Instead of Ras-el-hanout, I inhaled piles of za’atar, a blend of sumac and thyme, sesame and oregano, each vendor’s recipe different from the next. 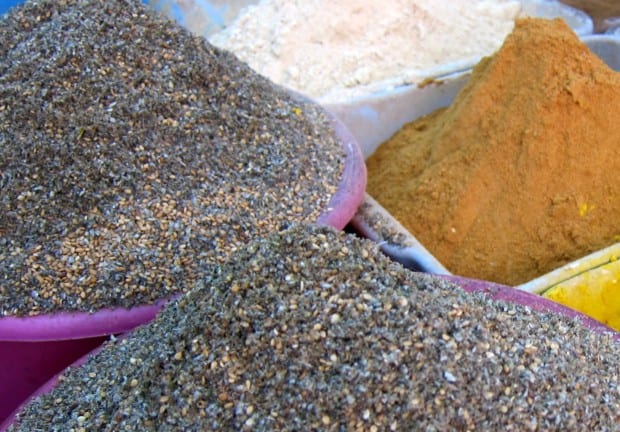 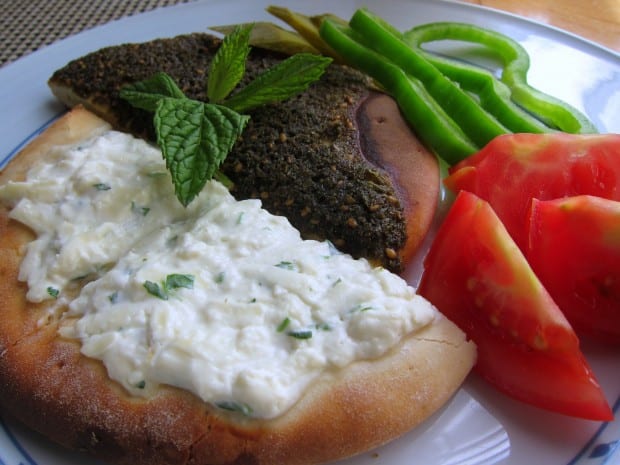 Breakfast in Amman, pita covered in za’atar and labne (one that my tastebuds loved but my stomach rejected).

Most of the time, however, I do what I’m supposed to do and avoid gluten, something easily accomplished in my primary geographic focus of Southeast Asia. Instead of spices and thrilling accoutrements like pomegranate molasses, Asia opens up a whole different set of tastes and themes. Hot, salty, sour and sweet, with each dish tasting more like something than I can ever adequately explain. The solid, tangible tastefulness is hard to impart, as knowledge goes. Most people don’t understand the infinite wonder and my choice to spend days roaming through markets and watching people cook under a hot fire. I do often see the sights, but all the while I’m itching to get back to the food. These colourful creations, each evoking stronger memories than anything I could get at home, effortlessly made in front of me and overwhelmingly flavourful. And yet, chilli and sauces and fresh herbs are piled atop the plate after it is served, adding layers of seasoning on an already-seasoned dish. Instead of a mishmash of chaotic flavours, it all balances out.

Years after my arrival to Asia, I have so much to learn. 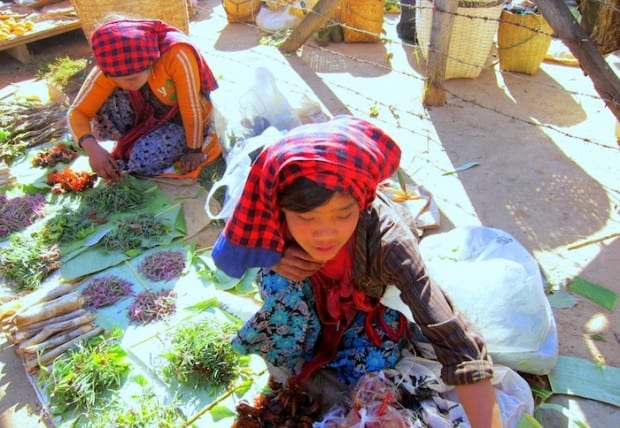 Fresh herbs at a market in Burma 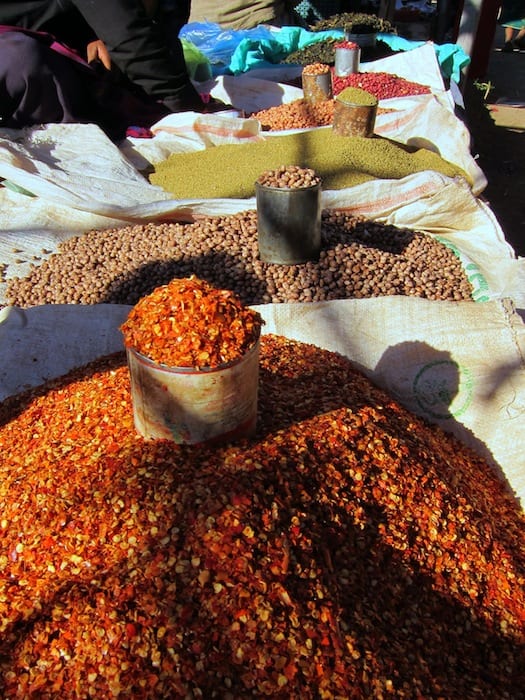 Spices at a market in Bangkok

Street food figures prominently in my travels not just because it is an ideal way to connect with locals but also because I am genuinely fascinated by the naturalness of creation that goes into roadside cooking. That one can whip up a complicated dish of curry and meat and egg and spices in minutes, with the same basics we use at home but with neverending flavour sets, brings a big smile to my face. And with each completely balanced dish emerging out of one sole wok in Asia, I can’t help but think back to where it all began for me. The magic of the tagine, one clay pot holding secrets to a series of foods I never knew existed. 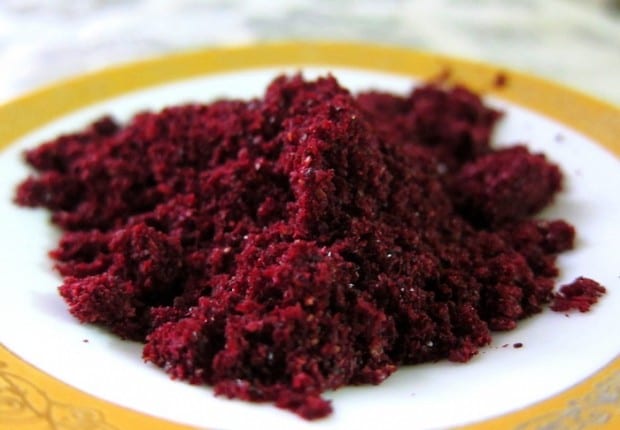 Sumac: strong, flavourful & used in an incredible array of dishes in the Middle East

Author’s note: When I started this site, I rarely wrote about food; it was less of a priority than it is now. But as Legal Nomads has grown, my travels have tipped into food more than ever before and I’ve started posting about my culinary experiences. As I’ve honed in on the types of travel and writing that I feel passionate about, food crops up startlingly often. I am now accustomed to fellow travellers looking at me askew when I veer off into some intense, angst-y tangent about kaffir lime leaves.

So what’s next? Leading street food tours in Asia? A book about sumac? A restaurant serving one sole dish, prepared a myriad of ways using different condiments? The possibilities are endless, so long as one of my projects involves food. I love to travel, to soak in chaos and movement and the pulse of a new place. But the nut graph has shifted from from pure travel to experiencing places through food. No matter where I am, I’d be smiling with only a clay pot and a pile of spices to call my own.