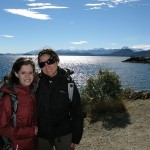 We started this blog originally with the slogan “Two Lawyers, One World” and wrote together for the first few months. But Jodi got sick pretty quickly, and Jess ended up writing less and deciding to travel without blogging, returning to her job after the year was up.

If you’re reading this you know Jodi never did return and has instead kept Legal Nomads going (focusing on food and storytelling instead) and redesigned the blog to reflect her new work as a food and travel writer.

This is one of the first posts from the original blog, and here is the initial itinerary:

July 9th – Fly out of Johannesburg to Kilimanjaro, Tanzania for a full moon Kilimanjaro climb from July 11th-20th.

[Aug 1 – September 6: No clue yet, but will figure something out – hopefully flying to Cairo and then to Tel Aviv]

From there, it will be China, SEA and we’d also like to get to the golden triangle in India or to Nepal (but realize we are packing quite a bit in here)…..From SEA to Bali/Indonesia then to Oz/Nz (Tazmania included) for a few months, then South Pacific then back to NYC.

This did not happen.

But what did happen is that after getting sick immediately in Chile and coughing through a lot of Patagonia, she got a semi-clean bill of health (and by “semi-clean” I mean that her bronchitis was almost gone, but the muscles she pulled under her left ribs? Not so much…). And thus left Punta Arenas for nearby Puerto Natales.

About 250km north of Punta Arenas along the sheep and ñandú lined Ruta 9, Puerto Natales is a squat, basic town at the edge of the Last Hope Sound in Chile´s Ultima Esperanza province. True to its evocative name, the snowy bus ride out of the Magellanes province was replete with bleak, flat landscapes and a hell of a lot of shrubbery. Momentary bursts of sun revealed the Balmaceda mountain in the distance and, according to the map, Torres del Paine directly behind it.

After hoisting her birthday to April 11th, Jess, the pseudo-birthday girl declared the arrival in Puerto Natales “International Chocolate and Coffee Day” and mapped out a winding route of gluttony through Puerto Natales’ cafes and confiterias.

The two former lawyers ate our way through the city and then ventured on to Argentina, to El Calafate and the Perito Moreno Glacier.

If you’re reading this now, you can find of Jess’ posts on the blog here, and the story of many of Jodi’s sickness days here.

3 thoughts on “Welcome to Legal Nomads! We are off to El Calafate”