I first met Andrew Comrie-Picard at McGill Law School, where we were classmates in an International Tax Law class. I have followed his career with interest because he was not only a quiet and thoughtful guy, but the kind of career transition he pulled off is one that many lawyers aspire to.

After a few years, Andrew left his biglaw career to pursue his passion for motorsports full time, which is no surprise when you look at his background. He started racing BMX bikes in his hometown of Edmonton, raced rally cars when studying at Oxford University in the UK, and in 2002 won both the Canadian Novice Championship and the Canadian Open Class Championship, becoming the only person to achieve both in the same year and scoring the first major success of his racing career.

Since then he has won multiple rallies in both Rally America and the Canadian Rally Championship, was crowned the North American Rally Champion in 2009, and competed in the X Games rally car competition, coming away with a bronze medal in 2010 .In July 2017, he returned to rally competition in the American Rally Association series New England Forest Rally, and placed first in Production4WD class and fourth overall.

In the years since, he’s cohosted videos, had his show “Car Saviors” air on Discovery Channel, served as a stunt coordinator for Top Gear USA, and was a stunt driver in quite a few films and TV shows.

Let’s be honest, if there is anyone that I started this series to feature as “Thrillable” it is Andrew.

I hope you enjoy the interview!

I was on the wrong side of my own desk from the start. Here I was papering all these deals for artists and performers and all I wanted to do was to be out performing, to be doing something first-order. The guy who replaced me put up a cartoon from the New Yorker on his office wall. It had a kid, dressed as a cowboy, and he’s looking up at his parents, saying, “Well, if I can’t be a cowboy, can I at least be a lawyer for cowboys?” I thought that was the saddest thing I’d ever seen. Go be a cowboy, kid.

But the fact is that the alternative to law just chose me – I ended up spending enough time on the racing that there just wasn’t enough room for a law career too. Fortunately the income from the nascent law career helped launch my racing career, so I can’t really say it could have been done another way.

What do you find most fulfilling about your current job or jobs?

I like to perform, and I like the success or failure to rest on my shoulders. That’s not so different from a lot of lawyers, probably, but in my case my best performances are driving cars or in front of the camera or – best – driving cars in front of the camera! I like nailing a performance that other people respect and that was difficult to pull off. And I like telling stories.

My next project is the longest, most difficult automobile expedition ever attempted, and we’ll be live-streaming most of it. It’s basically the natural extension of what I was doing when I was 12 years old, trying to get a dune buggy through a mudhole and commenting on it for a beta tape machine. Now we’ll be taking vehicles to places they’ve never been.

For Andrew’s advice to aspiring race car drivers, see this interview from September 2015 on The Truth About Cars

It sounds so corny, but just go through the first door.

You’ll never see the other opportunities – the subsequent doors to open – until you start down the path.

Also, ask yourself what the worst-case scenario is. That your chosen alternative vocation won’t work out? Or that you’ll look back and regret that you never tried it? The latter terrifies me, while the former is a just a speed bump on the way to something else interesting, or slightly modified. Basically: have faith in yourself.

Andrew and his teammate at the Ojibwe Forests Rally after winning 3rd place. Source: Scion

The education is great. The problem is the mission creep that happens when you’re at law school and you say “I know I don’t really want to be a lawyer, but I’ll just summer at a firm to try it out…” But the rigor of the education is great, and you can use the experience and signaling in so many places in whatever other life you choose, in any negotiation or business relationship.

It took me a long time, but I no longer identify myself as a lawyer at all. I never really did anyway, but then for a long time it was a footnote, and now it’s dropped off. People find it an interesting part of my bio but that’s really the only time it comes up.

People who become lawyers are some of the best people I’ve ever known – smart, funny, quick-witted, socially-conscious, and interesting. The challenge is squaring the career in a typical big firm with the person you grew up as.

I think there’s a risk that lawyering is so terribly worldly – you become so good at operating within the rules that it becomes more difficult to go and change them. Now, some of the lawyers I’ve known are behind great ideas and have happy, balanced lives. But I found it difficult. Ultimately, I just had different operating software installed and didn’t realize it.

In the end, if you think you’re going to be happier looking back and saying you were a cowboy, go be a cowboy. Be a great one. You can hire a good lawyer, but finding a good cowboy is tough.

Fortunately, I know a lot of good lawyers.

Andrew Comrie-Picard, also known as ACP, is a former New York City lawyer turned rally race car driver. He has a Master’s degree in Political Economy from Oxford University, and LLB (Bachelor of Common Law) and MBA degrees from McGill University in Montreal. Andrew raced competitively in EU rally car competitions when at Oxford, and continued in Canada. He has won multiple rallies in both Rally America and the Canadian Rally Championship, was crowned the North American Rally Champion in 2009, and won a bronze medal in the X Games Rally Car competition. He has also been on TV shows and in movies as a stunt car driver. You can find Andrew on Facebook, Twitter, YouTube and Wikipedia. 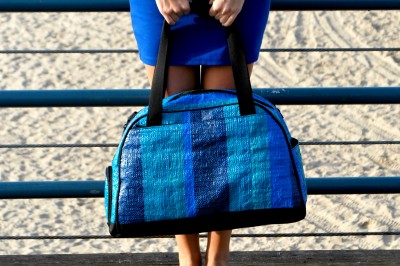 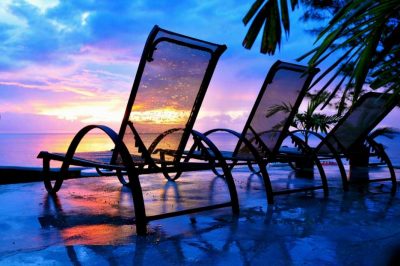 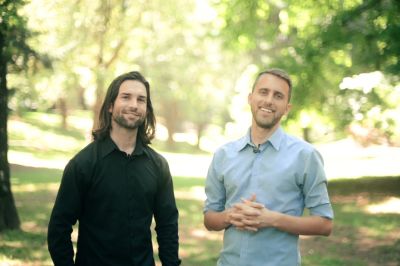