After I fell down the stairs and fractured a rib, I spent the summer in Ottawa with my brother (eating a lot of soup) and then the month of September with my parents, split between the Eastern Townships and Montreal. My body healed more slowly than I thought, but the subsequent cognitive troubles were what worried me. Though it was the rib that hurt me the most, when I fell backwards I also clonked the back of my head against a step and passed out. I came to at the bottom of the short flight of stairs, aware of the pain in my rib and nothing else, unsure of how I got there.

In the weeks that followed, I started stuttering occasionally. More worrisome for a woman who subsists on the energy of words, I had trouble finding them as I spoke. Mid-sentence, I would stop and sigh, confused about what was happening. There was a concern of something awry in my brain after hitting my head, but happily an MRI has shown that my brain is just fine. (“Pristine” was the word the neurologist used. I’ll take it!) Instead, I’ve been told these kinds of symptoms are normal for some people with concussions, and they should dissipate in time. But it’s taken longer than I thought, and I don’t fully feel like myself right now.

Travel to Thailand, then back again

So instead of an excited announcement for restarting my Jodi Eats food tours in Saigon, I have decided to head back to North America after my time in Bangkok. I am a bit worried about the travel to Thailand, with long flights and layovers, but I think that is plenty of a toll on my body right now.

As I’ve written earlier in the summer, I’ve long pushed myself past the bounds of what is reasonable health wise, and I think I ought to listen to my body for once. While I absolutely love Saigon, there is a reason that I joke wryly that if I were to write about my time there I would entitle the book The City I Love is Trying to Kill Me. Every time I visit, I end up with a respiratory infection, and with dengue rates quite high this year, I think the right thing is to go somewhere I can simply rest. The chaos of Saigon isn’t that place, as much as my stomach is telling me that I am absolutely wrong in skipping it this year.

Saigon sure is beautiful. I took this during the Lunar New Year (Tet) fireworks several years ago.

I’ve done a few interviews this summer and a frequent question is “are you done with all this travel yet?” When people ask me if travel is “out of my system”, I reply with a smile that this is the new system. But as I noted in my 7 years of travel post, there are ups and downs to any choices, and if I’m going to be flexible in the life I lead, that has to include the awareness to stay still when my body says enough. I thought the summer would suffice to heal up, but I was wrong.

So about those fall plans…

First, Sunday I’ll be flying to Toronto to help G Adventures celebrate their 25th anniversary. I usually attend their Future of Tourism event, but this year they’re holding a fundraiser for their Planeterra nonprofit arm instead, as well as the promise of a big announcement about the company. They’re livestreaming the evening from their Ignite the Night page, so the announcement will be posted there. I’ve been a brand ambassador for 5 years now, and I’m looking forward to hearing what’s in store for them.

Then on Wednesday I will fly to Bangkok  to do the closing keynote for TBEX Bangkok about the neuroscience of storytelling, and why stories matter. During the Montreal meetup this weekend I joked that I had finally stopped throwing up with nervousness before I got on stage, but that a keynote might just bring me back. I’m looking forward to a full month in Thailand in total, as well as a reunion with some of my favorite foods from the country and the people I met when I stayed in Bangkok in 2010.

This was a few years ago, but there used to be an amazing woman who made smoked pork at the market and we would all rush there on Sundays to get some before she left. Sadly one day she just never reappeared, and I’ve dreamed about the pork ever since. This photo always makes me laugh because I would carry extra photos for visas with me as I travelled, and when I left to use the washroom mid-meal, I put my photo there to ward off anyone from eating it or throwing it out. Creepy, but effective. Yay for more Thai food soon!

I will head back to Montreal in early November instead of staying in Asia.

As for January, stay tuned! I am thinking Mexico since I have never been outside of Mexico City and (*cough*) Cancun. Plus, I just put the Mexico maps in the store, so it seems like a good time to eat everything on them. A return to Portugal is another option. If I’m feeling better, Asia is as well.

For now, thank you for all the well wishes this summer, and for those who turned up for reader meetups in Ottawa, Montreal, and Toronto. I am not often in Canada and a byproduct of sticking close to my hometown has been the ability to meet up with more readers than usual. I enjoyed meeting so many of you, hearing your stories, and answering your questions.

A big thanks to Montreal reader Alain Wong who I met a few years ago and who offered to meet me before the meetup this weekend to take some photos. He shoots weddings and maternity pictures and is a wonderful photographer. I hate hate hate being in front of the camera. My friend Euvie shot my Saigon photos that grace the about page, and what distracted me from the awkwardness of being in front of the camera was trying to stay alive as she had me walk through traffic. Alain wasn’t so lucky and got awkward smiles and a lot of talking while he was trying to take photos. HOWEVER! He also got a cat, which bounded into the frame while we were in an alleyway in Griffintown. I love these two pictures. I was a happy Jodi to see the feline.

The Links I Loved newsletter coming out tomorrow with some of this info as well as the best of this month’s longform writing from around the web. My word master Marloes and I are working on building destination pages for each of the countries I’ve been to that will serve as resources for them, which is a long but rewarding endeavor. We are also completing the How to Work and Travel from Anywhere page that I’ve promised as a sidekick to my World Travel Resources Page. And finally, we are starting to email people who volunteered for the Gluten Free Cards Translation Project, and the list of crowdsourced translators is long and mighty. (If you want to volunteer your language skills, see here.) I’m looking forward to sharing them all with you, and hope they serve as resources for those with questions or fears about their next steps involving travel.

That’s it for now! Hope to see some of you in Bangkok. 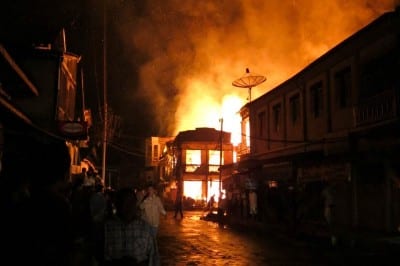 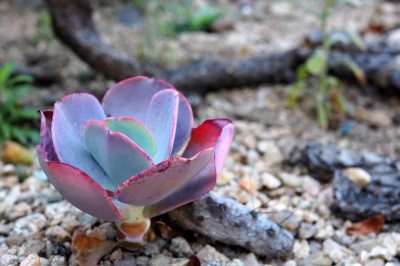 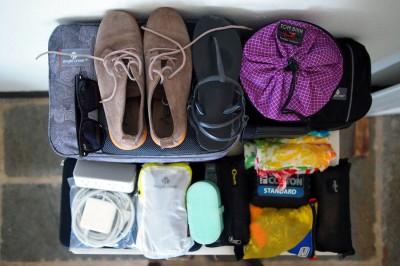