Colombia in the Blink of an Eye: Bogota and Medellin

There is a strange dichotomy inherent in traveling at breakneck speed. On one hand, your days are so full that they overflow and spill into the next, blending into one unit. The edges of your hours are coiled inwards, a knot of time indecipherable from the others. Memories are vague but those that linger are reduced to the basest level: smells, sights, tastes.

On the other hand, the things that do stand out really stand out, rising sharply above the rest of the mess below.

And so it was with Colombia.

Bogota in a Whirlwind

With 4 nights and only three full days in Colombia – and 13 appointments altogether – I’m left on this flight to Lima trying to parse through the chaos of my brief time in the country. This was my first trip to Colombia and I can safely say that I want to return and explore it further. With a few days of Spanish under my belt, I was able to hold my own in meetings while explaining IH New York’s programmes and am getting more accustomed to travelling in a suit. What used to be commonplace during business trips from New York now seems wholly foreign; it is funny to reflect on how the tables have turned.

But back to those things that stand out: trying my first arepa con queso in Chapinero’s bustling Calle 63, the sweet corn flour and soft cheese fusing together into one perfect bite. Connecting with one of the agents so well in no time at all that after our meeting she brought me for a quick coffee, having a bare bones “my life in a nutshell” conversation that only two kindred souls with limited time to talk can afford. Talking geography with my cab drivers, and explaining that Montreal’s vast networks of underground tunnels stem from the undeniable fact that it’s disgustingly cold in the wintertime. Finding my favourite graffiti of all “I like your smile and coffee”. Taking that first glorious mouthful of lechona and knowing I’ll be eating it again – very soon. Climbing through the winding, steep streets of La Candeleria as the afternoon sun reflected on the bright buildings and cobblestone streets. 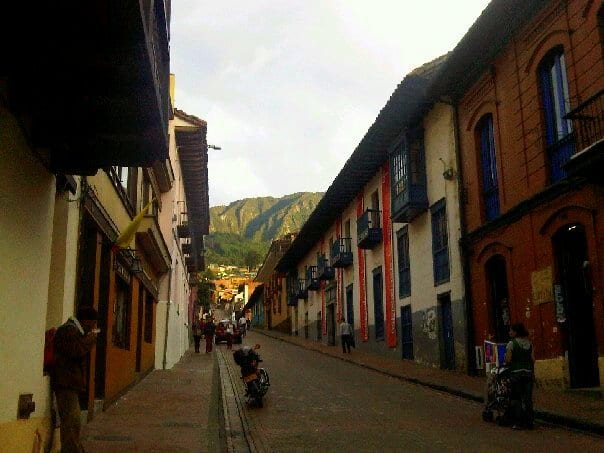 La Candeleria in the afternoon.

Medellin: A Much-Needed Night Out with Friends

From what I managed to see of Medellin in the short afternoon and night that I was there, I’m hatching a plan to return. Cradled between the lower Cordillera mountains and filled with such an incredible variety of neighborhoods, I was very sad to leave after only one night. But what a night it was! Hosted by David from Go Backpacking, who I initially met in NY in 2009 and saw again at TBEX this summer, I was treated to a delicious BBQ by Troy Floyd and his roommate Mike, replete with lomo, arepas and a delicious vodka punch.  From there we swung to Parque Lleras to pick up Benny from Fi3m and went out to dance at Octavia with a trove of David’s friends. Troy made sure I tried my first shot of aguardiente (the verdict: not my favourite but not as terrifying as Pastis), and we all salsa’d the hours away to a curious mix of reggaeton, cumbia and of course, 90s rock.

My introduction to Mr. Beef, the best BBQ name ever: 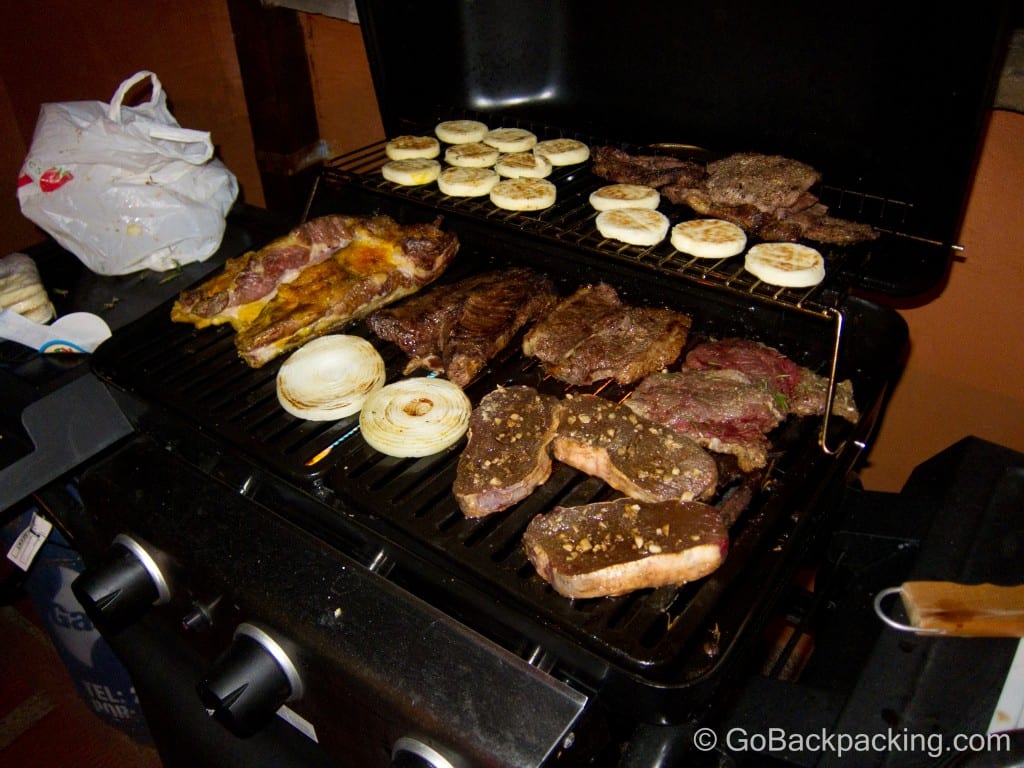 And the requisite Vanna White shot: 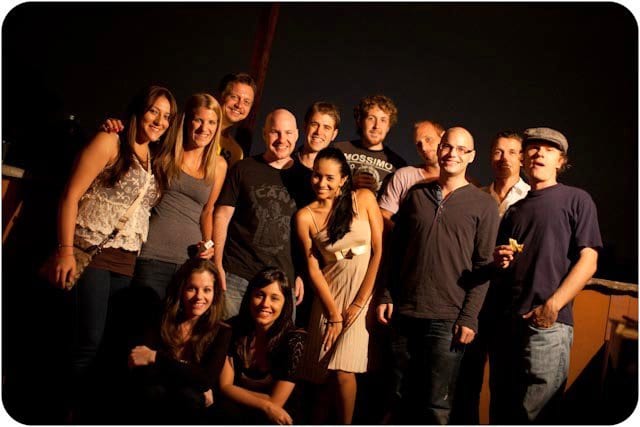 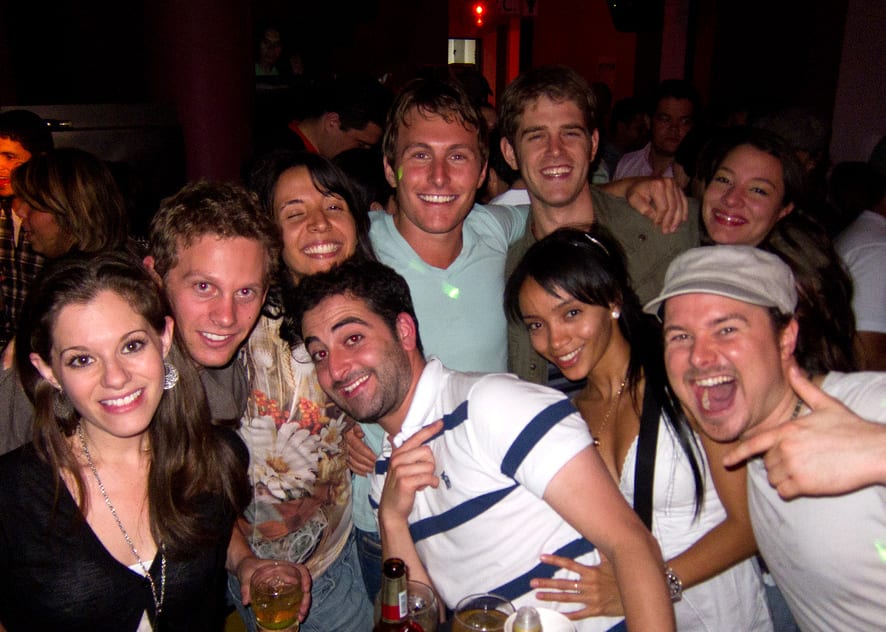 After a great night out, my return to the airport featured a lovely panorama of Medellin after the rain, with the clouds letting rays of sun stream down on the city below. An excellent end to a fun few days. What rises to the surface after this brief trip in Colombia is a lot of smiles – which is exactly how it ought to be. 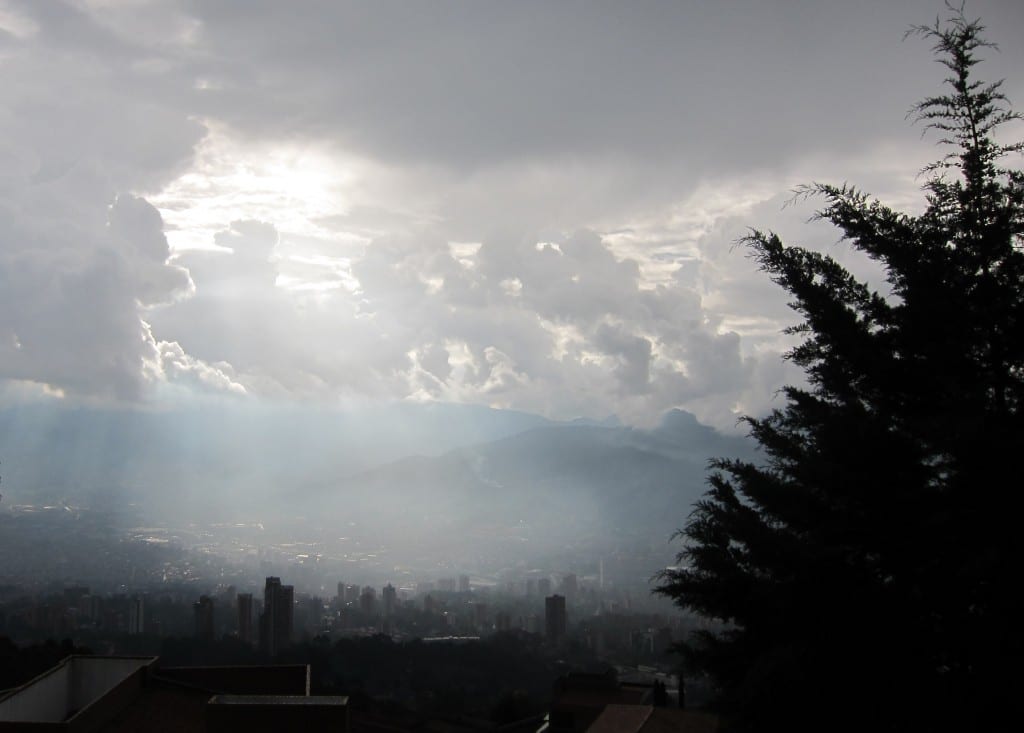 Medellin after the rain.

After just a few days of Colombia, I’m excited to head back to Quito (having not been since 2003) and back to Uruguay, where I lived for a good part of 2002. And of course, there’s plenty of ceviche, dulce de leche and parillada to be consumed.

More to come from Lima and Quito!