One of the benefits of spending a prolonged period in a new city is the ability to attend festivals and ceremonies as a part of everyday life, something that we don’t often get a chance to do as tourists. February 18 was Makha Bucha day, one of the more important holidays in Theravada Buddism. Celebrated on the third lunar month’s full moon, it marks the Buddha’s first sermon to his disciples (known as the Ovādapātimokkha) nine months after his enlightenment. There were 1,250 disciples in attendance and Makha Bucha celebrates not only the sermon but the fact that none of the disciples were summoned; they spontaneously showed up of their own accord. The day is a public holiday in Thailand, Laos and Cambodia, and living in Chiang Mai enabled me to watch the ceremony unfold as dusk fell. 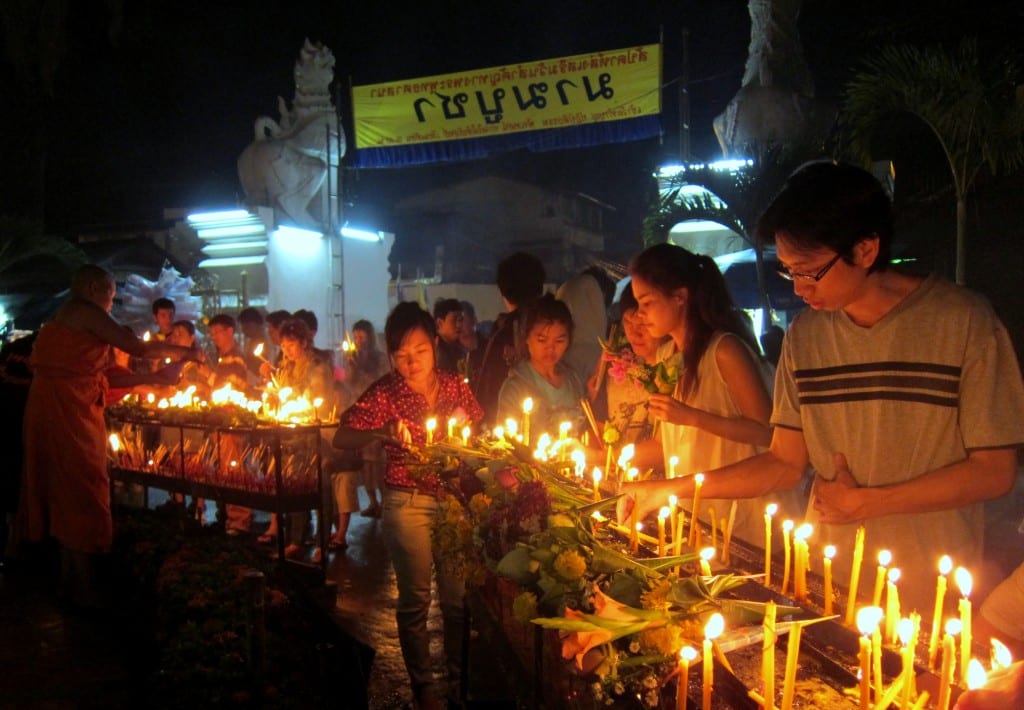 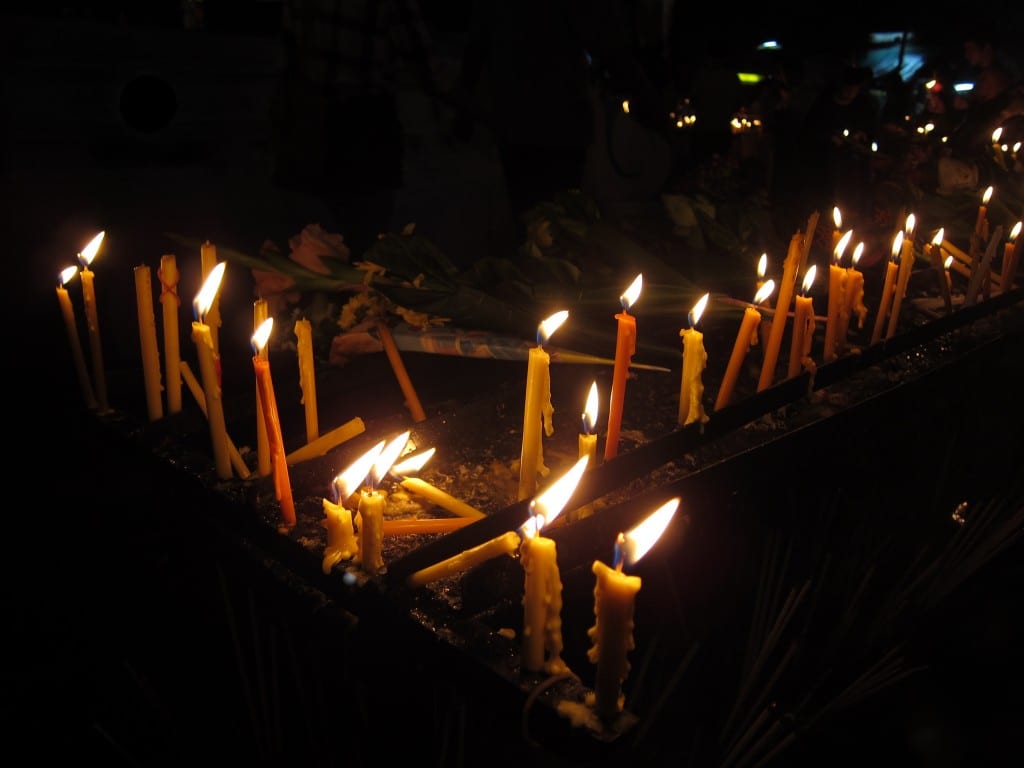 A crowd of Thais performing wian tian, circling the temple clockwise three times with flowers and candles in hand: 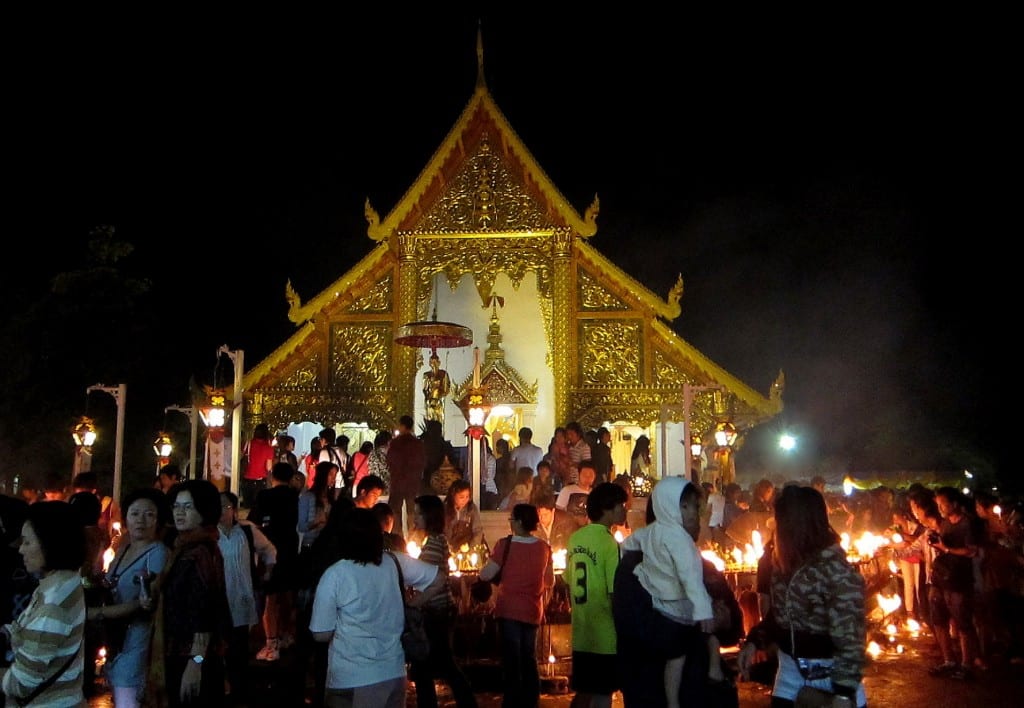 At the far reaches of the temple grounds, a quieter scene in the smaller pagodas: 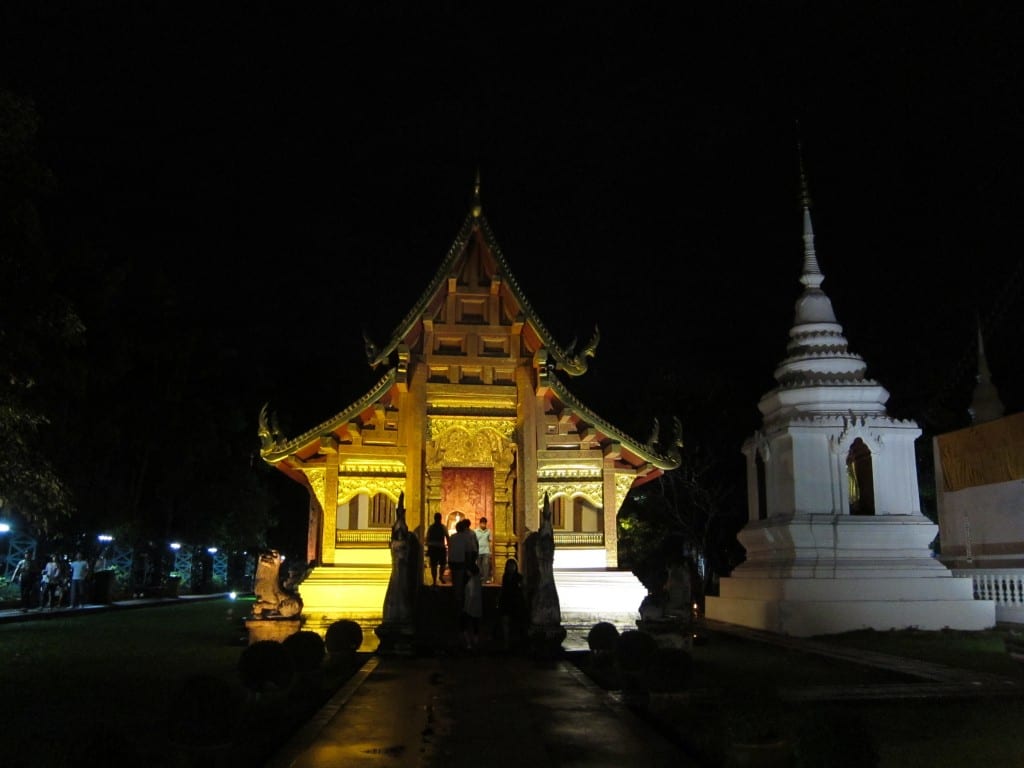 While beautiful during the day, Phra Singh at night was a sight to behold: 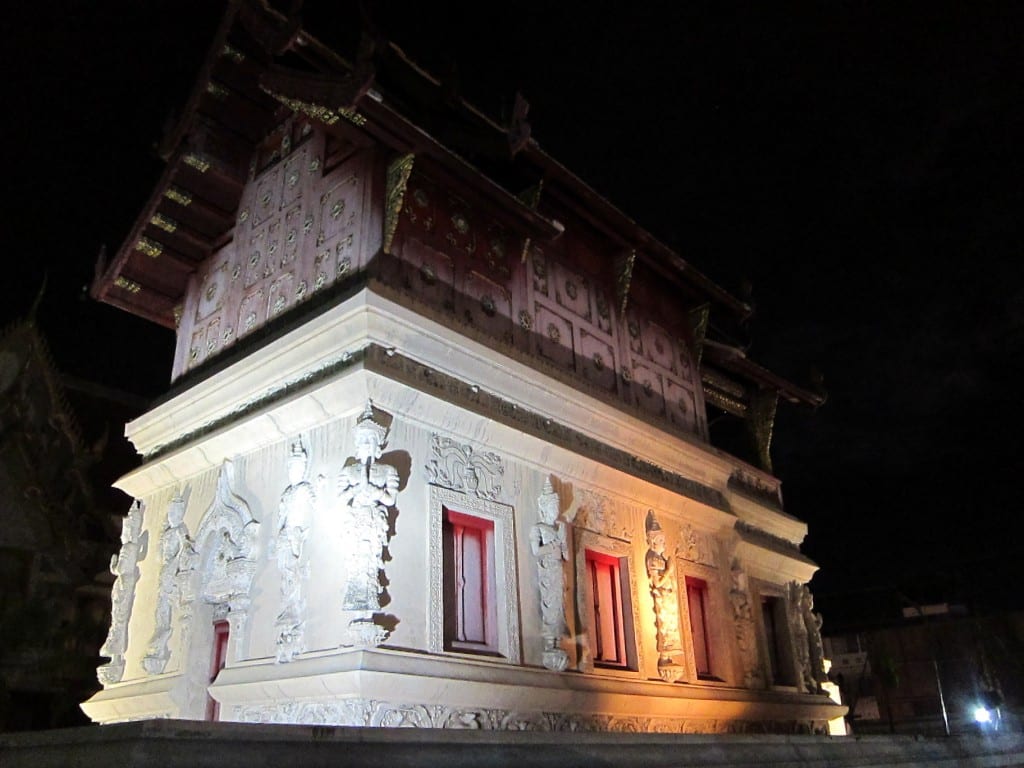 Next year’s Mahka Bucha Day will be on February 7, 2012. For any travellers in the area, I highly recommend watching from the sidelines; it was a beautiful evening.

This is a shorter post than usual, but I wanted to give a small snapshot (or 5) into my life here in Chiang Mai. I’ve been cobbling together my favourite places to eat and things to do, but ceremonies like this – woven through the routines I’ve created – are part of what makes living here special. It’s the same in any new place; it always feels gratifying to participate in festivals not because you are checking them off a to-do list, but because you love your (temporary) new home.