Highlights from my Night in the Jakarta Airport

Getting to Bali on the cheap – or anywhere on the cheap for that matter – usually involves a fairly horrific departure or arrival time, some serious caffeine and (depending on the trustworthiness of the company) beer. My trip from Manila to Bali’s Denpasar Airport was no exception.

9:10pm – Departure. I have an exit row to myself, and so does the guy across the way. His name is Duncan and he ends up being the sole reason I stay awake at the Jakarta airport while waiting for my AM flight to Bali. Given that the other option was to sleep in the airport on a bench, which was my initial plan, I am fairly grateful for his company.

11:35pm – Flight lands in Jakarta. Thankfully, the immigration officer does not ask me for proof of onward travel, since I have none. I do, however, have a made-up story about traveling overland to Malaysian Borneo. Luckily I do not need to resort to telling immigration about it. The immigration officer gives me my visa and then, pausing to look at my passport photo of me with very, very short hair (I donated it all to charity), tells me that he prefers my hair long and I should “consider that” next time I go to get it cut. Fair enough.

11:40pm – Drunk Chinese man directly behind me in line keeps breathing drunken Mandarin phrases down my neck and giggling like a maniac. Classy.

12am – Duncan, who is from Adelaide but has lived several years in Sydney, Brasil, Columbia and a slew of other random places around the world in his (I am guessing here) 50-odd years and I cannot find the luggage carousel with our luggage on it. We spy our bags carelessly thrown on the floor in the middle of the baggage claim area. The baggage claim guy is annoyed that he had to wait with our bags until we arrived; I explained that the visa officer was educating me on the intricacies of flattering hairstyles. Confused, he shoves me bag at me and stalks off. 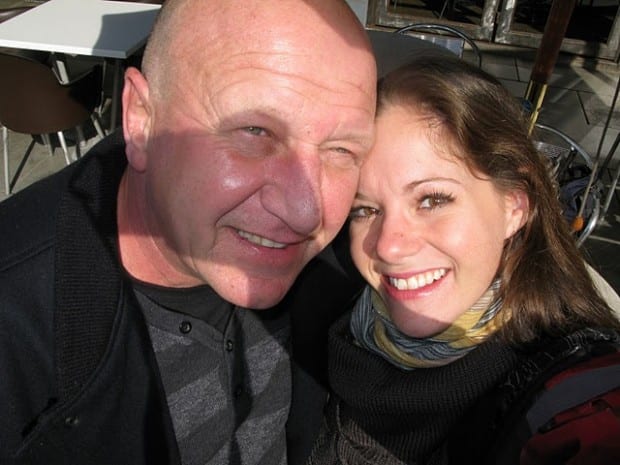 12:05am – Duncan and I figure we might as well get a drink before I move to Terminal 3 to set up camp. We find out that not only is Terminal 3 closed for the night, but Terminal 2 has only one cafe open. Bad news: Terminal 2 is dingy, dirty and full of creepy looking people lurking about. Good news: the cafe has beer.

12:15am – Duncan casually mentions that he has no flight booked to Denpasar just yet. I tell him I am on the 6:40am flight to Bali and that, were we able to stay alive and awake during the night, he can try and book a ticket on the same flight once at Terminal 3. If we can get to Terminal 3, that is. Overhearing this conversation, the waiter beckons to his friend and suddenly there are 4 new people trying to convince Duncan to book a flight through their random travel agencies.

1:00am – A few beers later, we are slowly falling asleep. All but 1 of the flight agents have left. We decide to switch to coffee.

2am – A Russian businessman in a suit sits down and is swarmed by the flight agent and the waiter. Duncan and I use this opportunity to switch back to beer.

2:30am – We start negotating a price to get to Terminal 3. The waiter finds a driver and we are quoted 70,000 IDR. 7$ to go around the corner. We cannot walk there because there are 2 highways also around the corner, but we sure as hell aren’t going to pay 7$ either.

3am – We find a metered cab and ask to go to Terminal 3. He agrees. We put in all our bags, get in the cab and – he doesn’t turn on the meter. We argue. He shakes his head. He thought we said downtown Jakarta, not Terminal 3. Right. We get out and take our bags.

3:10am – We find a random man outside Terminal 2 with a car and ask him to take us to Terminal 3 for 20,000 IDR. He agrees, excep that when we get into the Terminal 3 parking area, he tries to get 4,000 IDR more out of us just to drop us off at the door. We ask him to stop the car and get out, walking the last bit ourselves to the mirth of the police guarding the terminal.

3:12am – Arriving at Terminal 3 we are not so shocked to see that it is still closed, despite being told in Terminal 2 that it opened at 3am.

3:15am – Duncan convinces the Arrivals police to take our big bags and let us into the Arrivals hall to wait, instead of waiting on the ground inside. We make a beeline to the 24 hour convenience store. Duncan gets more beer and sneaks a cigarette in the stock room behind the store; I sip my instant coffee and wonder if I have ever felt this tired before.

3:30am – A family arrives at the 24 hour store. Bored with my yawning, Duncan pounces upon them to find out where they are from and where they are going.

3:45am – The Air Asia office opens. Duncan buys a ticket on my flight while I sit, half-asleep, on the waiting bench. Thanks to Duncan, this is the only bench-camping-out that I have to do.

4am – Finally, the Departures hall opens. We pick up our bags and traipse over to the check in counter.

After a long night of no sleep, I slept the entire way on the flight to Bali, and then again the whole afternoon following my arrival. Joanna is here now, and we are staying at a lovely place called Flashbacks in Sanur, a quiet town away from the Kuta nightlife. Thus far, the Balinese live up to their reputation of being extremely friendly and permanently cheerful. However, Sanur – and the rest of Bali’s south peninsula – are extremely built up. After months on El Nido, McDonalds’, Crocs stores and more tourists than locals definitely leave a bad taste in my mouth. We will move on from here to Ubud and onwards to Lovina, hopefully escaping some of the crowds. From there, we hit the Gili Islands and then I will move on to Lombok as Joanna heads home.

6 thoughts on “Highlights from my Night in the Jakarta Airport”