The beauty of writing about a place after you’ve been is that looking through your pictures and your notes enables to you relive the aggregate of your experiences one more time. The problem with Burma? There are just so many stories and pictures that I want to share that I’ve been entrapped within the vastness of my own memories. This was my initial problem in writing about my first weeks in the country: so much depth to what you can see and do and feel and eat that you don’t know where to begin.

More than anything, I think the pictures speak for themselves. I’ll be posting a series of photo essays from in and around Mandalay: climbing Mandalay Hill, the gold leaf and weaving shops, the famous U Bein teak bridge near Amarapura and my favourite of all the sights in the city, the tiny Shwe in Bein monastery, lovingly carved out of teak and tucked away in a quiet corner near the jade market. While Mandalay is not as visited as Bagan or Inle Lake, its history as the last capital before the monarchy fell made it a fascinating place to visit. Staring at the palace from outside its huge moat, I couldn’t help but imagine the sequence of events that led to Mandalay’s fall.

Mandalay Hill is easily my preferred vantage point for the area around the former capital city. From the Irawaddy snaking through the land below to the bright, beautiful sun setting against the faint hills in the distance, it is a perfect way to start exploring of Mandalay.

The entrance to the stairway is protected by two Chinthes, huge leogryphs that often guard temples or pagodas in Southeast Asia. The Chinthe is also on the Kyat, Burma’s official currency. 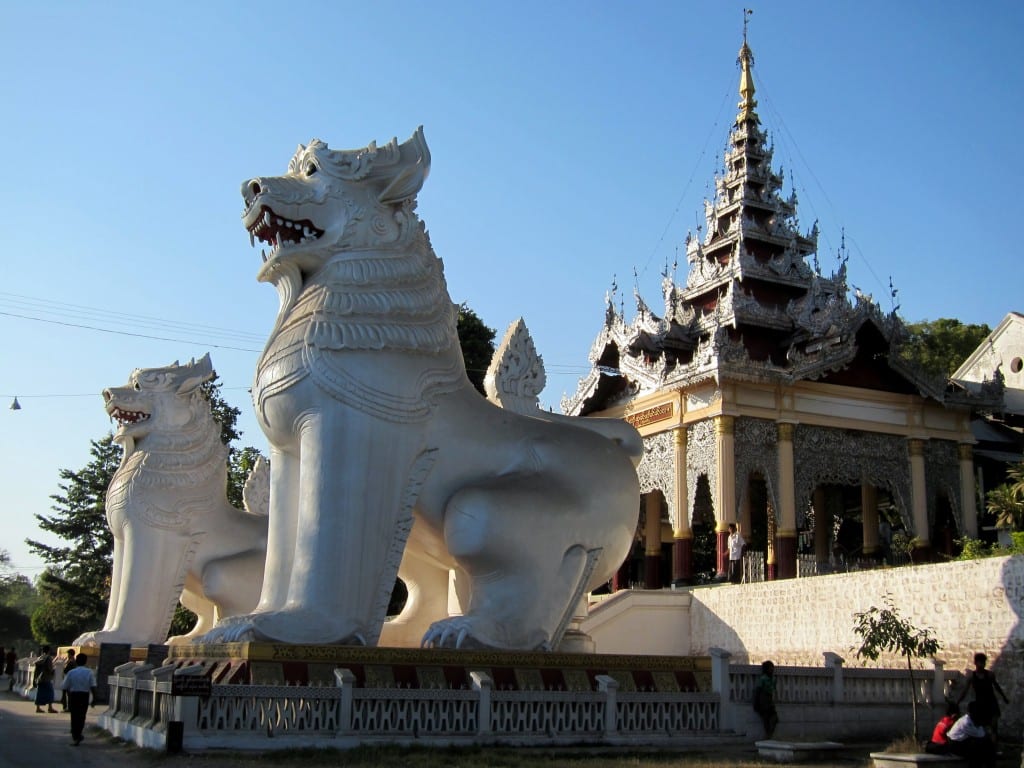 There are four saungdan (covered stairs) leading up the top from the north, south, east and west: 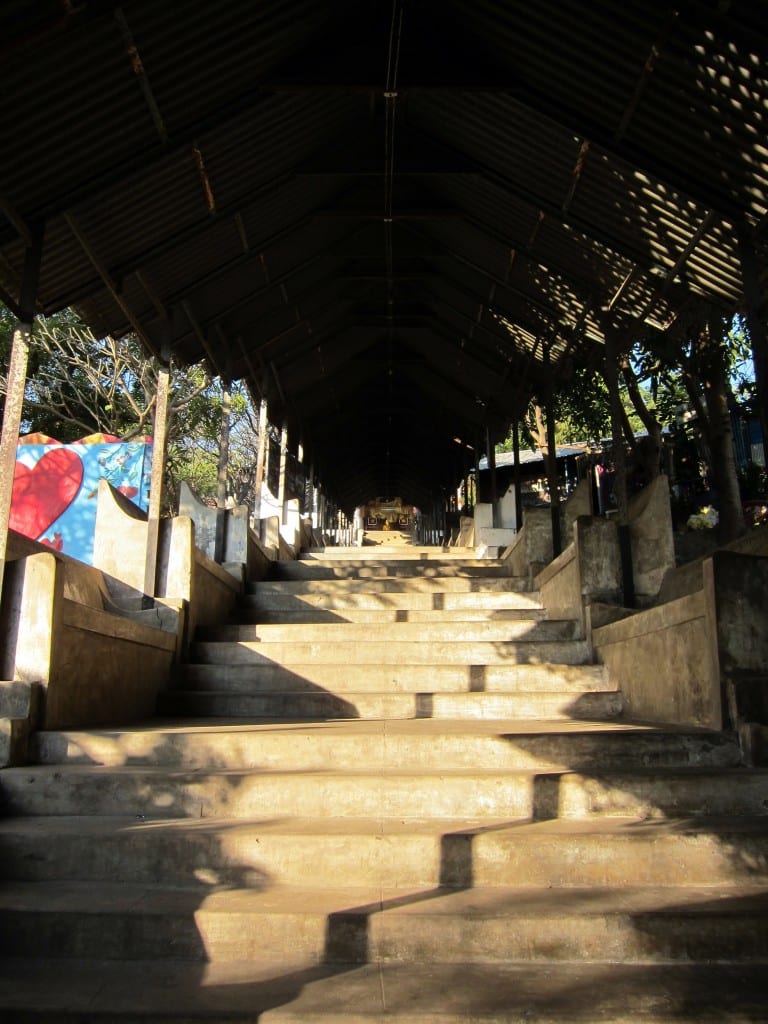 The stairway up to the top of Mandalay Hill.

One of the more beautiful statues of Buddha that I’ve seen. This is the Shweyattaw (Standing Buddha), but is also known as the prophesying Buddha since the statue depicts Gautama Buddha predicting the establishment of Mandalay, his right hand pointing toward Mandalay in the plains below. 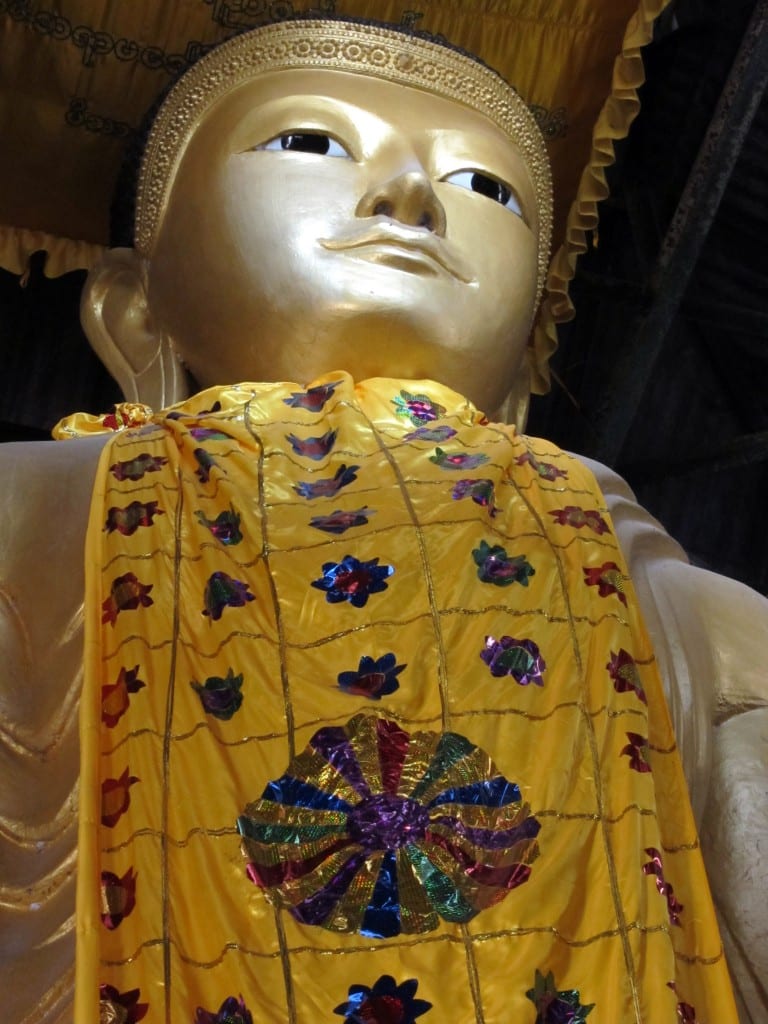 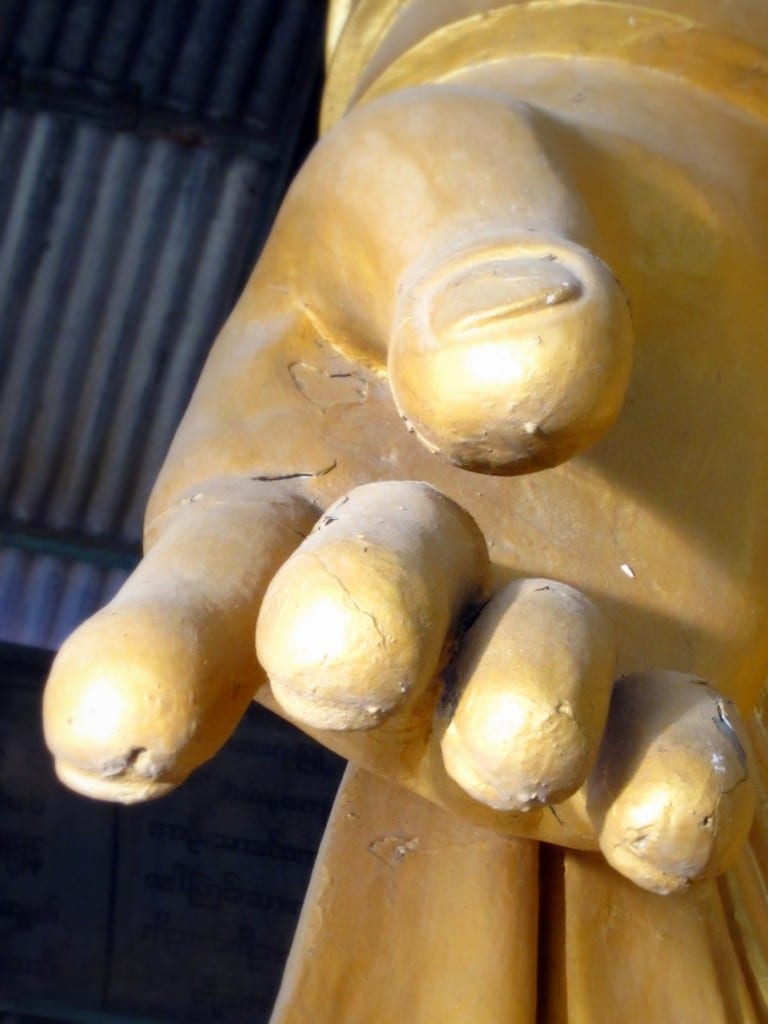 Hand of the standing Buddha, pointing toward the future city of Mandalay. 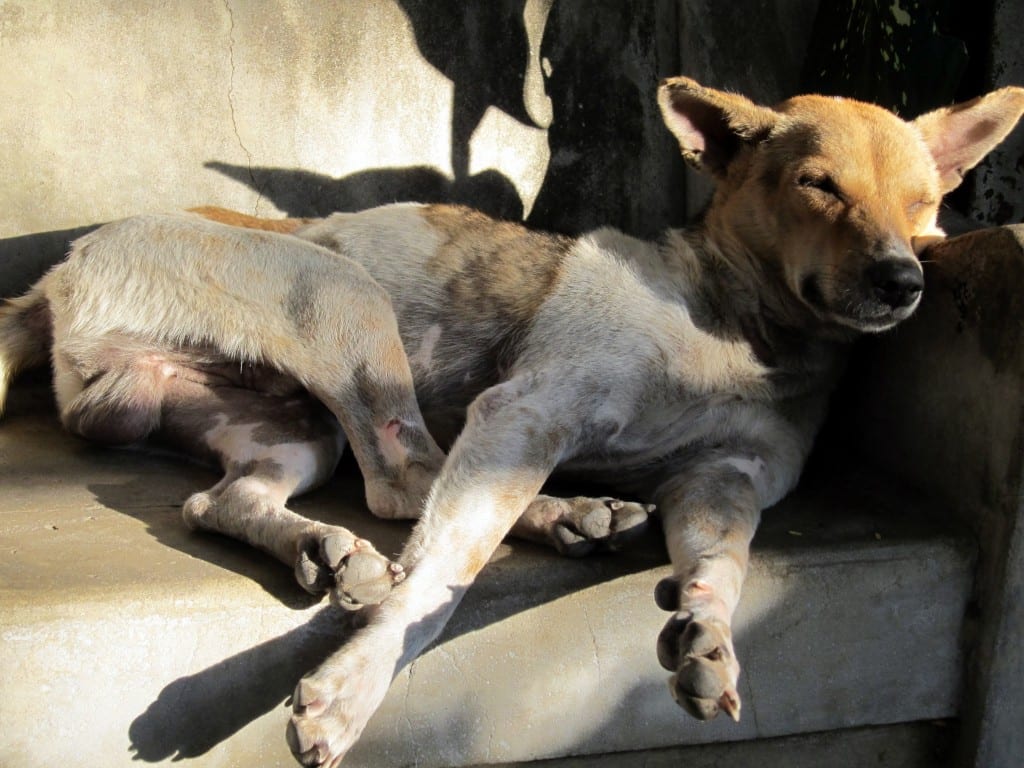 Inside the stupa housing the Standing Buddha, a man lights incense and says his prayers: 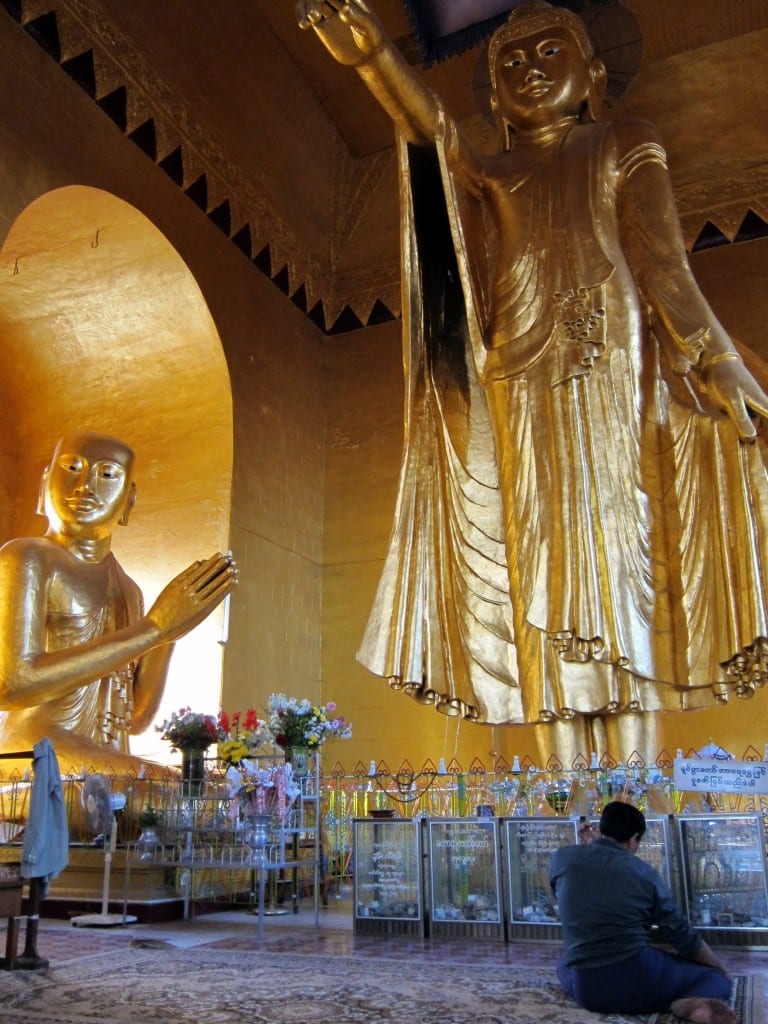 Making friends on Mandalay Hill was easy. I kept crossing paths with these ladies after they asked me to pose with them, and with each meeting they would dissolve into a fit of giggles: 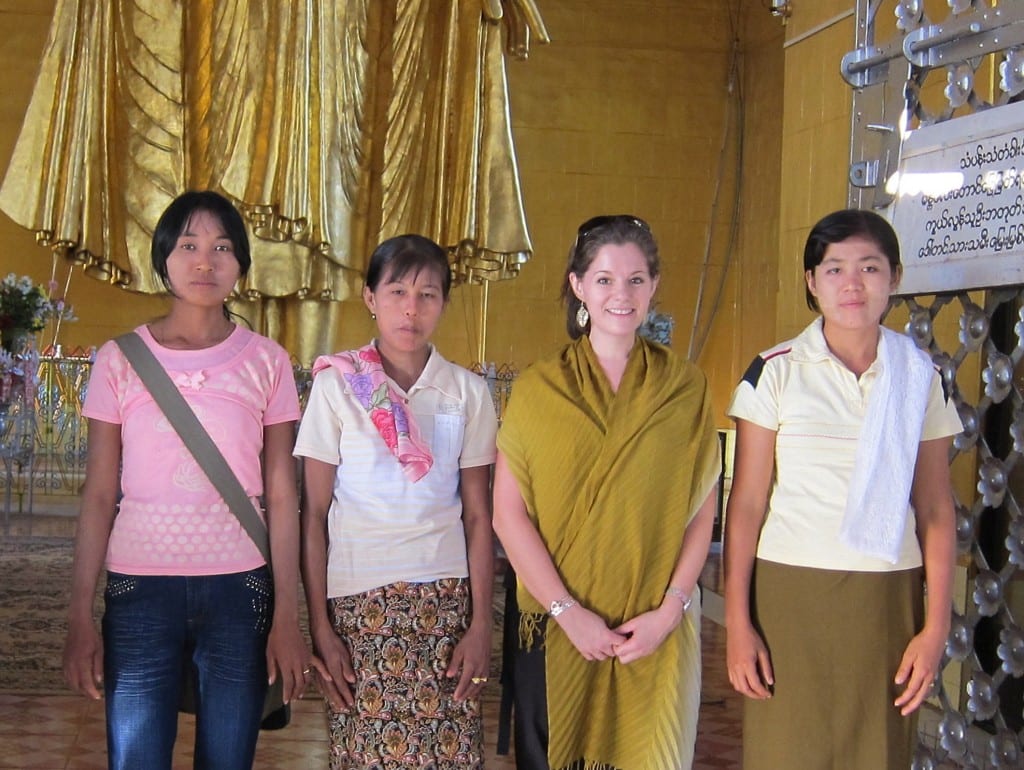 One of the stupas on the way up Mandalay Hill: 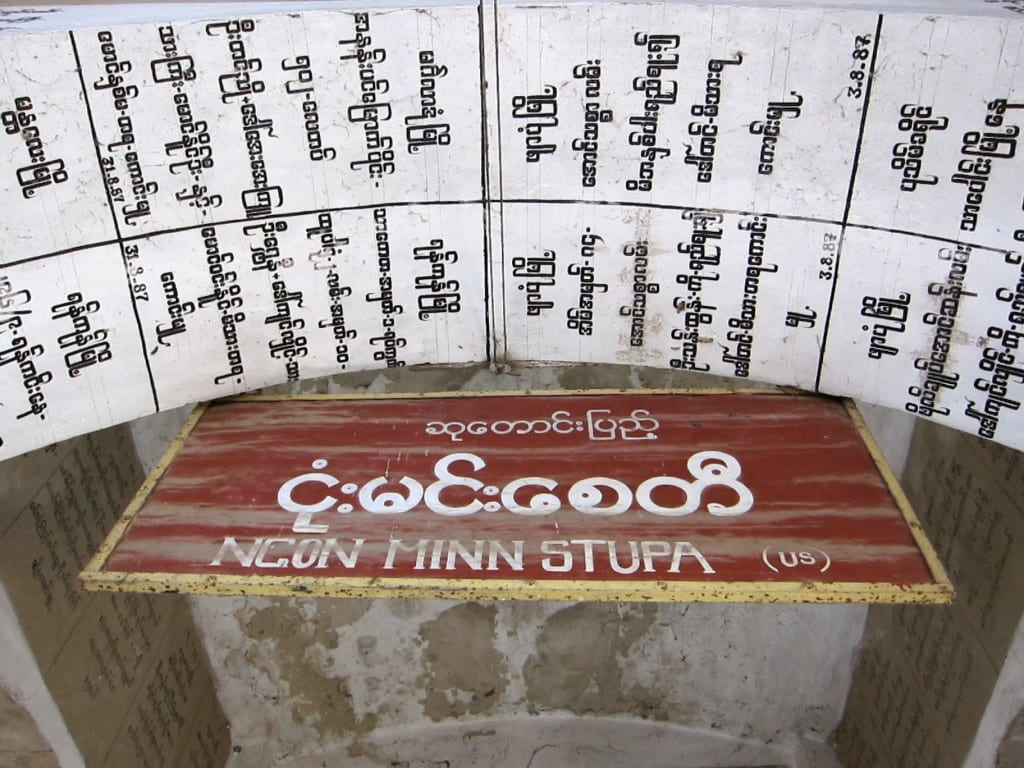 Animals in different forms adorned the stupas on the ascent, depicting Buddha in his various stages of reincarnation. This was him as a golden duck: 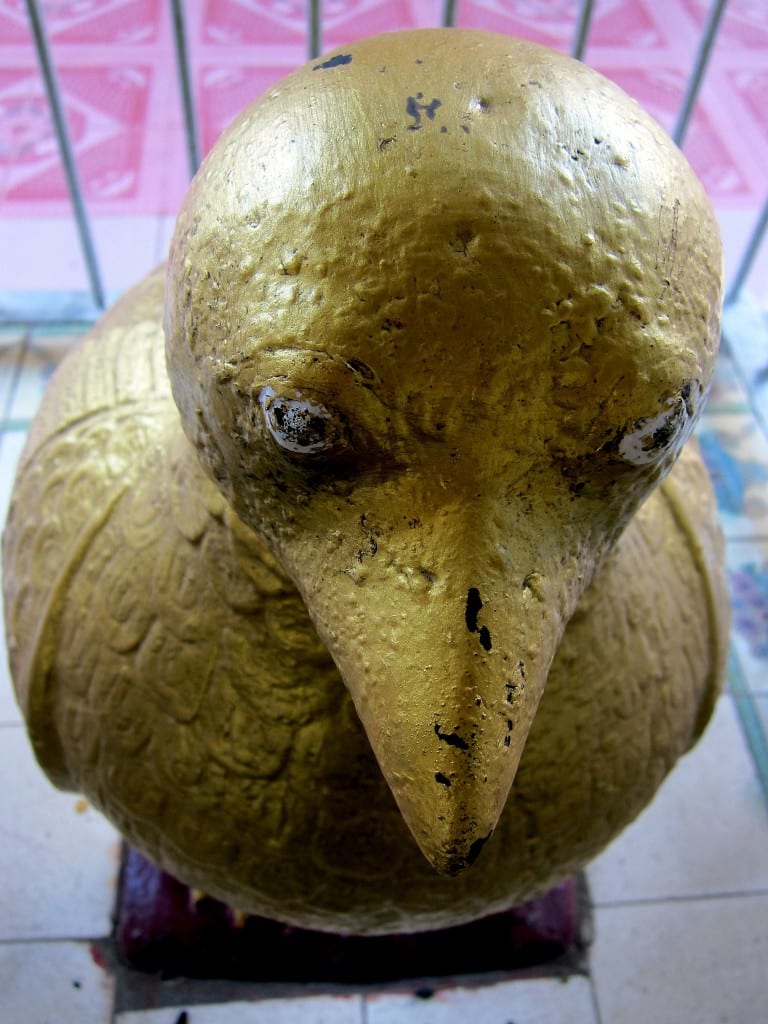 I liked the shadows in this hallway atop Mandalay Hill: 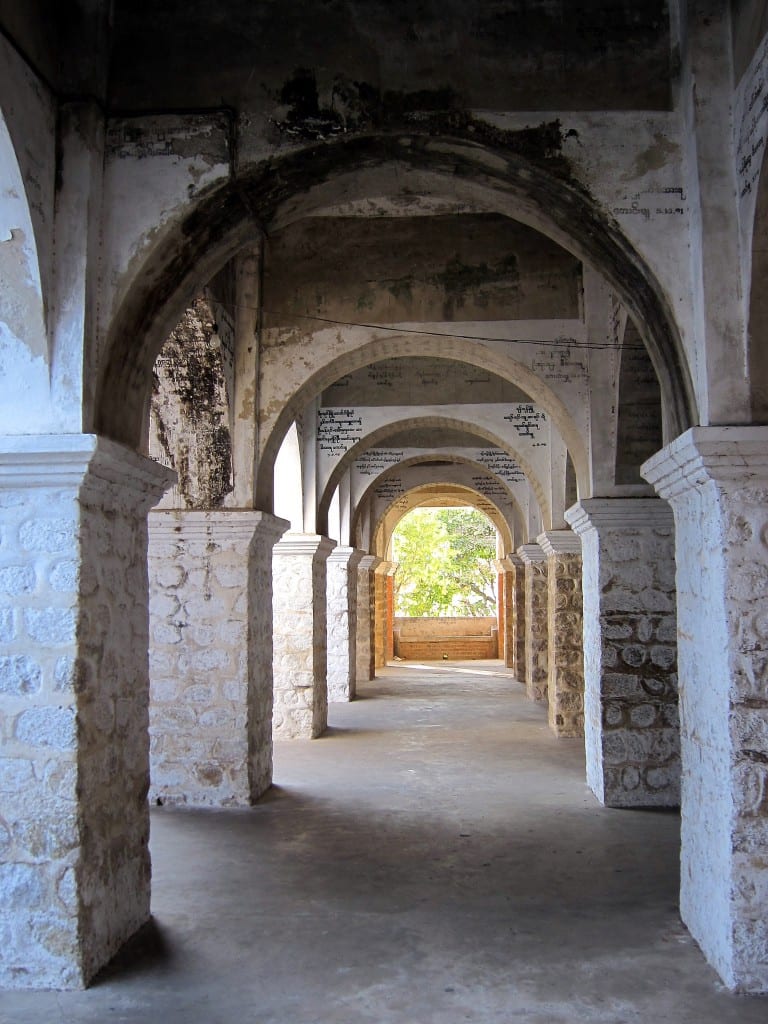 From the top, a zedi shadowed against gold: 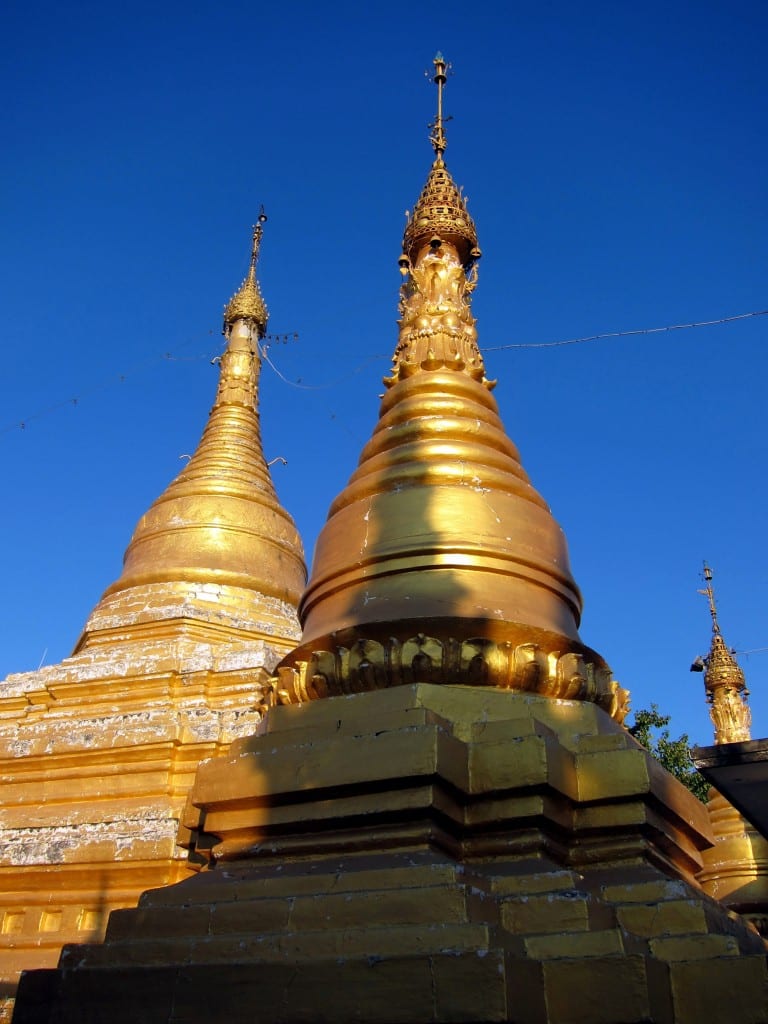 I was lucky to climb Mandalay Hill when I did. A man approached me midway up to discuss the history and offer his services as a guide. While I normally forgo the services of those who bother me along the way, there was something gentle about this man and I agreed to have him show me around Mandalay the next day. My day on his motorbike turned into an impromptu meal with his family followed by tea with his friends, and upon my return to Mandalay later on that month, I was able to reunite with them all. It made for a really special way to see the city and get to know its people a bit better.

I’m not going to put his name up here or post pictures for his own safety, but if anyone is looking for a reliable, wonderful guide please contact me and I’d be happy to put you in touch. I recommended him to several people and they were all pleased with him.

With my new guide in tow, I watched the afternoon light fall away, replaced by a beautiful sunset: 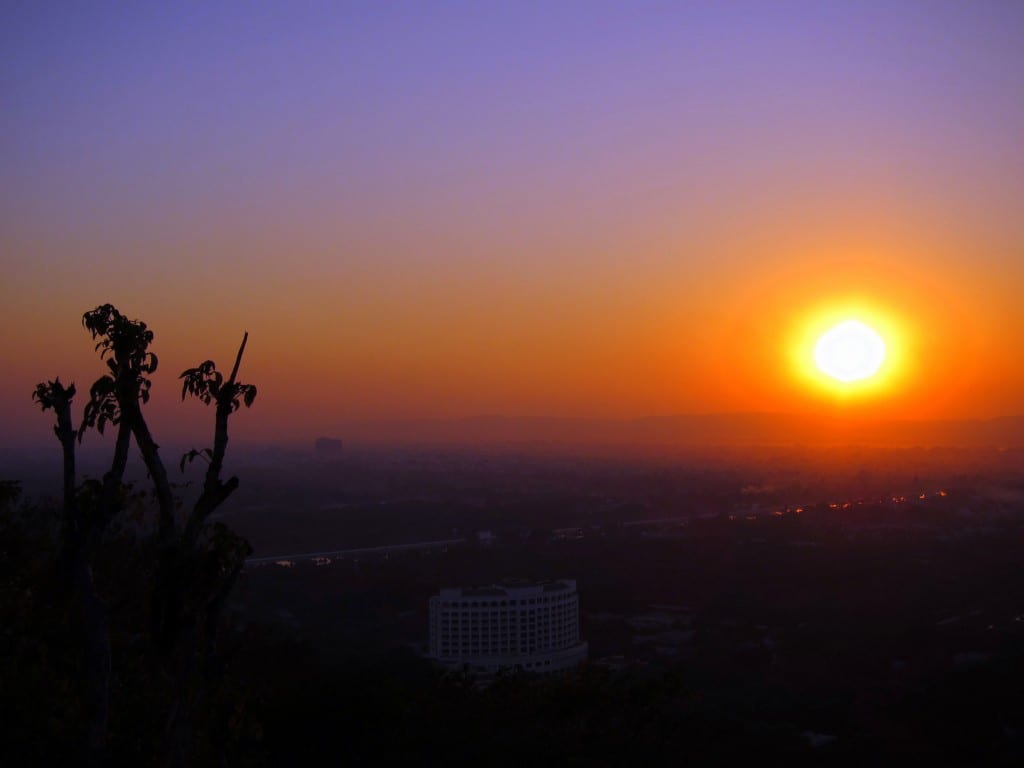 More to come from Mandalay later this week!
-Jodi