An Incredible Weekend at the World Domination Summit

In my recent update post, I talked about the conferences I had this summer and how nervous I was to make a foray into public speaking. Chris Guillebeau’s World Domination Summit just wrapped up and throughout the weekend I’ve had a running narrative in my head of ways to try and convey the specialness of the conference. The last few days have been a blur of jumbled thoughts and smiles, with all of the adrenaline from speaking still swirling under the surface. But the most memorable part of the weekend wasn’t the milestone of speaking in public for the first time, it was the energy wrought from a roomful of passionate, thirsty people on the cusp of change. 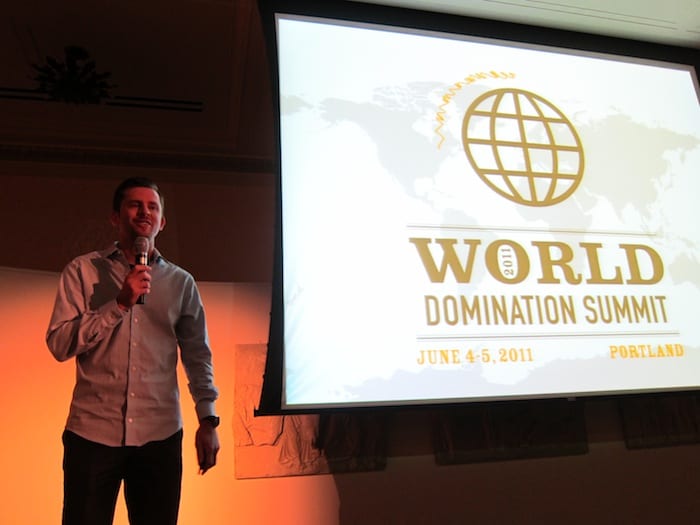 Chris Guillebeau giving opening remarks at his first ever WDS.

I finally had a chance to meet Kelly Newsome at WDS, and she said something that really resonated: that sometimes we meet people and it feels like we crossed paths in the middle of a conversation. If there is one way to summarize the weekend of new friendships and the rush of energy emanating from one small museum, that would be it.

Hundreds of attendees of varied ages, professions and backgrounds and it felt both comfortable and inspiring to spend time with each and every one of them. Of course, this is a testament to the kind of people-gathering Chris is capable of. The depth of his messages (inspire, not motivate, learn from everyone you meet) meant that despite the disparate otherness of each person in attendance, we were all linked by a common thread: we wanted to be ourselves, even if that meant being different from what was expected of us. I anticipated a lot more in your face-ness, more bravado -“Quit your job and be free!” or “Do awesome things just like me!” at WDS.

But that wasn’t the case. The weekend, the people and the overarching themes were inclusive, not exclusive. From the keynotes, “Be yourself, do what you are passionate about, effect positive change. Dare to dream.” And from the many workshops, a detailed and useful content map for doing so, whatever those dreams may be.

Oh, and also? There was Bollywood dancing. Of the interactive sort. 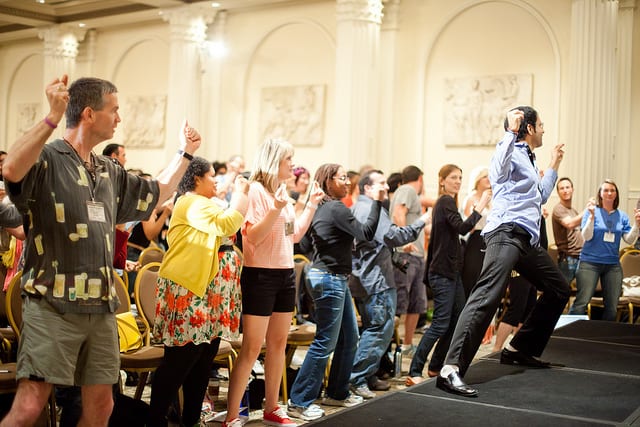 An unexpected (but terrific) beginning to the afternoon session on Saturday. 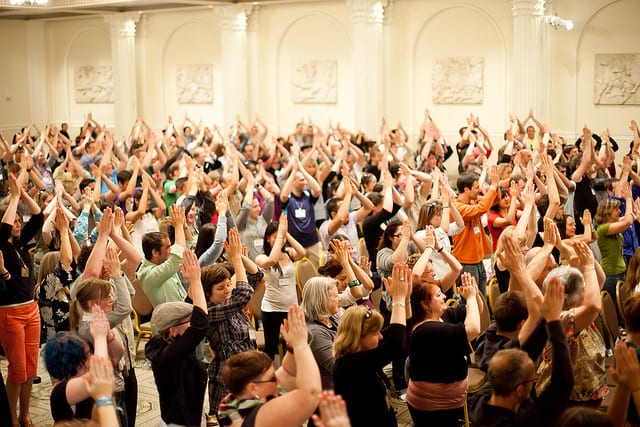 500 people doing Bollywood dancing at a conference? Why not!

As the room was practicing their shimmies and shakes from Bollywood, I backed away behind the main stage to look out at the audience. My speech was right after the dancing session and I was far too nervous to partake in the dancing. Instead, I looked out at this sea of joyous people completely, unabashedly enthused about their new dance moves and thought “this is the best audience I could have asked for first a first speech.” And it was true. The night before at the kickoff party, people asked if I was nervous (yes) and if had spoken before (n0) and seeing the trepidation on my face each offered up the most genuine hug imaginable. I really felt like people were rooting for me, and the incredible energy and generosity of spirit in each of the people I met made getting up there easier. 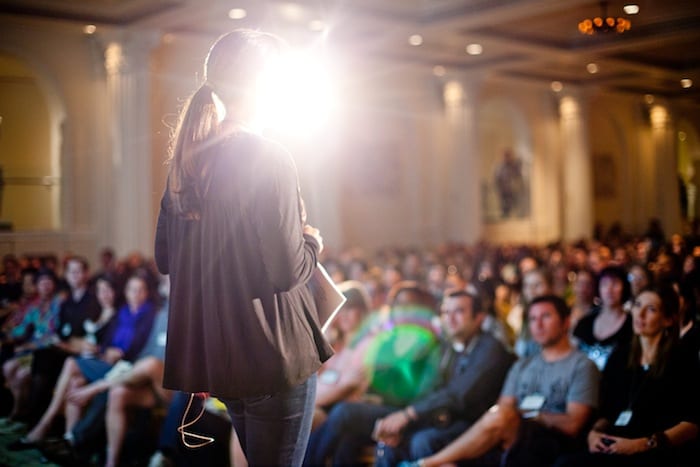 Me talking to WDS about following my passion for travel.

I should mention that I’ve never been terribly good with touchy-feely stuff. I did a yoga intensive for the first time in Thailand back in 2009, and ended up calling it a day when someone told me that coconuts fell from trees because of the Power of Attraction (I responded that I thought it had something to do with gravity but that didn’t go over very well). While I loved the feeling of stretching my muscles out to their breaking point and the focus yoga gave me, I’m too sceptical to deal with mindmelding coconut tricks. I say this because this post is all about touchy feely – but I mean every word.

In every way my expectations were exceeded. I was so thankful to have the opportunity to share my story with WDS attendees, but I didn’t expect to be so connected to everyone and so humbled by each and every story I heard. That’s not to say I was preemptively flippant about those in attendance, but rather that I focused on writing the speech and not freaking out that the intensity of the weekend took me by surprise. The smiling duo from Mondo Beyondo, Pamela Slim’s obvious inner strength, Leo Babauta‘s sincere and smile-filled keynote, Karen Walrond‘s incredible photos and stories – each of these speeches and more set in motion a great bevy of ideas and ‘what ifs’ and enthusiasm. And each of the subsequent conversations with attendees and speakers and workshop leaders just intensified the desire to really plan big, something I’ve been scared of doing because planning big also brings the potential to fail big.

This maelstrom of thoughts was, of course, the point of WDS. And it’s not just me who feels this way. Following the #WDS hashtag on Twitter will yield an outpouring of gratitude and greetings and planning. I’ve never attended a conference that generated such creativity and attentiveness and it blew me away. 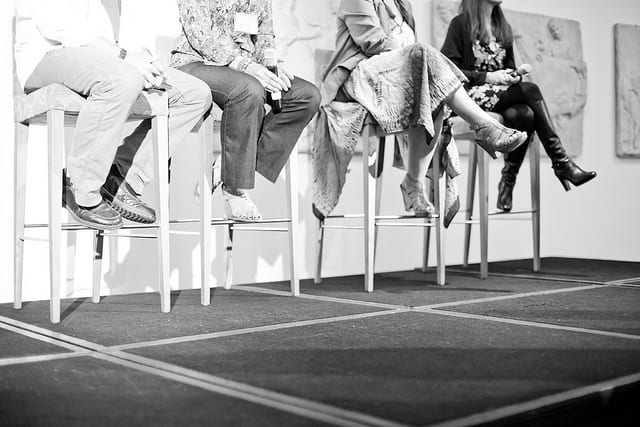 Jonathan Fields, Pamela Slim, Danielle Laporte and me at the closing Q&A.

Now that the weekend is over, what comes next? For starters, I’ve put together a packing, budgeting and tips for long-term travel page, chock full of resources for all of you interested in long-term travel but unsure of where to start. I was also wondering if any other WDS-ers would be interested in social media platform for WDS meetups and dreamups for the coming year? I think many of the attendees will be heading back in 2012, but it would be great fun to try and keep ourselves in touch and updated in the interim. What if Nicky and Chris made a version of WDS.fm that supports meetups or a messaging board? Could be fun!

And on my end, a lot of thinking. Big thinking. The kind of thinking that only comes after a whirlwind of a weekend filled with fascinating people who have a strong desire to live in technicolor.

Thanks to everyone who came up and gave me those hugs I so desperately needed before I spoke, and a huge thanks to Shannon, James, Paddy, Allen and Gary for all the feedback on my speech (and calming words).

(Photo credit for the above pictures (except the first, blurry one – that’s mine) go to the talented Wes and Tera from Armosa Studios who photographed WDS).