When La Matatena Pizzeria’s chef Mateo was growing up in Mexico City, his family would earmark one day a week for pizza. His mother, an Argentinean with Italian heritage, taught the whole family how to make their own pies. Taking a break from Mexican fare, they would put a show on the television and start rolling the dough, sharing a quiet evening together.

These days, Mateo spends most evenings at his pizzeria in Oaxaca with his wife Sarai. While they met both working at a museum, him as an architect and her as a designer and exhibit curator, he quietly aspired to be an entrepreneur.

“When I was hired at the museum, I told my boss that I would quit to travel,” Mateo told me with a smile. But he was patient about his business goals. During his years as an architect, Mateo kept an eye toward an eventual restaurant. He took time away from work to try his hand in New York, learning the trade at a tiny Brooklyn eatery. Always learning, filing information away, Mateo waited for the right point in his life to take the risk of starting his own place. As with anyone taking the leap into the unknown, what was familiar played into his timing. There was little entrepreneurship in his family, and he worried about abandoning his career and prior training. For over a decade, his dream percolated under the surface.

In 2016, Sarai and Mateo decided to inhale deeply and put their energy toward a new restaurant. His family kicked in to help fund the endeavour. They wanted to make Italian pizza and Argentine-style empanadas with Mexican flavours, a testament to the family background from all three countries. Lucky for me, they chose Oaxaca as the spot to open La Matatena.

La Matatena is the Spanish word for the game of Jacks, echoing Mateo’s nostalgia for the pizza of his youth. The restaurant is in a gorgeous old mansion with detailed blue and grey tiles and an intricate wooden wall frame that gives the place an intimate feel.  With a second seating area in a loft area above the bar, the space never feels crowded even when it’s full.

Before I was diagnosed as celiac, I lived for thin-crust pizza. No other crusts would do. While I know that there are plenty of people passionate for a deep dish pie, I wanted my pizza crispy, crunchy, and with leftovers for breakfast the next day. La Matatena’s pizzas, available in 25cm or 30cm sizes, are exactly what I loved to eat. They’re also served with wonderful Oaxacan ingredients that you can find in the traditional cuisine around town. Chapulines (grasshoppers), chorizo (spicy sausage), jamaica (hibiscus flower) and more, paired with herbs and vegetables and cooked to order.

How do I know that this is the tastiest pizza in town? For starters, non-celiac friends have hopped about trying them all, and agree with the label. But for my own taste buds, La Matatena offers a gluten free crust. Various of Mateo and Sarai’s family members deal with celiac disease or choose to avoid dairy and meat. When Mateo opened his pizzeria, he not only wanted to build a spot with authentic thin-crust pizza, but also a restaurant where his whole family could eat. His dad is the one who is unable to enjoy a regular wheat pizza, and Mateo certainly wanted him to enjoy the fruits of the new restaurant’s labor. My best friend is Italian, and her father told me my diagnosis of celiac was “a fate worse than death” – no more hand pulled pasta or pizza!? He was appalled. I can only imagine how Mateo’s dad was devastated to learn he couldn’t eat pizza any longer.

Personally, though not Italian, I am beyond excited to have thin, crispy, crunchy gluten free pizza in Oaxaca. THAT I CAN EAT FOR BREAKFAST THE NEXT DAY.

With a serious amount of corn in the Oaxacan diet, Mateo wanted to create a crust that celiacs and his dad could eat but without maíz. When I sat down to interview him for this piece, he shook his head thinking back to the initial failed crust attempts. “It was awful,” he said, laughing ruefully. “But finally we found a recipe that worked.”

His present dough is made from quinoa and rice flour, among other ingredients. And he succeeded in creating a corn-free crust.

For those as sensitive as me, you should know that he cooks the gluten free crust on parchment paper, so there is no risk for cross contamination. He also builds these crusts ahead of time, as you can see in the photo below, thereby ensuring that wheat flour does not get into the process.

I have found that many restaurants don’t understand the difference between people who say they’re gluten intolerant versus diagnosed celiacs, likely because many are electing to avoid gluten as a lifestyle choice. As Joe Beef chef Fred Morin recently said in an interview, “The thing is, I can’t eat it. It’s not a fashion choice; it’s not a lifestyle choice. It’s not because I want to be smooth-skinned or anything. For me this is binary: it’s zero or one, not zero point five. Either you’re celiac or you’re not celiac. And I am celiac.”

While I realize I am imposing my needs on a restaurant, I also have to make very sure that I am not going to get sick. I really appreciated that Mateo not only cooked his pies on separate paper, but understood why that was necessary for people with the disease.

Though Mateo’s mother’s family came from Italy via Argentina, his father’s family came directly from Italy to Mexico in 1908. I’ve received a few reader questions about why there are so many Italian restaurants in Mexico. There are quite a few Italians who immigrated directly to Mexico, Mateo’s family among them. About 13,000 made their way to the country during the 1900s.

Per MexConnect’s Karen Hursh Graber, they came from agricultural areas in Italy, and relocated to similarly land-based areas in Mexico. During the Porfiriato (1877 to 1911), President Porfirio Díaz recruited immigrants who could introduce new techniques of agriculture to Mexico. They brought with them their home-style cooking and dishes from their countries, including Italy. Karen writes the following, about the Italians of Chipilo, in Puebla:

The diet of the northern Italian region, based on corn, rice, beans and vegetables, was very similar to that of Mexico, although there was a difference in the ways these ingredients were prepared. Corn was made into the porridge-like polenta rather than into masa for tortillas and other corn dough-based foods. Rice was prepared as risotto, with a creamier consistency than traditional Mexican style rice. Beans were combined with other foods, such as vegetables to make minestras, or soups, and pasta to make pasta e fagioli. And vegetables played an important role in all of it, especially the hearty winter varieties like cabbage and radicchio. Cippolini, or onions, were used to flavor a great many of these dishes.

And of course, dairy and cheese, including the fresh, pressed cheese sold in Chipilo, recognized as a patrimonial product.

For Mateo, the pizzeria represents family and togetherness. He grabs his veggies from the market, his mozzarella from just outside of town, and makes his dough himself from scratch. He offers local mezcals and red wine, as well as aguas (water with chia seed and lemon, or other fruit flavours). For those with a sweet tooth, they also have great desserts. Chocolate mousse with fruit and nut ‘crust’ for the celiacs and vegans, and what my friends claim is a “to die for” red velvet flan cake for those who are neither.

I’ve been to La Matatena more times than I can count since I returned to Oaxaca in October. Mateo and Sarai have become friends. Oliver, a gentle giant and their full-time waiter, spent years in Chicago and adds to the family feel of the pizzeria.

This profile is the first of several from Oaxaca. I want to share with you some of the spots I love to eat, and the stories of the people behind the dishes that make me smile. I am writing a longer guide to Oaxaca as well, but it’s not complete. 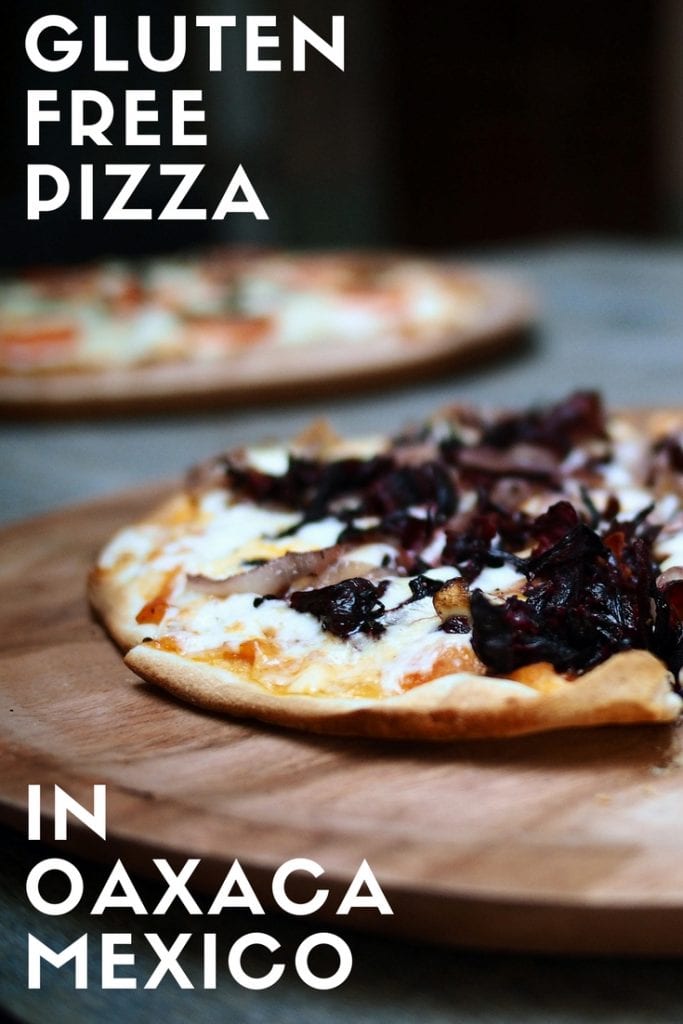