Short interlude from my Laos posts. I’ve always advocated learning as much of the local language as possible, and at a minimum words beyond the usual “hello” and “thank you” and “where’s the bathroom”. Even if it’s how to say “no problem”, it tends to go a long way in a strange and chaotic new place. But part to what makes learning Thai so story-worthy is how inherently difficult it is to learn the language’s many tones.

I grew up learning French, and I taught myself Spanish as I travelled. In the case of Spanish I made many mistakes, most of them extremely embarrassing. There are some similarities between French and Spanish of course, since they are both Latin languages. But the differences were, uh, noticeable. For example, I learned that in Spanish embarazada is not actually embarrassed, but the word for pregnant. I figured this out when I made a different language mistake and then said I was embarrassed about it. Except I didn’t say that — I said I was pregnant. Talk about compounding errors.

With respect to Thai, unlike the simple melodiousness of Latin languages, there are 5 different tones, and to a Western ear they are subtle enough that parsing through the auditory fog to truly grasp how they are meant to sound is difficult. For example, “mai” can mean 5 different words, depending on emphasis.

I recently learned how awkward these tones can be when I was informed that my polite attempts to say “excuse me / I’m sorry” while walking or apologize if I knocked into them was a huge fail. Instead of saying sorry, I was, in fact, asking permission to fart.

Yes for the last few weeks I making the Thai language mistake of asking people “May I please fart?” instead of simply saying excuse me.

I think I need to bring back ‘confused girl from Laos, because her face expresses how I felt when I was informed of my mistake: 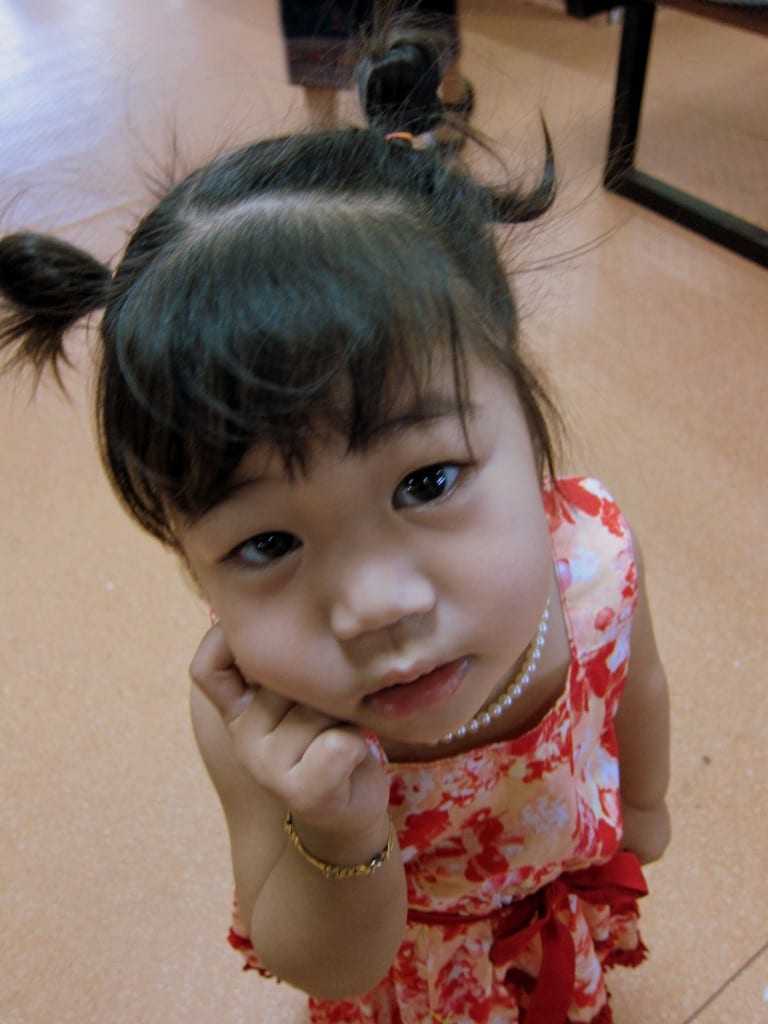 Thanks to Kaewmala from Thai Talk, I can see exactly how I made this mistake:

Oh, now I get it! (Not so much). On the plus side, at least everyone moved out of the way even with my mistake? Back to the learning board, I go!