After a fall in Morocco and Turkey, I’ve made my way to England. My brother just moved here with his girlfriend for the next few years; he’s been transferred with work, and she’s pursuing a masters at the University of Birmingham. Though I often do complain about the cold (they can attest to this), I could think of no better way to spend the holidays since he wasn’t returning home.  It’s the first year we’re both away from Canada and our parents (both sets of them) are having some empty nest issues with the quiet holiday season, but are somewhat mollified that we are, at least, spending them together in the UK.

My weeks in the United Kingdom have been a change from the long days of walking in Turkey and eating through Morocco. It has been lovely to see the life that my brother is building here, and get to meet his friends. Many of my own have moved across the pond as well, and I’ve loved afternoons of catching up in person (for a change!), with an espresso and many memories. My time here thus far has included side trips to London, a New Year’s eve planned for Edinburgh (which looks to be totally insane) and a slower pace from the frenzy of early fall.

Christmas in the Cotswolds with Family 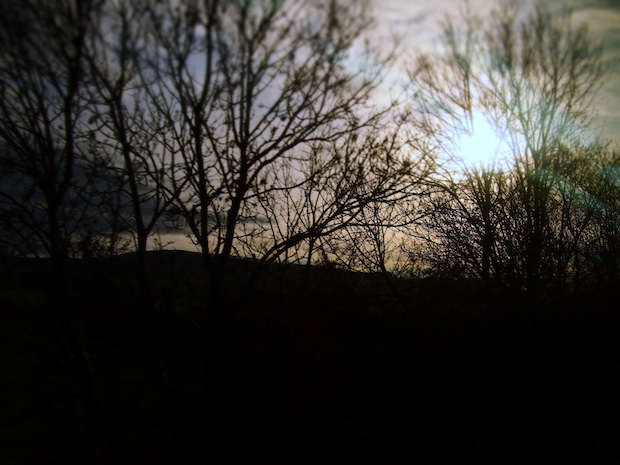 English countryside on the train to London

My brother and his lovely girlfriend Sarah, striking a Serious Pose. 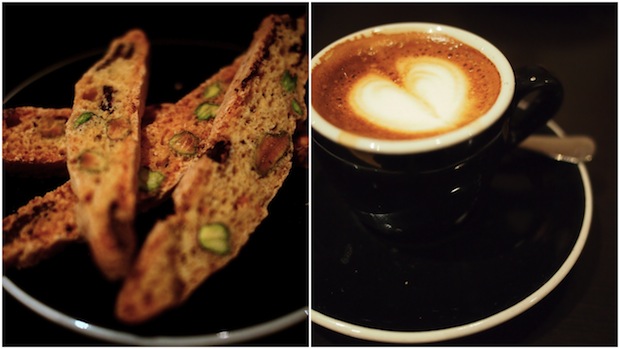 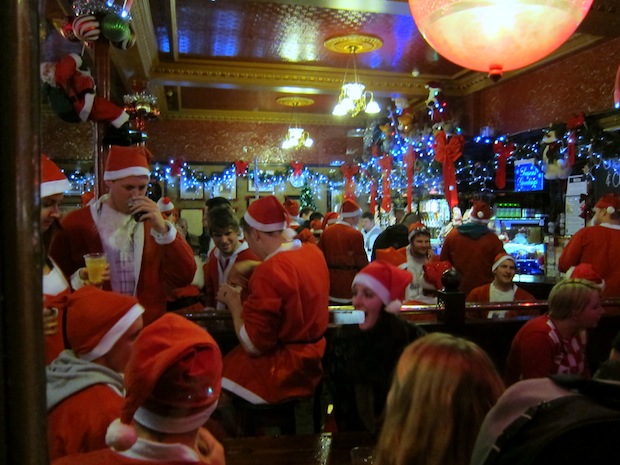 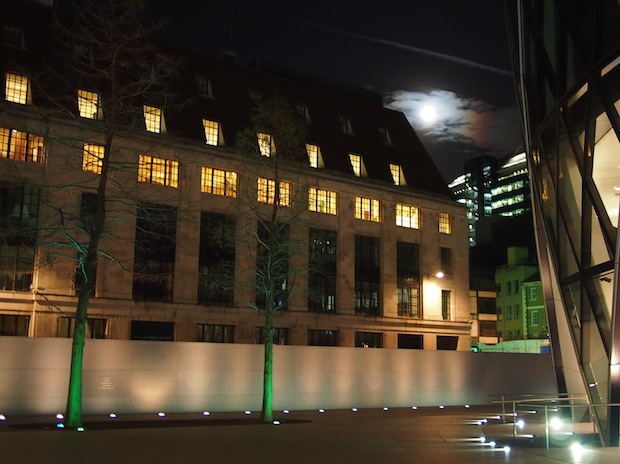 Lunar eclipse rising over London, next to the Gherkin 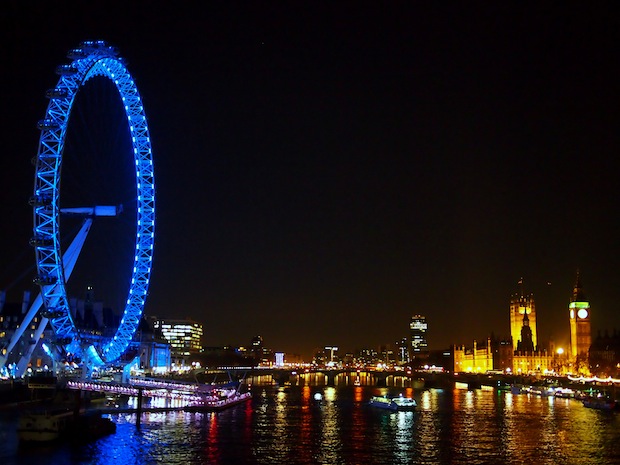 London Eye from the water’s edge.

Holiday season in Ettenbergia is full of music and decorations and tradition, but we’re not the most … craftily-inclined family. We don’t bake very much, we don’t create elaborate snowflakes out of old posters, and we’re certainly unable to sew stockings out of material from an old bridesmaid’s dress. However, my brother’s girlfriend Sarah has done all those things and more, making the flat in England a fun and festive place for all of us.

My brother decided to have an orphan’s Christmas, enlisting Micah (a friend of his from home now living in Cambridge) and his new friends Tanya and Jarvis (from Newfoundland, also living nearby) to join. Sarah invited her cousins from Newfoundland who have also relocated to London and we all contributed to what was one of the more impromptu but hilarious holiday seasons I’ve had.

Cookies were baked (gingerbread ninjas and penguins, and shortbread stars, mushrooms and hearts): 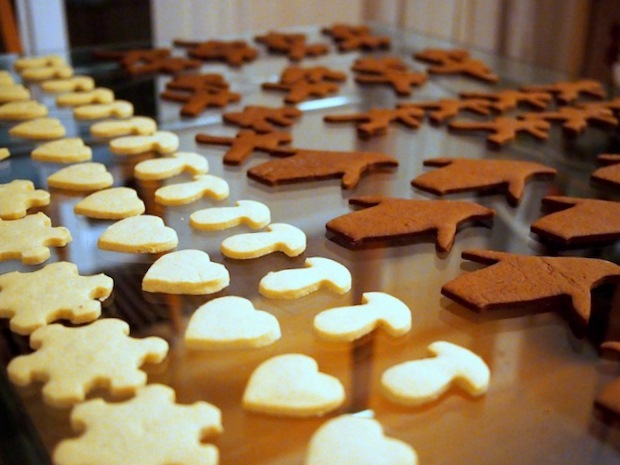 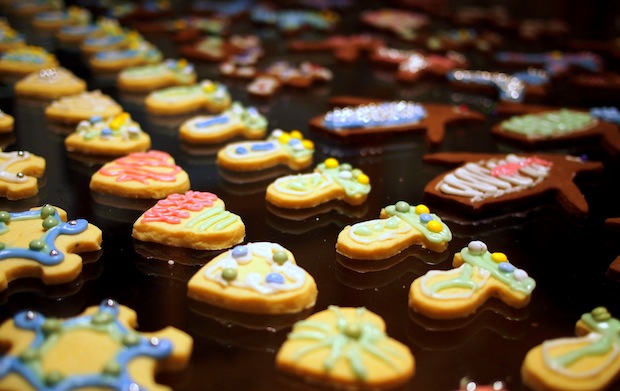 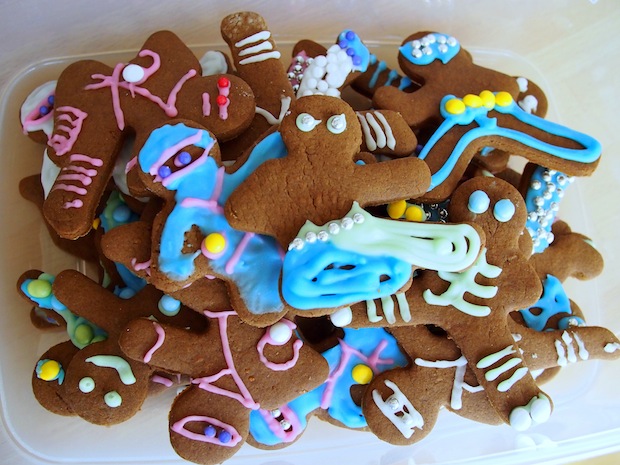 And eaten in a variety of creative ways: 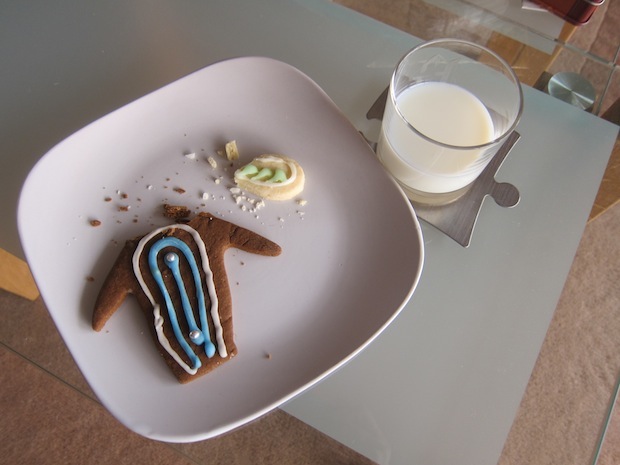 Penguin shortbread missing a little something…

A 14-pound turkey, promptly named Hester, was stuffed, baked and carved at dinner. (Yes, those are wreath earrings that also happen to flash when turned on. Subtlety is clearly my aim during the holiday season.) 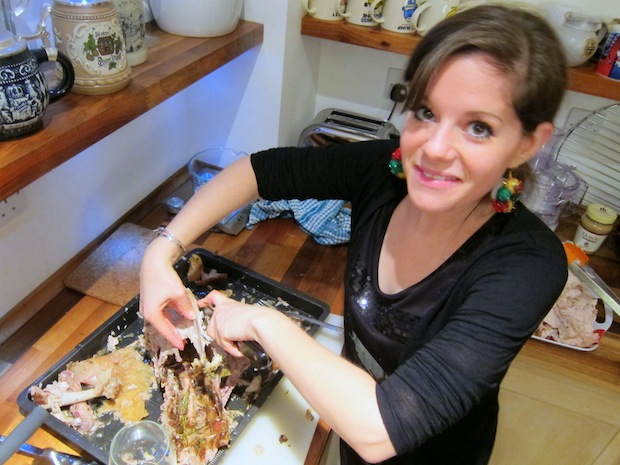 Carving Hester the Turkey for our Christmas dinner

Side dishes were made with style: honey and mustard braised ham, roasted brussels sprouts, sweet potatoes and more. 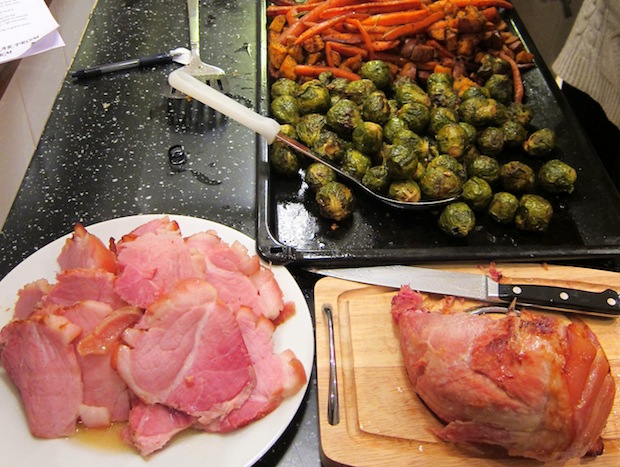 And no holiday is complete without special ear-warmers, knitted for the festive season.What, you don’t do this in your homes? (Ok, knitted caps were for Ferrero Rocher chocolates but my ears were cold and it caught on. People at the pub on Bourton-on-the-Water were less enthused.) 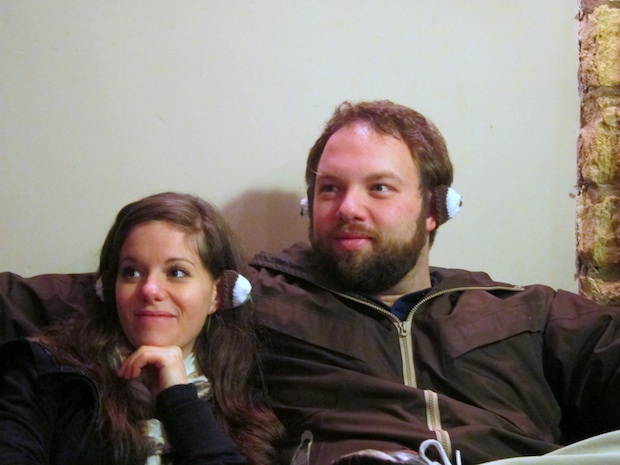 Holiday season in the Cotswolds involves a lot of fun restaurant choices like this old church, converted into a restaurant: 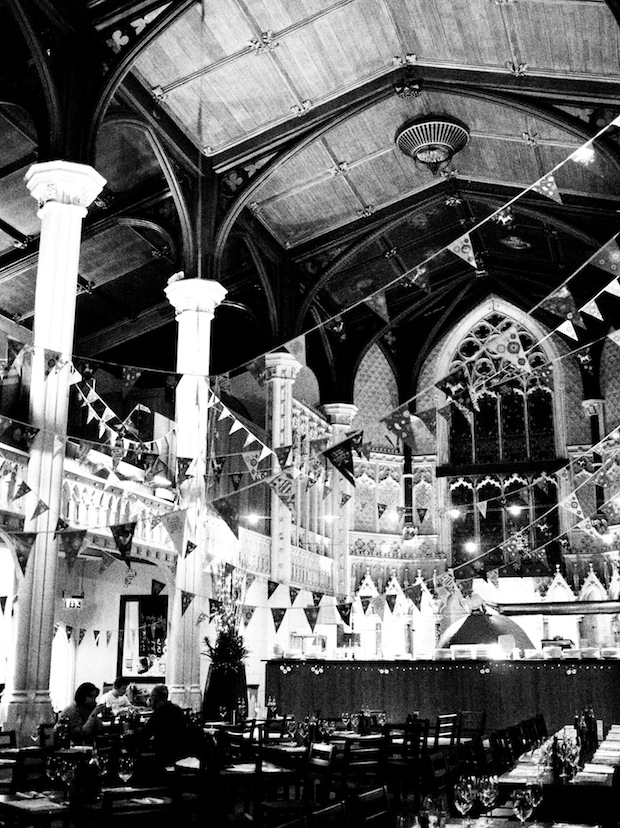 Some beautiful sunsets (sadly at 4pm, but that’s what you get for spending the winter solstice in England!) 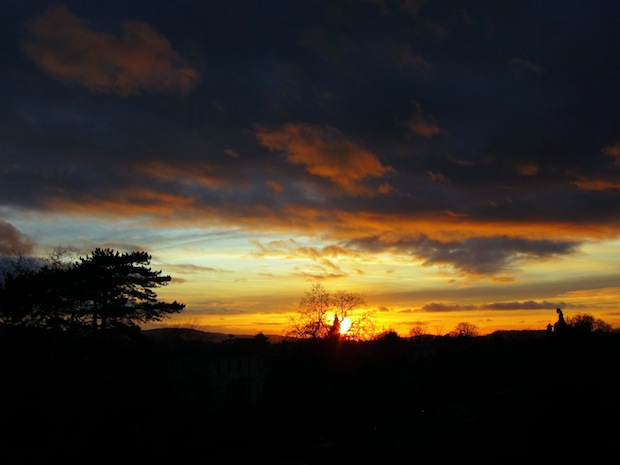 Sunset in the Cotswolds

And a lot of napping. 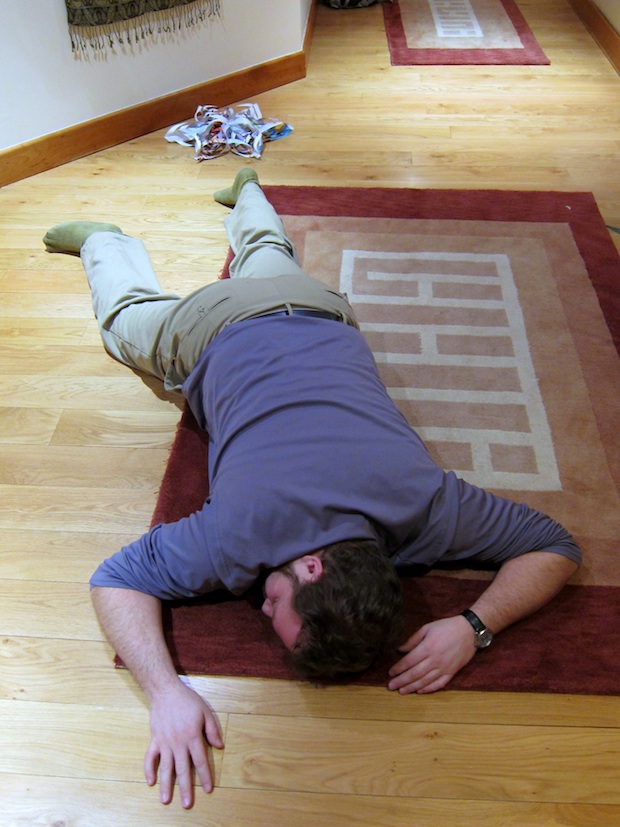 Cale napping (with bonus fancy snowflake in the background)

Overall a wonderful week with family and newfound friends, though without my parents and the snow it just wasn’t as perfect as it could have been. I hope everyone had a terrific weekend themselves, and as we say in my family…. Happy Christmakwanzmakkah! 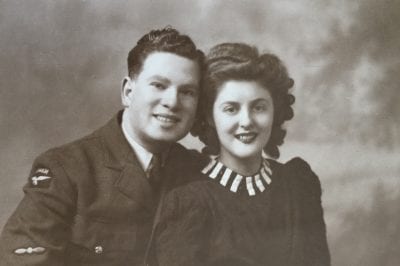 A Eulogy for my Grandfather