I’ve only just arrived in Morocco and internet here is fairly spotty, with upload speeds slow enough that I’ve been unable to update the blog thus far. For a first post, I wanted to highlight some photos from what has struck me since I set foot into this colourful, mystical country – the details. From the ornate carvings on the walls of mosques and madrassas to the bags upon bags of spices and grains, each piled almost casually atop the other but forming a beautiful symmetry as a whole, to the doorknobs and brass statues I’ve seen thus far.

There are plenty of traditionally compelling photos from this country, and I’m sure I’ll post more of those later. But for the moment what stands out above all else is the craftsmanship and detailing in the myriad of parts that make up the whole, even those details that we see in nature as we wind our way through the country. And I really like the fact that is the aggregate of all those small, special things thatmade the biggest first impression overall. Given that they all stood out in my mind, I wanted to share them here with you. 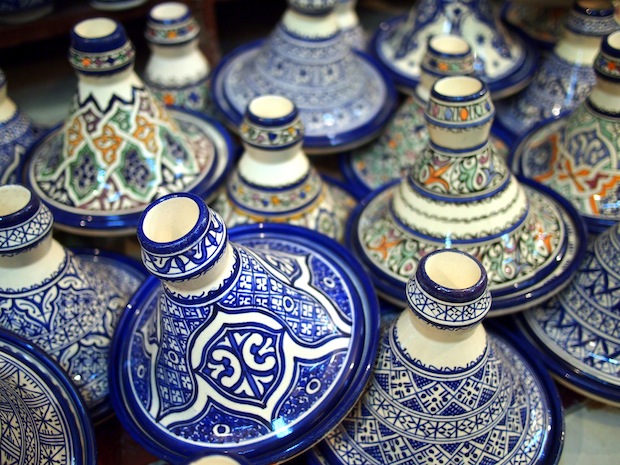 Ceramic taginieres at the pottery village in Fez 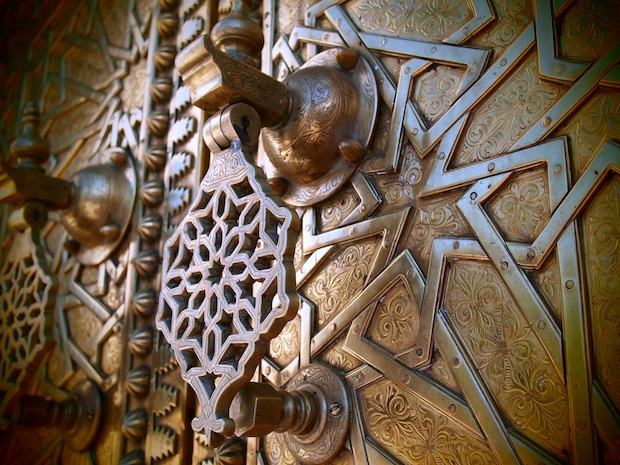 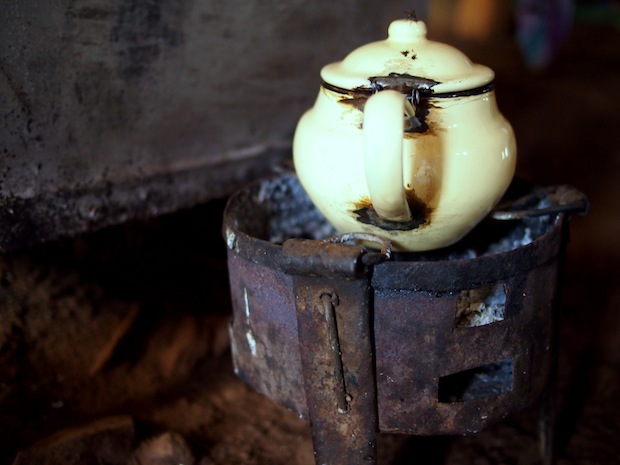 Kettle at a Berber kitchen tent on the drive to Merzouga 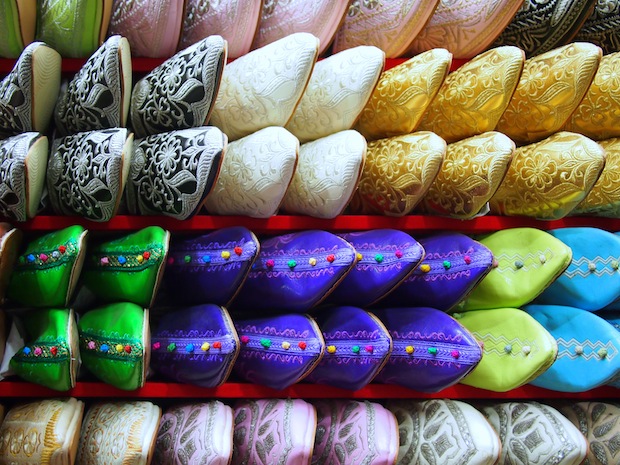 Colourful, hand-stitched leather shoes for sale in the Fez Medina at their oldest tannery 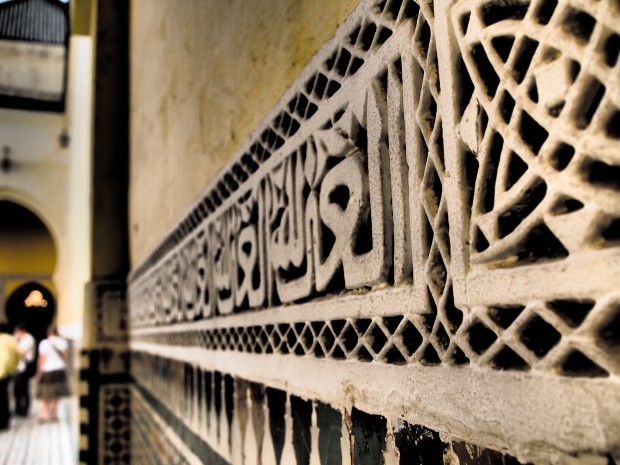 Writing on the wall at a mosque in Meknes 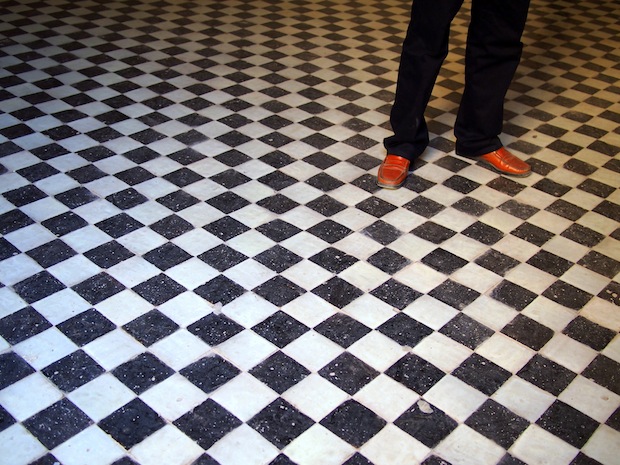 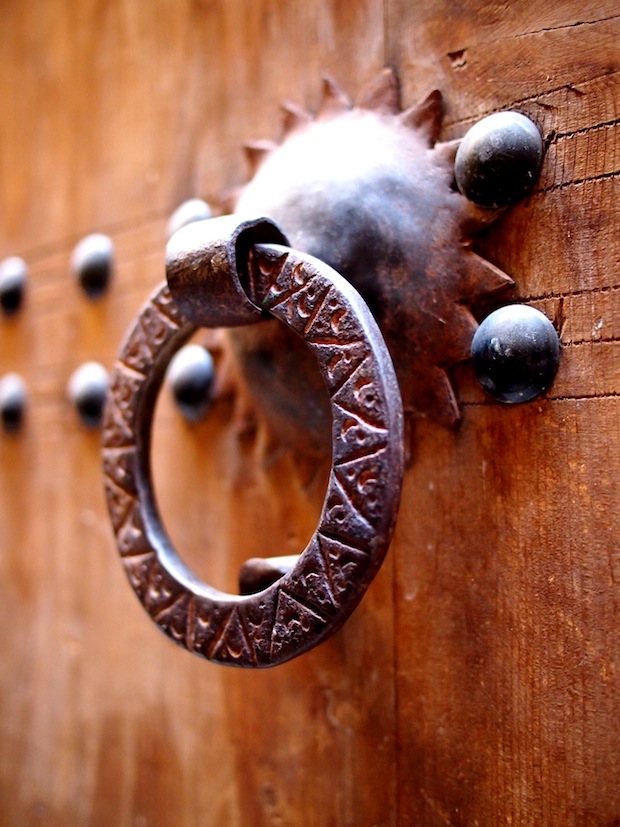 Beautiful doorknob in the winding alleyways of Fez’ Medina 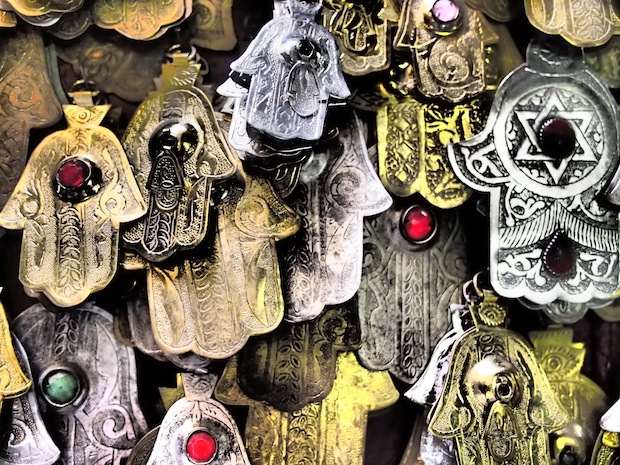 Silver and brass lockets for sale at the Medina in Meknes 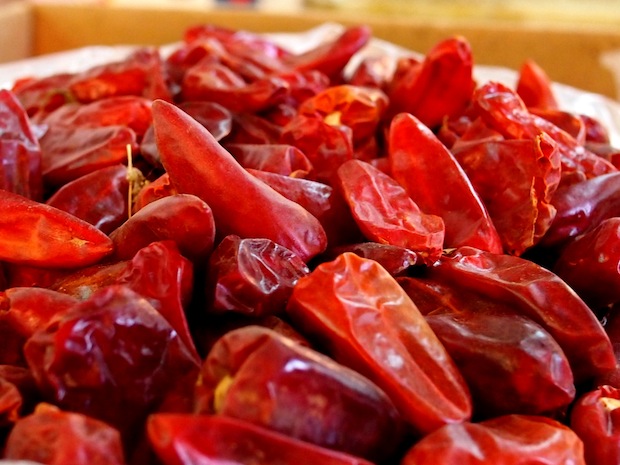 Dried chilli in the spice markets of Meknes 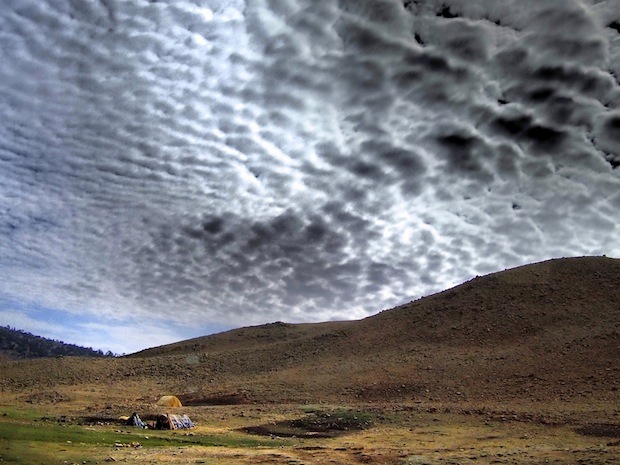 Cottonball clouds on the long drive from Fez to the Sahara. 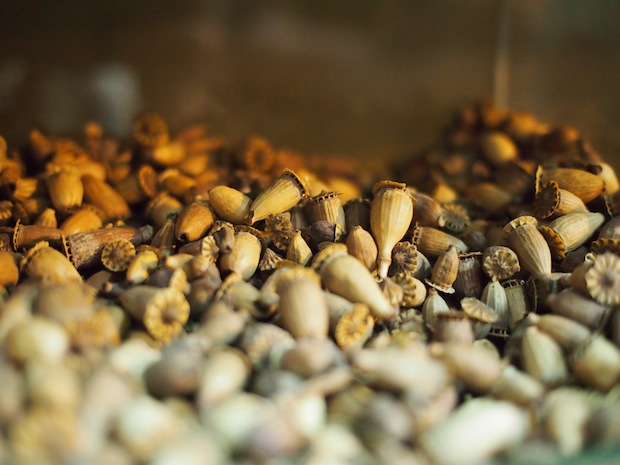 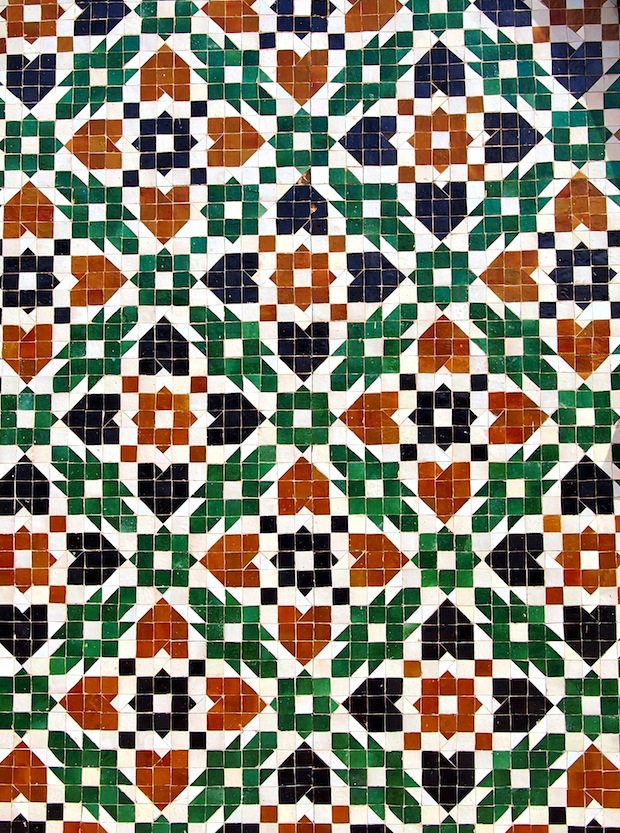 Tiled walls at the Mausoleum of Moulay Ismail in Meknes

A note about these photos: they are taken with my new camera, the first one I’ve bought in years. It’s an Olympus E-P3, with a pancake (aspheric) f/1.7 20mm lens. I’m still really getting used to it – I find myself focusing on the wrong things or getting far too close to the subject as I’m used to my little S90 point and shoot. But it’s been great fun to learn how the camera works and what it’s capable of. I’m very happy I chose to get a Micro 4/3ds and not a DSLR; it’s great not to have a big camera to lug through the medinas.

I’ll also be posting about my ridiculous long-haul flight to Casablanca and plenty of photos from the foods I’ve eaten on the trip. As the internet is quite unreliable, I’ll be adding pictures one by one (and more frequently) on the Legal Nomads fan page. 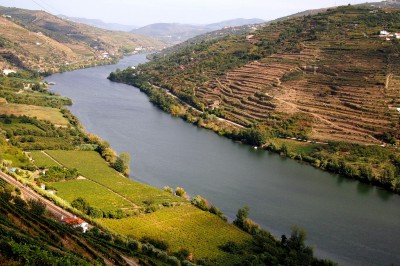 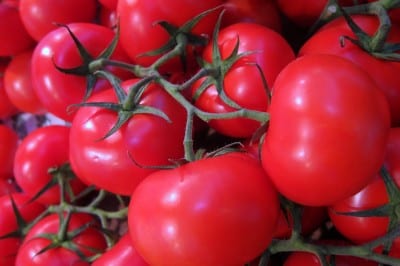 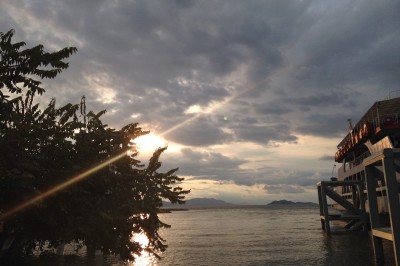