Looking back at the spiral of exploration I’ve documented on this site, I notice that my initial feelings about many places include the phrase “a shock to the system.” Regardless of how long I travel, I find myself caught off guard when I switch countries, tangled up in those immediate, unavoidable few hours or days of precarious recalibration when old is new and new is scary. It shows how wide this world truly is and how adaptable we humans are, righting ourselves on the tightrope when it feels like we’re about to fall.

So it was with Istanbul. Coming off a month of wide-eyed wandering in Morocco I found myself recoiling at the brashness and shiny edges of Turkey’s largest city.

Though Istanbul straddles Europe and Asia, my initial assessment observed a very European people. Women with their leather knee-high boots and fully made-up faces and upturned chins. The men, gruffly clad in black leather and walking a swagger I hadn’t seen in Morocco. And they were drinking beer. I felt more than ridiculous thinking these thoughts – surely a month in Morocco wasn’t enough to completely find the familiar unfamiliar? But apparently it was, a testament to the intensity of my time there.

Istanbul Photos, Taken Through a Pinhole

As with any new place, it became comfortable within a few days. The leather and swagger and makeup and beer all seemed commonplace by the end of the week, and I wandered the streets in search of delicious eats with newfound gusto. But more than that, Istanbul became a place I started to miss before I already left. I was captivated by the cross-section of history and geography, finding myself entranced by everything from the simple patterns in the cobblestones to the spiderweb of fishing twine tumbling down from the Galata Bridge. I wandered the city for hours and hours each day, peeling away more of its layers.

Beneath Istanbul’s shiny surface was a confluence of ethnic neighbourhoods and food groups, of old creaky mosques and bustling back alley markets. I decided to start photographing the city through a pinhole, focusing in on the exact points of my wonder. The details are often what I find most compelling and it felt satisfying to use a new technique to portray them in a different way.

I’ll be posting more about city and its many cats, but as my introduction to the city, I wanted to share my pinhole Istanbul photos. Curled edges of darkness and a blot of colour in the middle, Istanbul forcing its way to the forefront of my consciousness, even from afar.

Ayasofia, in all its pink glory

Glowing lights inside the main dome

Classic view of the main dome inside Ayasofiaa

View from the bottom level of the Galata Bridge

Inside my favourite Mosque in town, Rustem Pasha, near the Spice Bazaar

Suleymaniye mosque, from the ground level

Full view of the ceiling dome in Suleymaniye Mosque

Side view of Suleymaniye Mosque, devoid of people.

Blue Mosque at dusk, from a rooftop in Sultanahmet

Inside the Blue Mosque

Lighter tones and delicate designs inside the Blue Mosque

On a Sultanahmet rooftop, gazing out at the Bosphorous

And on my last night in town, the two images that have etched themselves in my mind more firmly than all the rest:

Silhouettes of domes and minarets against a darkening sky

And the cobblestones of Istanbul, inviting me to continue my exploration.

For those interested in a pinhole shoot, there are a few ways to do so: a DIY version (definitely my pick), poking a hole inside your lenscap and shooting through it, or buying ready-made pinhole lenscaps (for the Micro 4/3ds crowd, PhotoJoJo’s got a 69$ option for Sony cameras) for your pinthole photography funsies. The EP-3 also has a “pinhole” setting, which is what got me going on this route and products these Istanbul photos in the first place. Lots of fun to be had with any of these options. 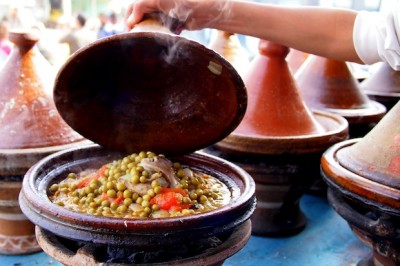 A guide to tagines in Morocco 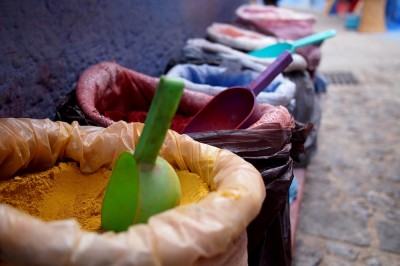 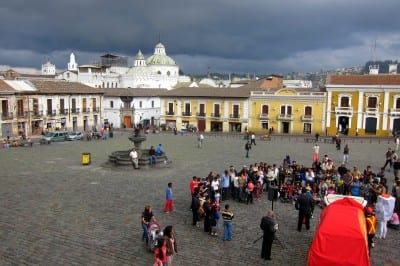 Photoessay:
The Quito that I Love