The smell of pine trees remains one of the more pungent reminders of Canada, bringing me back to weekends in the forest in the Eastern Townships, to long hikes, and to snow-covered branches. Of all the different pines — and I do love them all — the Norfolk has been a recent favourite, its spines turned upward like hands reaching for the sky.
I first found the Norfolk in Morocco, on the trip from Tangiers to the blue city of Chefchaouen. Craning my neck to get a better view from the bus as it careened through the Rif mountains, I tried to etch its distinctive shape in my mind. I am sure I had seen variations of this tree prior, but the one in Morocco stood out. I still remember its sparse branches silhouetted against a darkening sky as my bus clumsily jolted along potholed roads.

While I got another glimpse in Chefchaouen, pine trees popping out of the landscape between patches of blue, I never followed up online to find the origin of this beloved tree. I now know that the answer is Norfolk Island, in the South Pacific. I know this because when I stepped out of the airport in Auckland, New Zealand, I quickly realized that there were Norfolks everywhere.

Thanks to Craig for stopping the car so I could snap this photo of my beloved pine tree.

When my Kiwi friends said to me “you’re going to love New Zealand,” they supplied very Jodi-friendly reasons. Llamas and alpacas. Terrific cheese. Kiwi fruits. Birds that look like dogs. (No, seriously. The country has a bird that looks like a dog. See below.) Beautiful glaciers. Delicious and reasonably-priced wine. Mussels the size of my head. Breathtaking coastline — lots of it. But no one said “oh and that tree you were obsessed with? WE HAVE THAT TOO.” This is the kakapo, a bird that looks like a dog. WANT.
(photo found on Reddit — obvs.)

My short trip to New Zealand — an extremely last minute, scrambled expedition to attend a best friend’s wedding on Waiheke — got off on the right foot. In my brief time on the North Island, I realized that all of the Jodi-friendly promises were true. The mussels were enormous. The llamas and alpacas were plentiful. And the landscapes were absurdly sculpted, almost surreal in their beauty.

When I stepped out of the airport clapping my hands together with glee because my Norfolk pine dotted the landscape like nobody’s business, I didn’t look at the other flora. But that, too, became an indefatigable source of wonder. I annoyed friends in the country with a constant stream of pointing, oohing and ahhing at the crazy trees that looked like something out of a Dr. Seuss book, curled and knotted with tufts of light leaves poking out of a dense underbrush. On the drive to Northland, I peered out of the bus window at huge purple ferns that looked like they would make great pillows, at lime green and silver ferns popping upward out of dark forests.

It was a wonderful trip. But it was too short, and served to whet my appetite for a country everyone seems to go bonkers for upon first sight. In case you couldn’t tell, I confess I went bonkers too. About the plants, about the trees, about the black sand beaches and ocean that stretched into the horizon in front of me. Despite some rainy weather, I still managed to get in fishing up in Northland, seeing the country through the eyes of people who love it, running around Auckland, catching up with friends from around the world and a day of sightseeing west of the city thanks to Craig from Indie Travel Media (who hosted me in town along with his lovely wife Linda).

Reunited and it feels so good: friends from all over, all meeting in Auckland. Thanks to Peter P. for the photo.

I’m saving Jana’s wedding photos and the story of how I met her fourteen years prior for another post. What follows are a few photos from my time on the North Island.

(1) The sun is blindingly bright, with burn time 10-12 minutes due to the depleted ozone layer in that part of the world. My post-dengue immune system didn’t handle the sun very well; my scalp burned even with a hat. Others who were not, uh, suffering from a mosquito borne illness seemed to fare better with the sun.

(2) For people who are celiac like me: while many places mark food as gluten-free, the kitchens are often not very knowledgeable about what that means. I ended up getting ‘glutened’ a few times because an item marked gluten-free was nonetheless fried in oil that was contaminated with bread products, or bread was toasted on grills that were also used for breaded items. This would not affect those with a less severe intolerance but for celiacs like me, please ask questions when you dine out. Your stomach will thank you.

One of many beautiful types of ferns on New Zealand’s north island.

A brief hike to get a better view of the water.

Lion Rock from above.

Piha from the north beach. A cloudy day for fishing in Northland.

The bounty! These made terrific fish curry and fish head soup. (Also, my feet for a size comparison)

Karekare is on the Hillary Trail, a spectacular multi-day hiking trail through the wild coast of Waitakere National Park. It’s about 70km total.

The pohutukawa tree, aka as the Kiwi Christmas tree because of its bright red flowers that bloom around the holidays.

Between Piha and Karekare beaches.

On the walk between Piha and Karekare beaches Another from the same wander.

I enjoyed the shapes of the flora in these photos. Such otherworldly plants for an Quebec traveler. Multicoloured bands of brush and sky in Northland.

View from the house on Waiheke, where Jana’s wedding was held. And on the ferry to Waiheke, the city of Auckland from the water.

One last photo of the skyline of Auckland.

This is a shorter photoessay than usual (my last long one was 41 photos), but that’s because I barely took out my camera. The trip was a reunion with one of my best friends after four years, the celebration of her wedding, and a time to explore a place through the eyes of friends I care about, who are proud of their country. I found myself using my iPhone and posting to Instagram, a quick and unobtrusive capture without breaking stride in enjoying every second of the trip.

In the words of Craig Mod, “software ate the camera, but freed the photograph.” I used to scoff at smartphones, believing that a bigger camera was a way to ensure I never forgot the memories of a place. But having a smartphone allowed me to capture and still gaze out of the window at those tufted trees and sparkling ferns without missing a beat.

I suppose this is a topic for a longer, different post. I don’t plan to wholly use networked photos in the future — my EP-3 photos from India were perfect for the long post about its ups and downs. But it was a nice reminder that instead of “big camera or no camera”, the smartphone serves as a small but sturdy bridge between the two.

(1) To those who purchased the Vietnam hand-drawn typographic food maps, thank you! Both the white and black t-shirts “tipped” meaning the orders will all be fulfilled. (If you’re still interested, the campaign will be running for only 1 more week.)

(2) For those in Singapore, I’m heading there for a few days in early April and will be having a reader meetup on Sunday the 6th. If you’d like to attend, please join this event on Facebook.

(3) I used to think that calling someone from New Zealand a “Kiwi” was derogatory because it was a fruit, and also a bird that can’t fly. But apparently neither of those things are sufficiently pejorative to warrant umbrage. It could be because Kiwis are patently unflappable (SEE WHAT I DID THERE? They are pretty chill, let’s admit) or because the Kiwi bird is damn adorable, but either way I’m posting it here because of the straw poll of 5 Canadians, we all thought it was a mean nickname. So, to all those others who might have also thought it was mean: you can use the word Kiwi. You’re welcome. (Or, you can use my preferred term:   “New Zealandish”.)

p.s. several people have asked about the photos. Yes. they are taken with a camera, no iPhone. No, I don’t edit in Lightroom or Photoshop, but I do crop  and straighten using the free Picasa tool. Camera is an Olympus E-P3 camera, with an excellent 20mm “pancake” Panasonic f/1.7 lens. 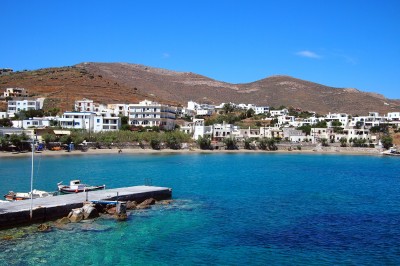 A Month on Syros, Greece:
Ermoupoli, Finikas & a Lot of Blue 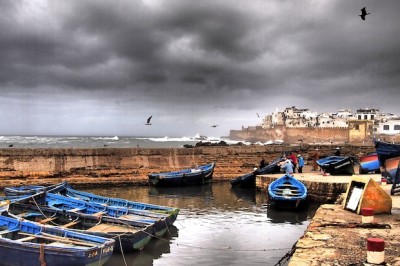 Essaouira, Morocco:
A City of Colours and Contrasts 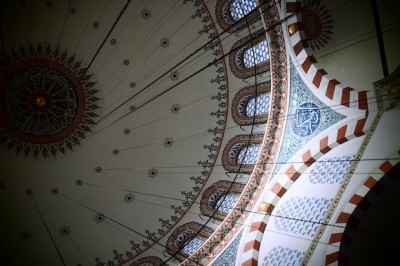 Photoessay:
Istanbul Through a Pinhole 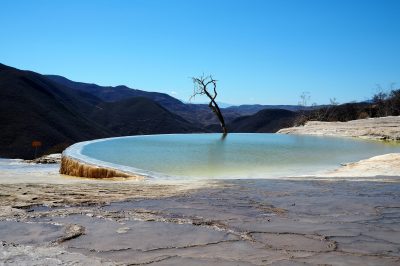 Best Photos of 2016 & Plans for the Coming Year