It’s Christmas Eve here in Bangkok, and it feels strange to be in the cloying warmth, without the snow and serious frostbite, and without my family. Traveling rarely leaves me feeling empty inside, partly because the euphoria of my collective experiences carries me above any fleeting loneliness, and partly because I’ve had the pleasure of meeting some astonishing people along the way.

Small World Stories from My Travels

Two things have remained constant within the sandbox of my long-term travels: the moment I become complacent is the moment the carpet gets pulled out from under my feet, and that I manage to stumble across the same people in completely different, seemingly unrelated places. The exciting foods, the divergent cultures, the myriad of transportation stories, the colourful locals: these all differ from place to place. But the complacency factor and drenched-in-destiny smallness of the universe have both remained immutable.

During my months in South America, I was amazed at how I kept running into the same people while traipsing through new countries. Granted, there is a fairly entrenched ‘backpacker circuit’ etched into the continent, but I was zigzagging around haphazardly and yet still bumped into familiar faces, time and time again. The culmination of my backpackery astonishment came when the door to my hostel in Valparaiso, Chile opened at midnight, and in walked two guys I had met 3 countries and 6 weeks ago. Needless to say, jaws dropped.

Then, Helen Yuet Ling Pang of World Foodie Guide, a fellow traveleater and Twitterer with way better photography skills and a well-deserved following, commented on my tweet about my camping out on an abandoned part of the Great Wall of China and the semi-disaster of a weekend that preceded it (spoiler: we couldn’t find the Wall). Helen mentioned that it might be a common occurrence; she too went to Jiankou and saw sleeping bags in the turrets of the Great Wall’s towers. The thing is: camping on the wall is illegal, and huge signs around the wall reiterate as much to anyone passing by.

Further, I checked with my friends who live in Beijing (and who camp there fairly often) and they insisted that they have never run into any other campers. I went back to Helen. “Are you sure you saw sleeping bags when you were there?” I asked. She was positive. So I checked my timestamps on the photos and told her I was there on the night of October 17, 2008. She took a look at her pictures and sure enough her timestamp was from October 18th. My friends are in her pictures, sleeping peacefully in the nooks and crannies of the crumbling wall. Bridged by a random interaction and fueled by technology, I had solid proof of how tiny the world can be. The coincidence sort of blew my mind.

Today, however, I found even greater evidence that the universe is bewilderingly tiny. I initially stumbled over to the excellent Dry Valleys blog via link aggregator MetaFilter. Chronicling Michael Becker’s “slightly terrified journey in Antarctica,” the blog is extremely engaging and the narrative at times humorous, at times educational and always interesting. His photographs are also fantastic; the scenes otherworldly and completely saturated with colour. I tweeted a link to his blog, left a comment and added him to my blogroll. Today, I left another comment and he sent me a quick email, noting that he had perused my blog and that he too had been on Gili Trawangan in the summer. “It would be a crazy coincidence” he added “if you had been there at the same time”. Well, as you’ve likely guessed, we were on Gili Trawangan at exactly the same time. Not only that, but we randomly met while eating a lunch of $1 nasi campur this past July, and bonded over our mutual love of Montreal. He left me his email address, but with my trip to Lombok and birthday volcano climbs, I never wrote. And today, I dug up my notebook from the depths of my backpack, and there it was: Michael Becker, with a footnote that read loves Montreal; can handle spicy nasi campur.

It’s hard to believe the guy emailing from a tent at the southern ends of the earth was the same tanned guy I shared some chicken and rice with a few months ago. Stranger still was the convoluted series of coincidences that led us to correspond today.

What is the lasting legacy of these insane coincidences? A lesson we were all taught as children, but one that often fades into the background over time: be nice to everyone you meet, because you never know when your paths will cross again.

Happy holidays, everyone! All the best for 2010.
-Jodi 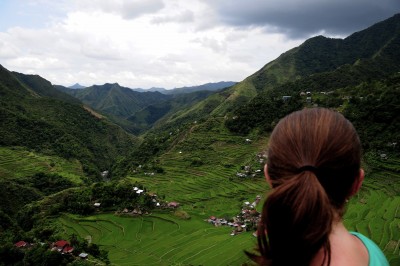 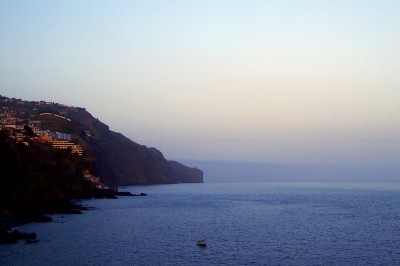 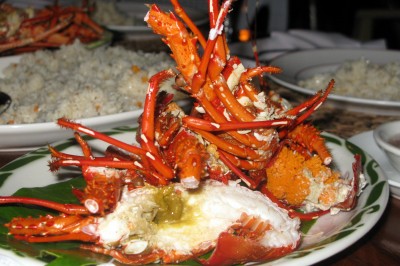 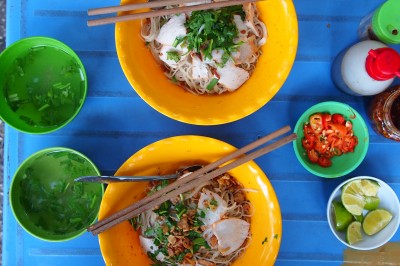 Why I Love Saigon