I just returned from my first trip to Umbria, in Italy. I thought that I would enjoy the conference I was attending in Assisi, and of course my few days following the event where I could see the region on a press trip with the tourism board. Instead, I left waxing poetic about Umbria, so much so that upon my return to Montreal my mother, exasperated, said “yes, yes we know you love Umbria. But how was the rest of your six months away?” I needed to show you this explosion of love for a tiny region in Italy, so I am sharing many photos from Umbria to try and convey what I enjoyed.

Credit for this newfound crush goes in large part to the team at Umbria on the Blog and to the regional tourism board, who put our itineraries together. With a choice between several trips, I opted for Food, Wine and Handicrafts (the first of six options), thinking it would provide fodder for an article on the history of olive oil, as well as some fun learning. And wine. We can’t forget the wine.

What I didn’t expect was a press trip that didn’t feel like a press trip at all. It was cozy and wonderful, full of newness and learning. Our guide Fabio had more enthusiasm than the rest of the country combined. He gesticulated wildly, he made fun of all of us equally, he acted as our DJ on the bus. (If you take a look at the video below, I am caught on camera shoving him into a wall. Playfully, of course. But that’s the kind of guide he was – fast friends with all of us.) We didn’t have 8-course dinners in big restaurants, we had tiny help-yourself-to-thirds meals at a farm, or jump-into-the-kitchen lunches at vineyards. We made candles, we made Rocciata, we laughed, we cried. Really, it felt like a family vacation. And that’s quite rare on a trip you didn’t even build yourself.

I’m going to divide up the photos into two separate posts, because if you’ve read this site for more than a few minutes, you know that food deserves its own lauding, which it shall have. As I’ve said on the LN Facebook page, I was shocked to find Italy the most receptive and accomodating to celiacs, enjoying my share of homemade gluten-free pasta, breads and more. The food, it shall be shown.

[May 19: A few of you have written to ask about what camera I was using. It’s an Olympus E-P3 Micro 4/3ds camera (not as big as a DSLR, but with interchangeable lenses) and many of these were taken with a 20mm, f/1.7 Panasonic lens, the rest with the kit lens, a 14-42mm]

Photos from my trip to Umbria, in Italy

The rest. We began in Bevagna for the handicrafts portion of the trip:

Bevagna on a cloudy, misty morning.

Bevagna: where cats match the walls.

Period workshop in Bevagna recreates how paper was made in medieval times.

At a time when we ought to have been learning about papermaking, a few of us snuck away to a more sinister end:

Other period recreations were left entirely up to us. Alex from Fluent in Frolicking, enjoying some rest.

We recovered from our obnoxious interlude and moved onto the artist’s portion of the day, one of my favourites. The studio displayed minerals ground into colourful powders, to be combined with egg yolks and affixed to canvas. Gold leaf accessorized the results with a celestial shine, and the results were deep colours of lapiz lazuli (blue), ground mollusk shells (purple), ochre (red) and – quite dangerously – white lead for the white hues.

Gold leaf for paintings in Bevagna.

Eggs for affixing the paint to paintings in Bevagna

Walking down the winding, narrow streets our guide Fabio ran into Luiggi Frappi, a well-known artist now living in Bevagna. Swiftly, we were invited up to his studio with a smile, photographing the many paintings and materials. I loved this mannequin facing the window, gazing down at the cobblestones below:

Inside Luigi Frappi’s studio in Bevagna, a last-second detour when we ran into him on the street.

Inside Luigi Frappi’s studio: tools for the painting (modern day, this time!)

Next up was candlemaking, more difficult than it seems. As you can see by the concentrated effort in the video below, getting an even twist isn’t simple. The results:

Candlemaking in Bevagna – more fun than you think possible.

… And then the drinking began.

At Terre Margaritelli we met the adorable couple of Federico Bibi from Italy and his wife Jennifer McIlvaine, from Philadelphia. Jennifer is a chef and blogs at Life…Italian Style and together they explained that while the vineyard had been around since the 1950s, they only started selling wines as a retail offering six years ago. Before that, the grapes were sold to other bottlers, divided into red and white sections but with little knowledge of what varieties were planted in the vineyard. So 12 years ago, they decided to replant everything and thus understand (and control) exactly what grapes were being used. They also decided to become certified organic and run the kitchen under the same principles. More to come from this vineyard in the food portion (my next Umbria post) but before I do, I’d be remiss to leave out the supermodel pony we met at lunch:

Farfalina, a lovely pint-sized wonder, was adorable until she backed into me at the end of lunch, covering my backside with pony hair. In turn, this spawned the unfortunate Twitter hashtag #ponyrub and caused the phrase “your ass is still covered in pony” to become part of Group 1’s lexicon.

As you can see, on day one we were already off to a roaring start.

Most of us hadn’t checked the itinerary for the afternoon, so we were surprised to realize we were headed to yet another winery, that of the Lungarotti family.

Lungarotti winery’s many wine processing steps – one of the bigger wineries in the region.

Olive Oil museum in Torgiano provided some great background to the delicious oils we had been sampling.

And also some techniques used throughout the ages.

Fortuitously, our trip took us through Torgiano on the Feast of Saint George, an annual event that celebrates the beginning of spring with porchetta, prayers and a giant bonfire with the older vines from last year’s harvest. Happily for me, it also included a tree that looks like broccoli:

Lungarotti winery invited us to the Feast of Saint George, where there were many trees that looked like broccoli.

The best part of the evening was that we were crashing a local event; this wasn’t at all about us, it was about the tradition of the region and about the food and wine that binds it together. We sat around with locals and munched on fresh fava beans, watching the tables of laughing people that surrounded us. With dusk came the first flames of the bonfire, eventually rising up into the clouds. Bit by bit smaller bonfires were lit in the surrounding hills. It was an intimate evening, and I felt lucky to have been invited to participate, even for just a few hours.

Bonfire at the Feast of Saint George in Torgiano

Our last day had us in Montefalco, visiting the beautiful church of San Francesco and an incredible library full of old manuscripts and coats of arms.

The crest of Montefalco set against its older books.

Church of San Francesco in Montefalco. The church is known for its fresco cycle on the life of St. Francis, from the Florentine artist Benozzo Gozzoli.

We lunched at another vineyard, this one owned by the Caprai family, and they were kind enough to invite us to see their clothing store and lace museum when we all made it clear we wanted to learn more. This kind of impromptu manoeuvring is part of what made the trip that much more fun; we all got excited about something, then Fabio or the hosts suggested we explore it further.

Dinner was at the tiny Mandorli farm I mentioned earlier, cooked by the nonna of all nonnas, a woman with a twinkle in her eye and some incredible talent in the kitchen. We all huddled on the deck, watching the sun set into Trevi.

A dark sunset over Mandorli farm in nearby Bovara (Trevi).

Exhausted, we arrived at our hotel to find Fabio had taken matters into his own hands. After two days of chanting for gelato, he and our hotel arranged for an impromptu gelato-making class, thick and delicious. At 11pm, already stuffed from a long evening of delicious food, we had no problems making room for a little more.

Like a choose-your-own-adventure that hones in on an inevitable conclusion, all of the mini press trips ended in Narni, coinciding with the Corsa all’Anello, a costume festival with Narnians in traditional Umbrian dress.

We ended the trip in Narni, Italy, with all the different post-conference trips coming together for one big meal.

We snaked through the narrow streets to see some of the sights in town (like the 13th century frescos below) and then met for a lunch served by volunteers from the costume festival, who took time out of their day to ensure we were fed.

Exploring church frescos from the 13th & 15th centuries in Narni

Of all the ways to end a trip like this, a town-wide medieval costume-fest seemed perfectly apt. With most of us heading to opposite directions with gave a last Group 1 hug and moved on, a colourful scene as a final farewell.

And capping off the week with the Corsa all’Anello, a traditional costume festival in Narni.

More to come from the food side, but below is all of the above in video format. Next up, a Thrillable Hours interviewee from Palau. 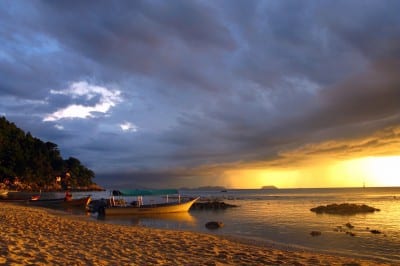 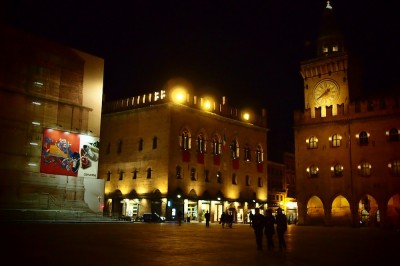 Bologna in a Blur 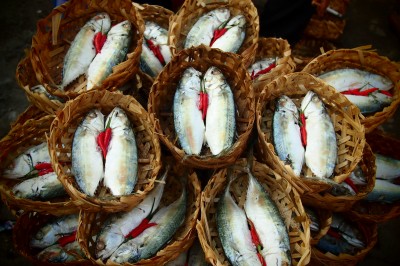 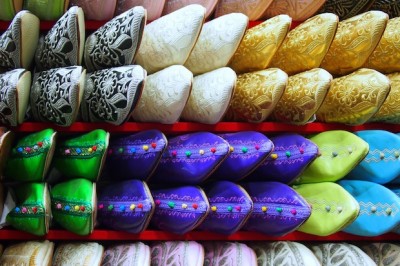 Morocco:
It’s All in the Details