There has been much discussion in travel blogging groups and at conferences about how to best match up tourism boards and the people who make their living from writing about places they visit. In an age where the traditional guidebook is important but an accessory to a growing body of information and work online, many tourism boards are trying new projects, a mashup of sorts between a traditional press junket and a more relaxed self-created itinerary, but with emphasis on social media sharing.

After my trip (my delicious, delicious trip) through Umbria, I made an extremely last minute decision to join a few other travel bloggers in Bologna. I had never been, I had nowhere to be until later in the month and the tourism board for the Emilia Romagna region had begun a creative project called Blogville, spearheaded by their very charming and – it has to be said – extremely adorable Nicholas Montemaggi.

The house worked like this: booking in advance with Nicholas, travel bloggers would arrive every few days into a quiet apartment in downtown Bologna (photos here). They had the option of seeing the city, wandering around and also taking part in smaller trips – to Modena for balsamico, to Maranello for Ferraris and racing cars, to Parma to eat Parmasean. There was no obligation to specifically write a certain amount of posts. Instead, it was a way to facilitate viewing the region, and do so with colleagues but in a more intimate setting than a traditional trip.

Say what you will about old media bumping up against new; I think Nicholas did a great job at putting together a sandbox for people to play in and inspire good work. For example, the posts from my temporary roommates the Two Oregonians, who I had the pleasure of meeting in Italy, reflect history learned, visitor information and genuine fun.

I had not planned to visit the city until I was invited by Kash, who was involved in planning the project with Nicholas. I thus crashed Blogville; despite not being a part of the official project, they let me stay on the couch as it was in its infancy. Also, I’m small enough that they assured me I’d be able to sleep on a footstool if needs be. (Happily, a couch was available.)  Given my unceremonious and unplanned arrival, I only remained at in the house for a few short nights. I didn’t want to overstay my dubious welcome after all. This also meant that I did not take many of the trips offered by the tourism board, but instead wandered around Bologna, a city I hadn’t planned to visit at all.

Piazza Maggiore under a full moon..

The lack of itinerary meant that I got to explore the city on my own schedule and without a guide, which was lovely. I was also able to get to know some of the colleagues I didn’t see in the chaos of Umbria, and I ate (oh did I eat!). Of note: there was a particularly delicious gelateria in town where all of the gelato was gluten free. I have no photos because I was too busy stuffing my face with gelato, but for those of you who are celiac as well, get thee to La Sorbetteria Castiglione.

One of Bologna’s remaining towers. In Medieval times, historians estimate that there were close to 180 of them in town.

One of the “Two Towers”, both of them leaning, in the heart of Bologna. Named after their the families who funded them (Asinelli and Garisenda) they dominate the views of the city. Especially lit up at night. They were built some time around 1000-1200AD.

Bologna has a very different energy than some of the other big cities in Italy. It’s a different type of liveliness – not a slow musing, not a haughty intensity but something more raw. The city is full of students, rich in culture and art and music and with all of those domains in one place, it’s no doubt that the lingering feeling is a quickened pulse and a reinvigorated spirit.

The city’s original inhabitants are said to have settled approximately 1000BC, and as the region passed hands (from Etruscans to Romans and more) it maintained its role as cultural capital. Much like another Northern City, Chiang Mai, it has been linked throughout history to learning and art – though unlike Chiang Mai, it did not have a prolonged quiet period when it was abandoned.

Of its many universities, of note is the University of Bologna, founded all the way back in 1088.  With a long history of education, curling, portico-filled street, narrow and mysterious and cobblestone squares, it was a big change from Asia and a lovely snapshot of a city I’d like to see in more detail.

Giambologna’s Fountain of Neptune in Bologna, shadow reflecting on the walls of Piazza Maggiore.

The Fountain of Neptune, reflected in light.

It’s a gorgeous place, and I’m sure you’ll agree. Here are some more of the photos from my brief trip to Bologna:

One of the many colourful streets of Bologna.

A contrast of new and slightly older. Loved the colours in this city.

Bologna is also famous for its sprawling porticoes, which circle much of the historical centre. Just beautiful to see.

Loved the contrast of the Bologna police uniforms with the telephone booths. These police officers were taking off the many advertisements on the garbage bin, and I snuck this photo during lunch.

Cafe culture is very prominent in Bologna – no complaints from me.

Uh, that’s a lie. THIS was definitely a complaint. Though no bird crap on me, so it wasn’t too troublesome!

The most famous of Bologna’s towers (one’s clothed, however) during the day.

Beautiful artwork in the Art Hotel Commercianti, who graciously put us up on our first night in town.

What? That’s just a knight in our lobby. (Also at the Art Hotel Commercianti)

Balsamico from Modena. This was decades old and so incredibly sweet and thick – we ate it with a spoon and a fistful of fresh Parmesan

Only in Italy would Risotto rice in its packaging remain a beautiful photo.

Me and Kash, who helped organize the Bologna Blogville project and who was the one to invite me and Angie.

My Blogville roommates: Vago, Nicholas, Angie and Kash. And in shadow, Alexandra, me and Alex.

And, a final bonus from the trip: we were interviewed by Cosmo Mag in Italy while in the apartment and they published my interview whilst calling me … The Ettenberger. HA! 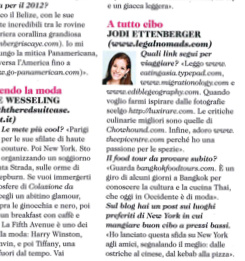 It sounds like the name of a new food…..

Thanks to Nicholas and the Emilia-Romagna tourism board for the last minute “hey let’s just add her to the house!” acceptance, and to the Art Hotel Commercanti for hosting me on the first night, when the Real World Bologna BlogVille house was full. ;) 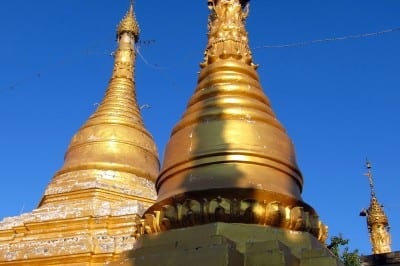 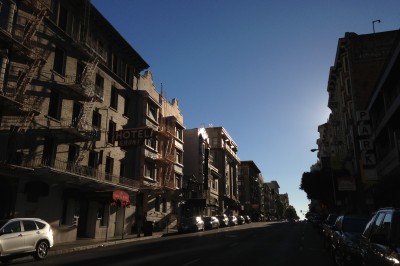 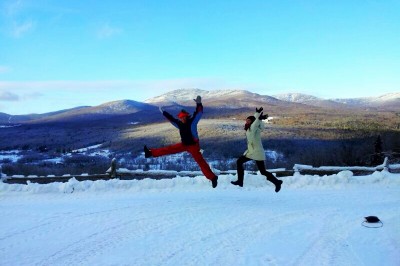 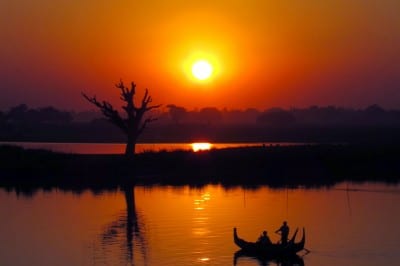